After losing the presidential election to Joe Biden, Trump has largely disappeared, prompting a flurry of jokes on social media, reminiscent of the barrage of ‘Hillary in the woods’ memes that dominated the internet in the wake of her 2016 election loss. 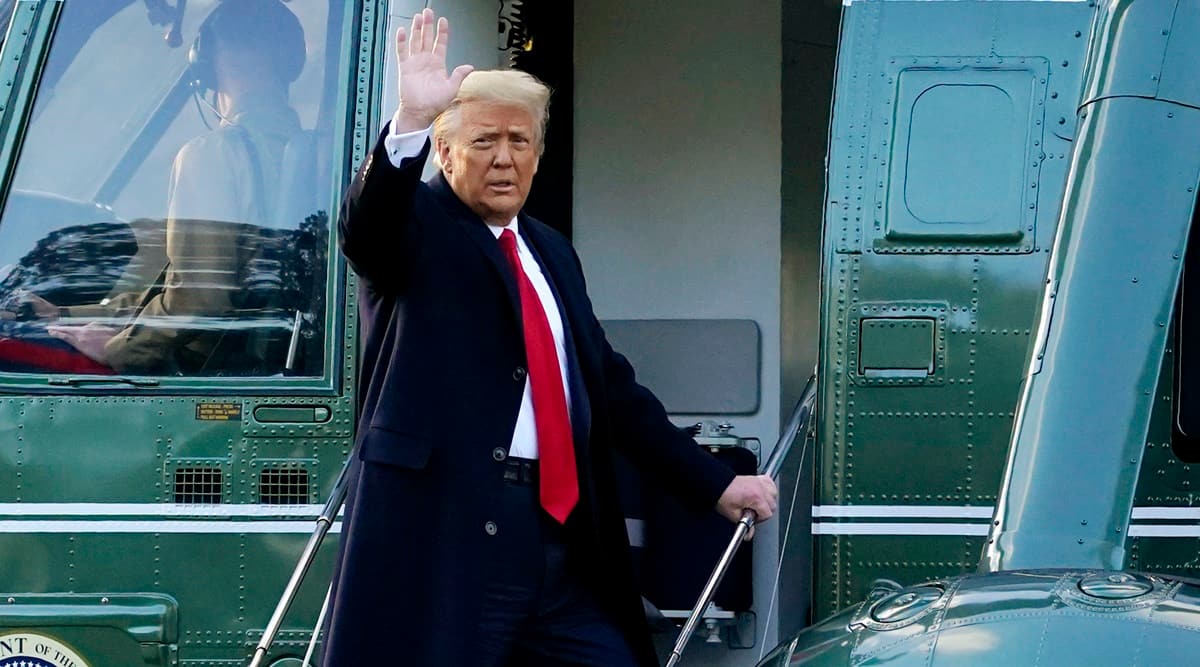 It’s been almost half a year since President Donald Trump vanished from social media timelines. In January, accused of instigating armed groups of his supporters into storming the US Capitol building, President Trump was banned from virtually every social media platform including Facebook, Instagram, and most condemningly, Twitter, on which he had nearly 90 million followers. Since then, Trump’s ability to reach out to his supporters and the general public has declined significantly. So has his visibility.

A recent investigation conducted by the Washington Post found that Google search interest and cable news images of Trump have both returned to roughly where they were before he ran for office. That marks a sharp contrast to the days in which a simple typo, covfefe being the most notable, dominated the 24-hour news cycle. After losing the presidential election to Joe Biden, Trump has largely disappeared, prompting a flurry of jokes on social media, reminiscent of the barrage of ‘Hillary in the woods’ memes that dominated the internet in the wake of her 2016 election loss.

During the election, several media outlets speculated on what Trump’s future would look like were he to lose to Biden. Given his almost omnipresence at the time, it was virtually inconceivable to imagine a world without him in it. Some claimed that he would break away from the GOP and form a third party, while others maintained that he would leverage his business acumen and significant supporter base to create his own conservative media outlet. According to extreme and apocalyptic predictions, Trump would even refuse to accept the results of the election and operate as a ‘leader-in-exile’ along the lines of Napoleon Bonaparte or perhaps more appropriately, Idi Amin. Despite many attempts at trying, no one could have anticipated how the situation played out in reality. Much like his Presidency, Trump’s post-Presidency has been controversial and unpredictable, the latter, most notably, because the man who loved nothing more than being in the limelight, seems to have slowly retreated into the shadows.

There is no one blueprint that former US Presidents adopt when their time in office comes to an end. Some go on to have distinguished careers like William Taft who became a Supreme Court Justice. Others, like Teddy Roosevelt who notably led a big game hunting expedition to Africa, choose more adventurous paths. Arguably representing the most successful post-presidency, one-term President Jimmy Carter went on to establish the Carter Center and became a leading statesman and humanitarian. However, most former presidents are content with retiring from public life, spending time with their families and writing their memoirs. After Franklin Roosevelt started the tradition in 1941, all former Presidents have also established a Presidential library (including Nixon, who infamously resigned in disgrace). Given his disregard towards the rule of law, the environment and human rights while in office, Trump is unlikely to follow the Taft, Roosevelt or Carter routes. Additionally, establishing a library takes time and more importantly, signals an end of one’s Presidential aspirations. Trump has not yet ruled out the possibility of running again in 2024 and is thus unlikely to channel his efforts into planning a library or for that matter, focus on devoting time to his family. Trump was an unconventional President to put it mildly and although we are still in the early days, his behaviour after leaving office will presumably also deviate significantly from that of his predecessors.

All this speculation begs the question of what Trump has actually been doing. The answer, however, is less than straightforward. Without platforms like Twitter to engage with his supporters (and detractors), Trump is no longer able to share his every thought with the world. He has reportedly been living at his Florida resort, the Mar-a-Lago, engaging in daily games of golf and occasionally making an appearance at parties to greet his fans. After fervent expectations that he would build his own communications empire along the lines of Rupert Murdoch, after months of anticipation, Trump announced in May, that he would be revolutionising the media landscape by starting a blog. Named ‘From the Desk of Donald J. Trump,’ his eponymous blog was only operational for around a month. However, in that short-lived period, Trump managed to use it to peddle some of his most popular stump speeches. With almost remarkable levels of pettiness, Trump issued statements attacking everyone from Mitt Romney to vanquished foe Paul Ryan. For good measure, he also took the time to restate his belief that the 2020 election was stolen from him along with several other unfounded claims.

Trump’s media absence may not be permanent however, with one of his former aides seemingly confirming that he would be joining another social media platform in the future. Even without social media though, Trump has other ways of sharing his thoughts with the public. At a Conservative Political Action Conference, Trump used his keynote address as an opportunity to call out each of the 10 House Republicans who voted to impeach him (the second time). He has also backed Republican candidates, notably, his former press secretary and a candidate running against the Georgia Secretary of State who drew Trump’s ire by refusing to overturn the state’s election results in November.

Even the GOP establishment has failed to escape his wrath. Speaking to a room of Republican officials and donors, Trump described Senate Minority Leader Mitch McConnell as a “dour, sullen and unsmiling political hack.” Allegedly, his initial criticism of McConnell was even more scathing, calling him a man “of many chins but not enough smarts” before being persuaded by his staff to tone down the messaging. Trump also sent out cease and desist orders to some of the largest Republican fundraising entities, including the Republican National Committee, for using his name and likeness on fundraising emails. Those organisations have so far refused to comply with Trump’s demands. However, between his own legal complaints and the multitude of complaints made against him, Trump’s lawyers have seemingly been racking up lucrative billing hours. There have been multiple civil suits filed against Trump on behalf of people injured during the Capitol riots and more damningly, a defamation suit put forward by writer E. Jean Carroll, who accused him of sexual assault in 2019.

Additionally, Trump is facing two criminal investigations against him. One is in Georgia where he has been accused of trying to intimidate the same Secretary of State mentioned earlier into ‘finding’ him enough votes to win the election. And the other is in New York where the State Attorney General is investigating potential fraud by the Trump Organization. Were these lawsuits to go against him, the former would trigger a jail sentence and the latter would potentially drive him into bankruptcy. With his business in difficulty and the IRS poised to issue a decision on whether he is guilty of tax violations, Trump may have to spend his post-presidency proving his mettle as a businessman in order to pay off his various debts and fines. Donald Trump Jr., for his part, has been contributing to the family bank account by charging fans upwards of $500 for the privilege of receiving a personalised video from the eldest Trump son.

However, none of these lawsuits, outbursts, scandals or controversies have affected the former President’s popularity with his base. In one of his few truthful statements, Trump declared that polls currently peg him as the leading Republican Presidential Primary candidate for the 2024 elections. A Quinnipiac University poll, amongst others, confirmed this proclamation. It found that 66% of Republicans would like to see Trump run for President again, while only 30% said they would prefer he not. Furthermore, 84% of Republicans say they have a favourable opinion of Trump, although that number reduces significantly to 37% when the numbers include the general population. Trump also raised around $250 million between the election and Biden’s inauguration along with an additional $31 million since he left office. Those funds will be placed into a Super PAC and used to either support Trump’s pick of mid-term candidates or his own bid for the Presidency in 2024. With his past track record, nothing can be said with any certainty but Americans seeking to finally escape this warped reality may spend their time hoping that Trump remains in the shadows for the foreseeable future. Given his litany of legal and financial entanglements, he may well have no choice but to do so.