So far, Trump has decisively won Texas, Ohio, Iowa, and Florida among the 13 battleground states. On the other hand, Biden has taken a decisive lead in Arizona, Minnesota, and New Hampshire.

The US presidential election, in all likelihood, will go down to the wire, as incumbent Republican Donald Trump and his Democratic challenger Joe Biden slug it out in key battleground states. With this year’s election seeing a record mail-in votes due to the covid pandemic, the suspense over who will occupy the Oval office might continue till the last state is called.

Pennsylvania, an important battleground state which holds 20 crucial electoral college votes, announced in the wee hours of Wednesday that their next update would be only after 9 AM (local time). A clear picture is yet to emerge in other battleground states such as Michigan, Wisconsin, North Carolina, Georgia, and Nevada.

So far, Trump has decisively won Texas, Ohio, Iowa, and Florida among the 13 battleground states. On the other hand, Biden has taken a decisive lead in Arizona, Minnesota, and New Hampshire. Follow US Election 2020 Results Live Updates

As the results started to pour in, Trump, in an address from the White House, claimed that a “major fraud” is being perpetrated on the American people, adding that he will fight election in the Supreme Court.

“Frankly we did win this election,” Trump claimed. “Millions and millions of people voted for us.” 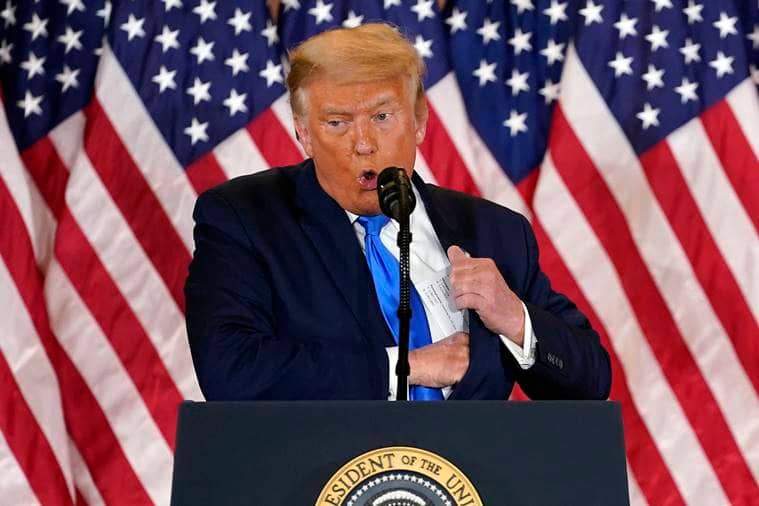 “We were getting ready for a big celebration. We were winning everything. And all of a sudden it was just called off,” he said.

Without citing any evidence, Trump claimed that a “major fraud” was being committed. “This is a fraud on the American public. This is an embarrassment to our country,” the republican leader said.

On track to winning election: Biden

Biden, on the other hand, asserted that he’s on track to “win this election”. “Keep the faith guys. We are going to win this (election),” 77-year-old Biden told a crowd in his hometown of Delaware.

“We knew this was gonna go long. But who knew we were gonna go into tomorrow morning maybe even longer. But look we feel good about where we are. We really do. I’m here to tell you tonight we believe we’re on track to win this election,” Biden said in a speech in the wee hours of Wednesday. “We knew because of the mail-in voting this would take longer than usual. … it ain’t over until every ballot is counted. Every vote is counted,” Biden said in his short speech.

Biden said that they were confident about the Arizona results, which has voted for a Democrat for the first time in 72 years. “We’re confident about Arizona. That’s a turnaround. We also just won Minnesota. And we’re still in the game in Georgia. We’re feeling really good about Wisconsin and Michigan. And by the way it’s going to take time to count the votes but we’re going to win Pennsylvania,” he said.

In an impressive show, all the four Indian-American Democratic lawmakers — Dr Ami Bera, Pramila Jayapal, Ro Khanna and Raja Krishnamoorthi — have been re-elected to the US House of Representatives. 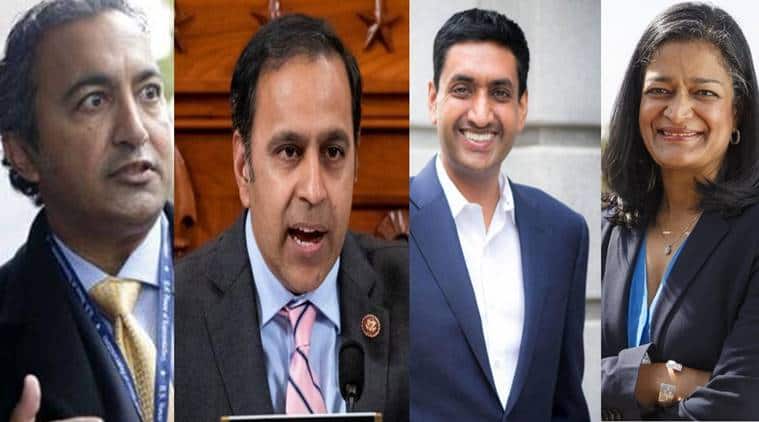 The Indian-American community has emerged as a force to reckon with for the first time in the history of the US presidential election. Both the Democrat and the Republican campaigns had initiated several measures to woo the approximately 1.8 million members of the community who have emerged as a critical voting bloc in the battleground states of Florida, Georgia, Michigan, North Carolina, Pennsylvania, and Texas.

About 69 per cent American-Muslims vote for Biden: exit poll

Nearly 69 per cent Muslim voters cast their ballot for Joe Biden while 17 per cent supported Donald Trump, according to a survey conducted by Muslim civil liberties and advocacy organisation in the US, PTI reported.

The Council on American-Islamic Relations (CAIR), the US’ largest Muslim civil rights and advocacy group, released the results of its 2020 Muslim Voters Presidential Election Exit Poll on Tuesday. CAIR’s poll of 844 registered Muslim voter households found a high Muslim turnout with 84 per cent reporting that they voted in the US election, with 69 per cent voting for Biden and 17 per cent for Trump. Compared with the 2016 election, in which then President-elect Donald Trump received a 13 per cent of the Muslim vote, Trump in 2020 received 4 per cent more support.

On Tuesday night, more than 1,000 people gathered around Black Lives Matter Plaza, just a block away from the White House, in protest of Trump. A crowd also marched through parts of downtown Washington, sometimes blocking traffic and setting off fireworks. 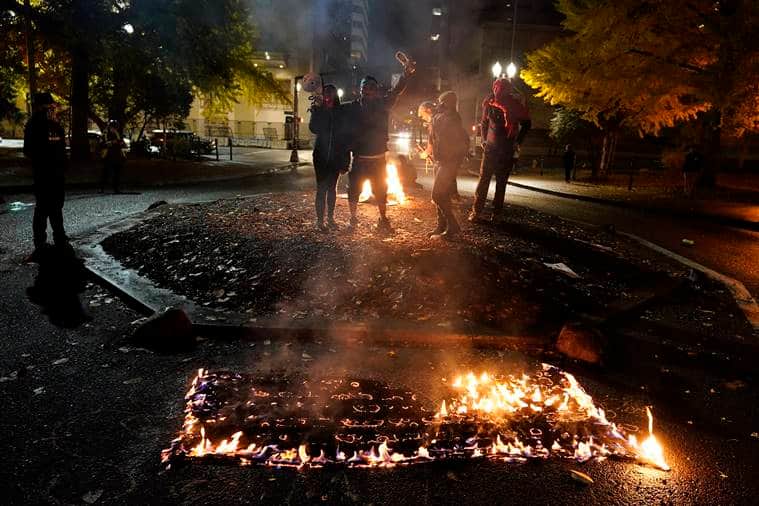 Scattered protests also took place from Seattle to New York City, but across the US there were no signs of serious violence or widespread unrest in the hours immediately after the polls closed.

The demonstrations in Washington were largely peaceful, with people shouting, “Whose streets? Our streets!” and “If we don’t get no justice, they don’t get no peace!” Groups of teenagers danced in the street as onlookers cheered. Large banners, including one reading “Trump lies all the time”, were unfurled.

Facebook also flagged a Trump post which said: “We are up BIG.” The social media company said “final results may be different from initial vote counts as ballot counting will continue for days or weeks.”