The optics underscored Trump’s disinterest in such forums 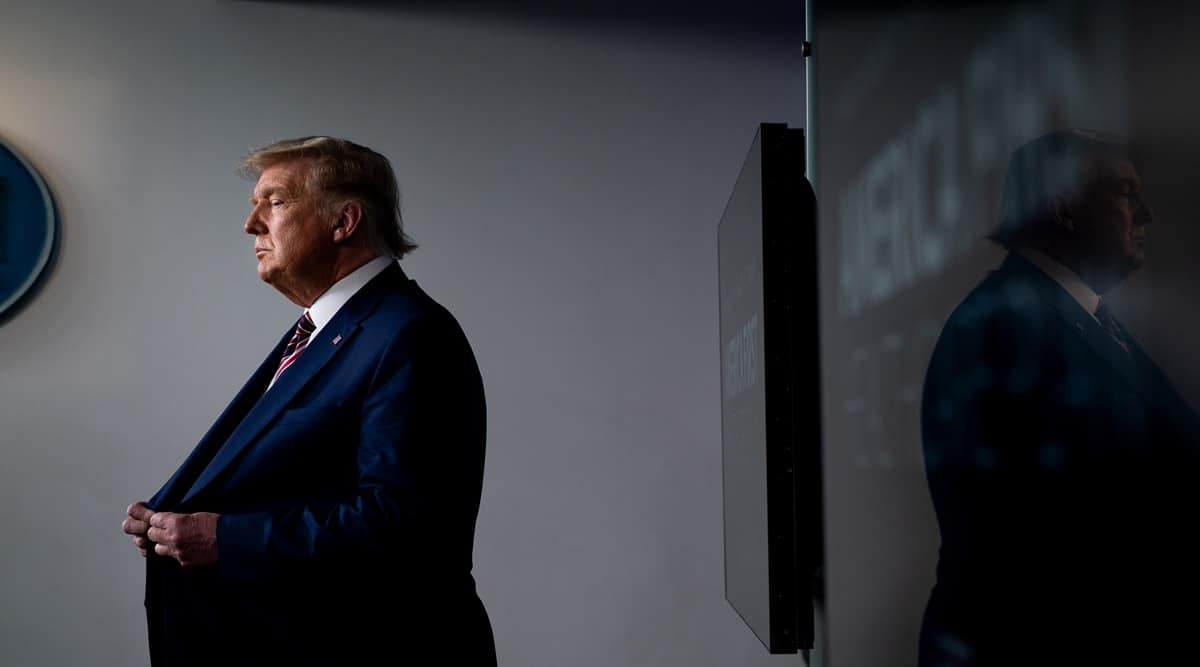 As leaders from across the globe began a virtual summit discussing issues from the coronavirus pandemic to climate change, Donald Trump’s thoughts were elsewhere — on the tussle over the U.S. election.

The president kept his head down, staring at something on his desk out of sight during a nine-minute speech on Saturday by Saudi King Salman bin Abdulaziz, who welcomed countries taking part in a meeting of the Group of 20 nations hosted by his kingdom. The speech and footage of other leaders was shown live on the official G-20 website.

Then, within moments of the monarch ending his address, Trump tweeted to comment on an encounter with Republican leaders of the Michigan state legislature. He promised: “We will show massive and unprecedented fraud!”

The optics underscored Trump’s disinterest in such forums. After a flurry of tweets, he delivered his own remarks before leaving the virtual session and heading to his golf course near Washington, D.C. Trump has appeared only occasionally in public since his election defeat, though he continues to insist he won and is pursuing long-shot legal strategies to cling to power.

That has included an apparent effort to pressure state lawmakers to simply reject the public results and flip their state to him. Trump’s post after the Saudi king’s remarks was in response to a tweet by Michigan Senate Majority Leader Mike Shirkey, who met Trump at the White House on Friday along with House Speaker Lee Chatfield. “We have not yet been made aware of any information that would change the outcome of the election in Michigan,” Shirkey and Chatfield wrote in a joint statement.

Trump went on to send further tweets alleging voter fraud and commenting on his son, who has been diagnosed with Covid. That’s even as leaders continued their discussions in private.

The president has often clashed with other leaders during such summits over the past four years, especially on issues such as multilateralism, climate change and international trade.

In Trump’s own opening remarks to the meeting he said the U.S. under his watch had made the world safer, strengthening NATO, defeating Islamic State and fighting terrorism, according to two G-20 nation officials with knowledge of the proceedings. He claimed America had been efficient in fighting the pandemic while touting low unemployment and what he said was surging demand in the U.S. economy.

Specifically on a Covid-19 vaccine, Trump repeated his long-held stance that “every American” who wanted one should have access, according to one official with knowledge of his remarks — implying such shots should be optional. He touted progress by Pfizer Inc. and Moderna Inc. specifically, the official said.

Unlike other leaders, Trump did not speak of the need to share vaccines around the world, especially with poorer nations. He also urged fellow leaders to reject lockdown measures as a tool to control the virus, one official said.

Shortly after his remarks, Trump left the virtual session — as U.K. Prime Minister Boris Johnson was speaking — and was replaced first by Treasury Secretary Steven Mnuchin and then White House economic adviser Larry Kudlow, according to officials familiar with the meeting. Some other leaders also dropped off after giving their speeches, they said.

A U.S. official said it was standard practice for leaders to come and go during such summits, which can go for many hours. The official, who asked not to be identified discussing private matters, said the president stayed for at least the first hour of the meeting.