Administration officials overestimated how quickly Americans would start spending money in restaurants and theme parks, and they underestimated how many people wanted to order new cars and couches. President Joe Biden’s top economists have worried from the beginning of his administration that rising inflation could hamstring the economy’s recovery from recession, along with his presidency. Last spring, Biden’s advisers made a forecasting error that helped turn their fears into reality.

Administration officials overestimated how quickly Americans would start spending money in restaurants and theme parks, and they underestimated how many people wanted to order new cars and couches.

Biden’s advisers, along with economists and some scientists, believed that widespread availability of coronavirus vaccinations would speed the return to pre-pandemic life, one in which people dined out and filled hotel rooms for conferences, weddings and other in-person events.

Instead, the emergence of the delta variant of the virus over the summer and fall slowed that return to normalcy. Americans stayed at home, where they continued to buy goods online, straining global supply chains and sending the price of almost everything in the economy skyward.

“Because of the strength of our economic recovery, American families have been able to buy more products,” Biden said this month at the Port of Baltimore. “And — but guess what? They’re not going out to dinner and lunch and going to the local bars because of COVID. So what are they doing? They’re staying home, they’re ordering online, and they’re buying product.”

That view is the closest thing the administration has offered to an explanation for why the White House was surprised by the size and durability of a price surge that has hurt Biden’s poll numbers and imperiled part of his economic agenda in Congress. From the administration’s perspective, the problem is not that there is too much money sloshing around, as Republicans and some economists insist, but that consumers are throwing an unexpectedly large amount of that money at a narrow set of things to buy.

To illustrate the point: If Biden had sent people travel vouchers or DoorDash gift cards for services — instead of giving Americans direct payments as part of his rescue plan in March — something that was never a live option — the inflation picture might look different right now.

Inflation has risen across wealthy nations over the past year, but it has risen faster in the United States, where prices rose 6.2% in October from the year before. America’s inflation has been exacerbated, in part, by Biden and his predecessor, Donald Trump, pouring more fiscal support into the U.S. economy than their counterparts did elsewhere, at a time when consumption patterns shifted and did not rapidly snap back to normal. 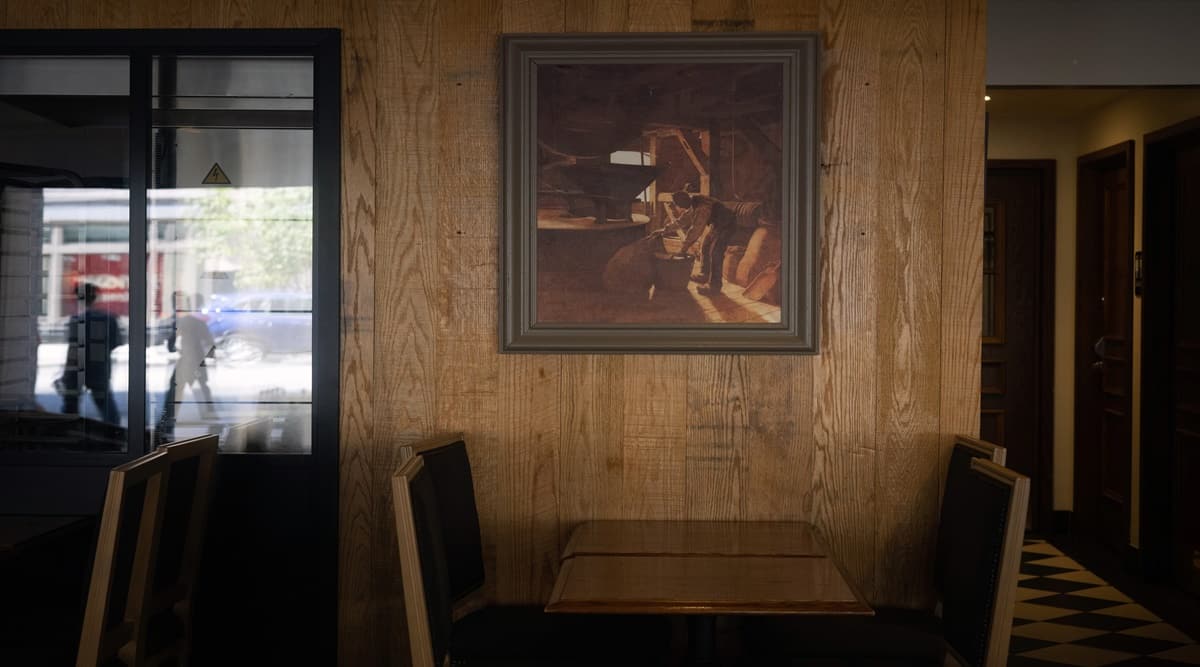 Republicans, and even some left-leaning economists such as former Obama administration officials Larry Summers and Jason Furman, have blamed the rapid price increases across the economy on the aid package that Biden signed in the spring. They say the package’s direct assistance to Americans, including $1,400 checks to individuals and enhanced benefits for the unemployed, fueled more consumer demand than the economy could bear, driving prices skyward.

Biden is betting that those critiques are largely wrong — and that the Fed would be wrong to follow their advice. His aides say excess consumer demand is not the driver of the fastest price increases America has seen in decades, and that the economy needs more fuel, not less, to complete the job of delivering wage and employment gains to historically marginalized workers.

The president wants Fed Chair Jerome Powell, whom he reappointed this week for a second term, to join him in that wager — by avoiding quick increases in interest rates that could choke off growth, and which would not address what White House officials see as the real cause of inflation: the virus.

“We’re still dealing with the difficult challenges and complications caused by COVID-19 that are driving up costs for American families,” Biden said Monday at the White House, in announcing Powell’s reappointment and laying the blame for inflation at the feet of the resurgent virus.

While prices are up broadly across industries and sectors of the economy, there is a wide gulf in the inflation rates of physical things people buy and the services they consume. The consumer price index for services is up 3.6% from the previous year. For durable goods, it is up 13.2%. And those goods represent a much larger share of America’s consumer spending than they did before COVID-19 hit.

On the eve of the pandemic, about 31% of American consumer spending went toward goods, and the rest toward services. In September, that share had risen to about 35%, down just slightly from its pandemic highs. Those few percentage points made a huge difference for supply chains, which were suddenly carrying record-shattering levels of toys, electronics and other goods from country to country, and straining under the load.

The $1.9 trillion rescue plan “juiced demand, and importantly for the inflation story, much of that demand played out in reduced consumption of in-person services and increased demand for manufactured goods,” Jared Bernstein, a member of the White House Council of Economic Advisers, said in a speech this week. “That, in tandem with the impact of the virus on transportation logistics, has played a role in elevated price growth.”

Powell offered a similar diagnosis at the White House on Monday. “The economy is expanding at its fastest pace in many years, carrying the promise of a return to maximum employment,” he said. “Challenges and opportunities remain as always. The unprecedented reopening of the economy, along with the continuing effects of the pandemic, led to supply and demand imbalances, bottlenecks and a burst of inflation.”

Bernstein, his White House colleagues and many liberal economists say the price increases should fade by next year. The current bout, while painful for consumers, is better than an alternative scenario where no rescue package was passed and the economy rebounded more slowly this year, they say.

“Avoiding a deep recession is a huge positive that needs to be set in the balance against the inflation we’re seeing now. There’s a deep denial about that,” said J.W. Mason, an economist at John Jay College of Criminal Justice, City University of New York, who is a fellow at the liberal Roosevelt Institute. He added, “I don’t think there’s a world where you get substantially less inflation where you also don’t get substantially more economic hardship.”

That tension has left White House officials to attempt to soothe rising prices largely by trying to relieve supply problems. In the spring, they formed a supply chain task force to cope with the continued high demand for products including semiconductors (which were crippling automotive production and sending car prices up), lumber (which was raising the costs of building homes) and food.

The administration has stepped up those efforts over the past month, announcing new actions and spending to reduce backlogs at ports and attempt to speed the gummed-up global flow of products, which has contributed to inflation increases through much of the wealthy world. On Tuesday, Biden announced he would release 50 million barrels of oil from the nation’s strategic reserve, in a concerted move with five other nations meant to drive down gasoline prices, which have surged as drivers return to the roads in recent months.

Officials are also betting that inflationary pressures will be eased by workers flocking back to the job market in the coming months as they deplete the savings they built from pandemic government assistance. They were buoyed Wednesday when the Labor Department reported new claims for unemployment benefits fell dramatically last week to their lowest level in a half-century.

Yet annual inflation continued to climb at its fastest pace in three decades, according to fresh data released Wednesday, with soaring energy prices and strong demand for goods and services pushing prices up 5% in the year through October.

The administration has found few large levers that it can quickly pull to ease the shipping delays that have helped push up the price of goods. Administration economists say they are considering all options for more action and are promoting some recent progress in reducing backlogs at ports. The lack of specific details — or even floated ideas from business groups or elsewhere — on what other policies could quickly clear supply chains is telling. Biden’s recent meeting on the subject with leaders of 14 countries at the Group of 20 summit in Rome produced no game-changing agreements on actions to pursue.

In the meantime, Biden’s team is hopeful that the Fed will maintain its patience with the recovery, and not pull back too quickly on its efforts to continue powering economic growth. One of the reasons Biden tapped Powell for another term, instead of elevating Lael Brainard, the Fed governor he chose to be vice chair, was the belief that Powell — a Republican appointee — carries a unique bipartisan credibility for his actions at a time when Republicans are hammering Biden over rising prices.

“In times like these, we need steady, tested, principled leadership at the Fed,” Biden said Monday. He added, without elaboration but with a clear intent: “And we need people of character and integrity who can be trusted to keep their focus on the right long-term goals of our country — for our country.”