The Kremlin has played down a military build-up on its border with Ukraine and has warned of "additional measures" if NATO sends troops to buttress its ally. 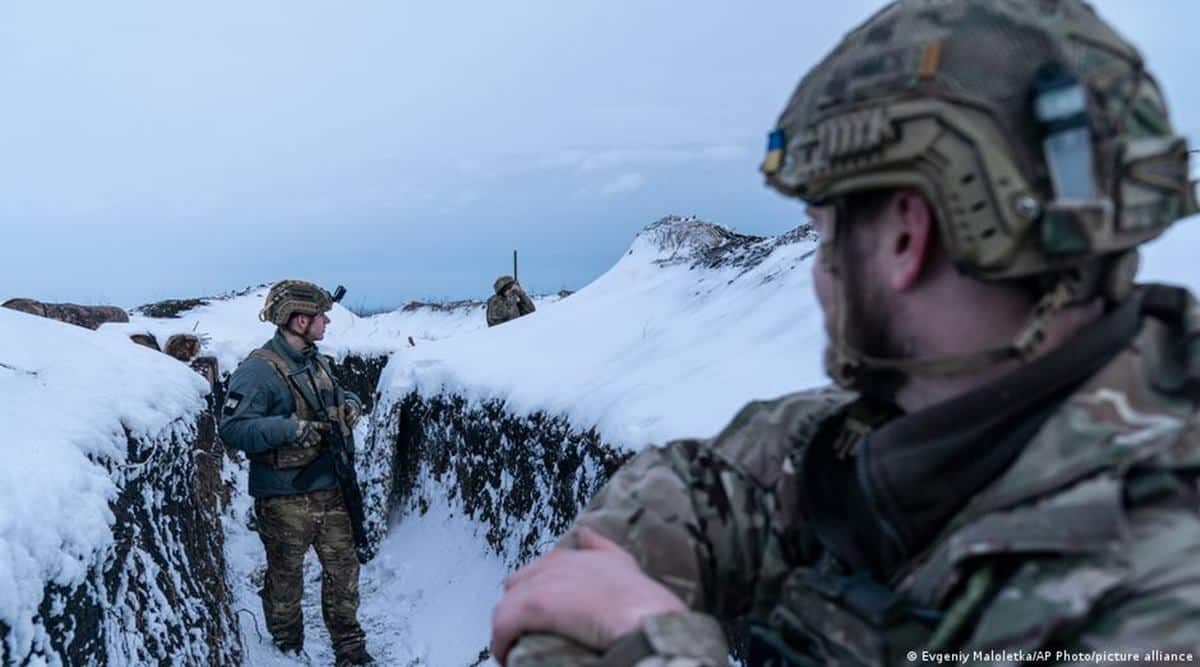 Russia on Friday warned NATO against sending troops to eastern Ukraine after Kyiv accused Moscow of building up a military presence on its border.

The Interfax news agency cited Kremlin spokesman Dmitry Peskov as saying that any deployment of NATO troops would “undoubtedly lead to further tensions” and that the Russian side would then “have to take additional measures to ensure their security,” without giving specifics.

Peskov played down Russian troop movements near the joint border, saying that “Russia is not threatening anyone.”

His comments came as the Russian military announced Friday it would hold military exercises close to the border, involving more than 15,000 troops, as well as electronic warfare and air defense units.

Peskov was responding to a warning to Moscow from Washington against “intimidating” Ukraine after US forces in Europe raised their alert status following the “recent escalations of Russian aggression.”

US Defense Secretary Lloyd Austin on Thursday spoke with his Ukrainian counterpart and pledged to stand by Kyiv in the event of further Russian hostility.

Austin’s remarks were backed up by US President Joe Biden in a phone call with Ukraine’s President Volodymyr Zelenskiy on Friday.

“President Biden affirmed the United States’ unwavering support for Ukraine’s sovereignty and territorial integrity in the face of Russia’s ongoing aggression in the Donbas and Crimea,” a White House statement said following the call.

Meanwhile, German Foreign Minister Heiko Maas and his Ukrainian counterpart Dmytro Kuleba agreed Friday that “de-escalation is now crucial in order not to put at risk the ceasefire,” according to a German Foreign Ministry statement on Twitter following their conversation.

Weeks of renewed frontline clashes have shredded a ceasefire and raised fears of an escalation of the simmering conflict in the eastern Donetsk and Lugansk regions.

The war broke out in 2014 following a change of government in Kyiv and Moscow’s annexation of the Crimean peninsula and has claimed more than 13,000 lives, according to the United Nations.

Just a week ago, four Ukrainian soldiers were killed in the conflict zone. While the deaths were originally reported as a mortar attack by pro-Russian separatists, later, the Ukrainian military said that snipers had shot the troops in the back.

In the Kremlin’s readout of the call, Putin placed the blame on Ukraine and urged Kyiv to enter into direct dialogue with local separatist forces.