Saeed, a UN designated terrorist whom the US has placed a USD 10 million bounty on, was arrested on July 17 last year in the terror financing cases. 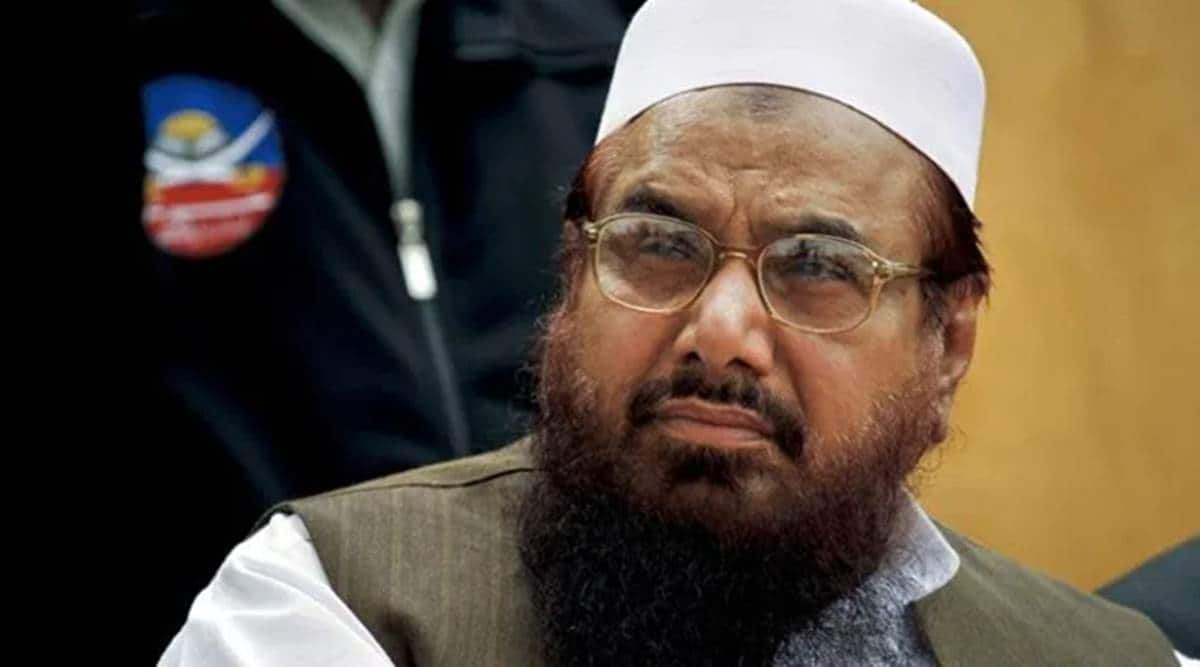 Mumbai terror attack mastermind and Jamat-ud-Dawa (JuD) chief Hafiz Saeed was on Thursday sentenced to 10 years in jail by an anti-terrorism court in Pakistan in two more terror cases.

Explained: What does the conviction of Hafiz Saeed mean?

He is lodged at the Lahore’s high-security Kot Lakhpat jail. Saeed and his two close aides – Zafar Iqbal and Yahya Mujahid – have been sentenced to 10 and a half years each, while JuD chief’s brother-in-law Abdul Rehman Makki was sentenced to six months imprisonment.

“Judge Arshad Hussain Bhutta of ATC Court No. 1 heard the case No. 16/19 and 25/19 filed by Counter Terrorism Department in which the verdict has been announced after the statements of witnesses were cross-examined by Naseeruddin Nayyar and Mohammad Imran Fazal Gul Advocate,” the official said.

Saeed-led JuD is the front organisation for the Lashkar-e-Toiba (LeT) which is responsible for carrying out the 2008 Mumbai attack that killed 166 people, including six Americans.

The US Department of the Treasury has designated Saeed as a Specially Designated Global Terrorist. He was listed under the UN Security Council Resolution 1267 in December 2008.