The former leader has already been charged over importing walkie talkies, since she was deposed in a military coup over two weeks ago. 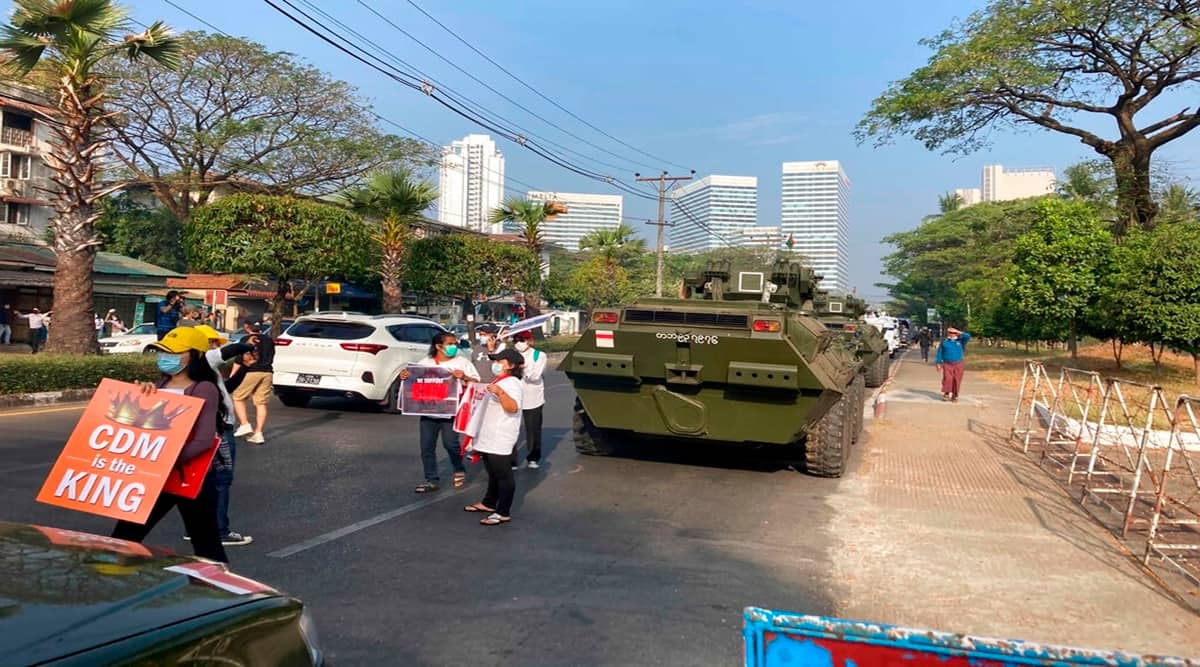 Suu Kyi was taken into custody on February 1 when Myanmar’s military staged a coup against her civilian government.

What is the new charge?

Although further details on the charge were not immediately available, the violation has been used to prosecute those who have violated coronavirus restrictions.

The charge may allow her to be detained indefinitely without a trial, due to changes to the country’s Penal Code that the junta implemented last week.

The rule change allows for suspects to be detained without court permission in certain cases, according to the Associated Press.

Suu Kyi has already been charged under the country’s import and export laws for having walkie talkies in her home that were imported without being registered.

What has the military said?

Suu Kyi’s lawyers and her National League for Democracy party have said they have not be able to make contact with her since she was detained.

Facing ongoing protests against the coup and calls for Suu Kyi’s release, Myanmar’s military said on Tuesday that she was “in good health.”

“It’s not like they were arrested — they are staying at their houses,” said military spokesman Zaw Min Tun at a press conference.

He added that Suu Kyi and President U Win Myint are being held at a “safer place for their security.”

Suu Kyi is believed to be under house arrest at her residence in the capital, Naypyitaw.

What is the latest with the protests?

Protesters across Myanmar took to the streets again on Tuesday.

The UN’s special envoy on Myanmar, Christine Schraner Burgener, told DW the junta “didn’t expect so many people to go out onto the streets.”

Some 3,000 demonstrators, mainly students, carried posters of Suu Kyi during a protest in Mandalay.

The protests in Myanmar’s second-largest city saw a lower security presence than on Monday, when authorities violently broke up the demonstrations.

In the economic hub of Yangon, police cordoned off the street in front of the Central Bank, where protesters have been gathering in recent days.

The United States, United Nations and dozens of other countries have urged the junta to return the country’s democratically-elected government to power.

“Unity around the world is very important to not accept this coup,” said Christine Schraner Burgener.