The Brooklyn site is one of two mass vaccination locations that opened in New York City on Sunday. The second one is located at Bathgate Contract Postal Station in the borough of the Bronx. 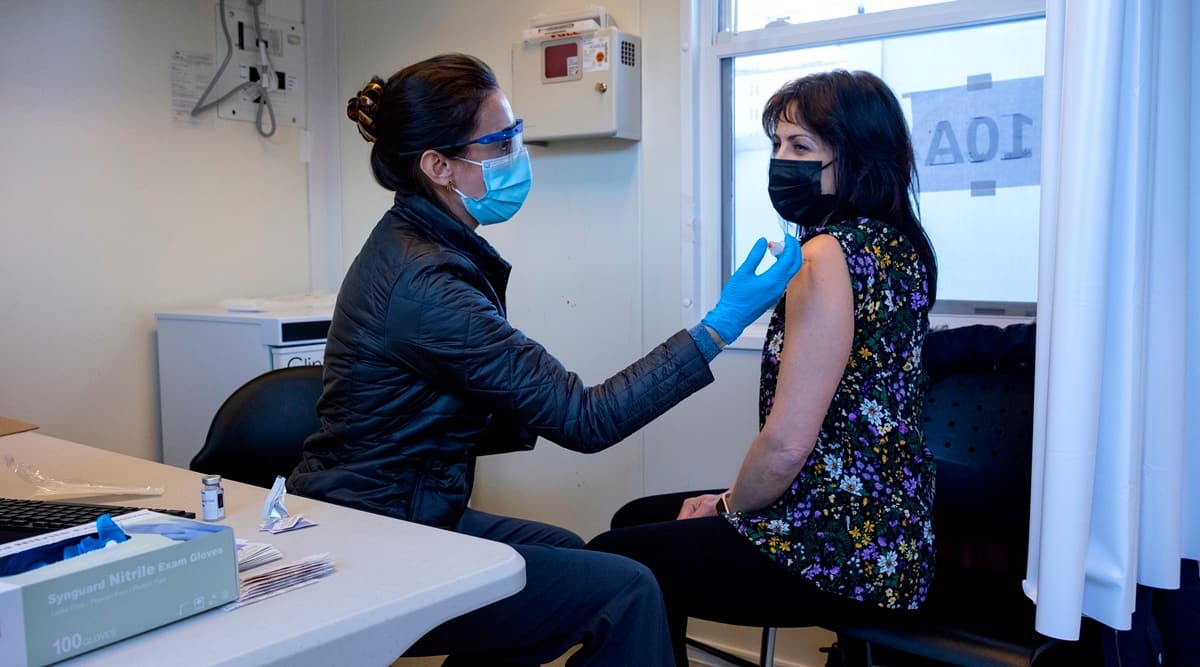 For Claudia Zain, a home healthcare aid in New York City, getting the first shot of the coronavirus vaccine on Sunday felt like being “a little part of history” that left her excited and hopeful for the future as the United States struggles to contain the raging pandemic.

“There’s so many emotions wrapped up in what’s happening right now and I’d like to be an inspiration for people who are wondering, ‘Can I do this? Should I do this?’,” said Zain, 47 after getting the shot at Brooklyn Army Terminal on a frigid Sunday afternoon. “You should do it because this is the way to move forward.”

The Brooklyn site is one of two mass vaccination locations that opened in New York City on Sunday. The second one is located at Bathgate Contract Postal Station in the borough of the Bronx.

The mass sites were open for part of the day on Sunday before they start operating round the clock, seven days a week on Monday as part of New York City Mayor Bill de Blasio’s push to set up 250 vaccination locations to meet the ambitious goal of inoculating 1 million New Yorkers by the end of the month.

Three other smaller sites also opened on Sunday in Brooklyn, the Bronx and in Queens.

In New York, like in much of the United States, efforts to get the two vaccines that have so far been authorized into the arms of Americans have moved slower than hoped due to a slew of issues. They included strict rules controlling who should get inoculated first, with some healthcare workers at the front of the line declining the shots, and a lack of planning or direction on the federal level.

As of early Sunday, New York City had administered 203,181 doses of the vaccines to its residents out of more than 524,000 doses that have been delivered, data from the city’s health department showed.

On Friday, New York Governor Andrew Cuomo, who previously said all healthcare workers should be inoculated before the state moved on to other categories, changed course, saying people aged 75 and over could receive the shot starting on Monday.

The U.S. Centers for Disease Control and Prevention (CDC) has said healthcare workers and nursing home residents and staff should have priority for the limited supply of vaccines. The agency softened that guidance on Friday, recommending that states move to those next on the list – people over age 75 and so called “essential” workers – to accelerate lagging vaccination programs.

The United States is now averaging 3,000 deaths and 245,000 new cases a day, according to a Reuters tally of public health data. Surging hospitalizations and overflowing intensive care units are stretching healthcare systems to the breaking point.

North Carolina and Virginia both set one-day records for new cases on Saturday. They are among 22 states that have set records for daily infections this month, and health experts warn new variants of the virus may lead to an even greater surge in infections.

A highly transmissible variant of the novel coronavirus first detected in the United Kingdom in December has now been found in at least nine U.S. states.

Dr. Scott Gottlieb, former head of the U.S. Food and Drug Administration who sits on the board of Pfizer Inc which makes one of the U.S. authorized vaccines, warned of the need for a better system to detect and combat new COVID-19 variants from the UK and South Africa.

“We’re going to have to update our vaccines and our antibody drugs and other therapeutics regularly to keep up with these new variants as they emerge,” Gottlieb said in an interview with CBS’ ‘Face the Nation’ on Sunday.