Fumio Kishida's task now is to prove he is the right choice to guide the Japanese economy out of the short-term Covid-19 crisis and to prepare it for the longer-term challenges ahead. Fumio Kishida came out on top in the leadership contest after receiving the influential backing of party grandees such as Shinzo Abe, prime minister from 2012-2020, and long-serving Finance Minister Taro Aso. Their view was that the veteran party man represented stability and continuity, compared with the popular but less conservative Taro Kono.

Yet when Kishida was confirmed as the successor last week, Japan’s benchmark Topix index fell by 2.1%, having hit 30-year highs immediately after it was confirmed that the outgoing prime minister, Yoshihide Suga, was resigning.

That may have reflected a degree of disappointment from investors that Kishida was chosen ahead of Kono, who is very popular with younger voters.

Kishida’s task now is to prove he is the right choice to guide the Japanese economy out of the short-term COVID-19 crisis and to prepare it for the longer-term challenges ahead.

Still a lot of stimulus

According to Shigeto Nagai, head of Japan Research at Oxford Economics, Kishida has little choice but to continue with existing economic policy in the country for now.

“On a fiscal policy front, as long as the economy suffers from the pandemic, the government will never hesitate to provide further fiscal support when necessary,” he told DW. “Oppositions parties also have no reasons to block generous fiscal measures.” 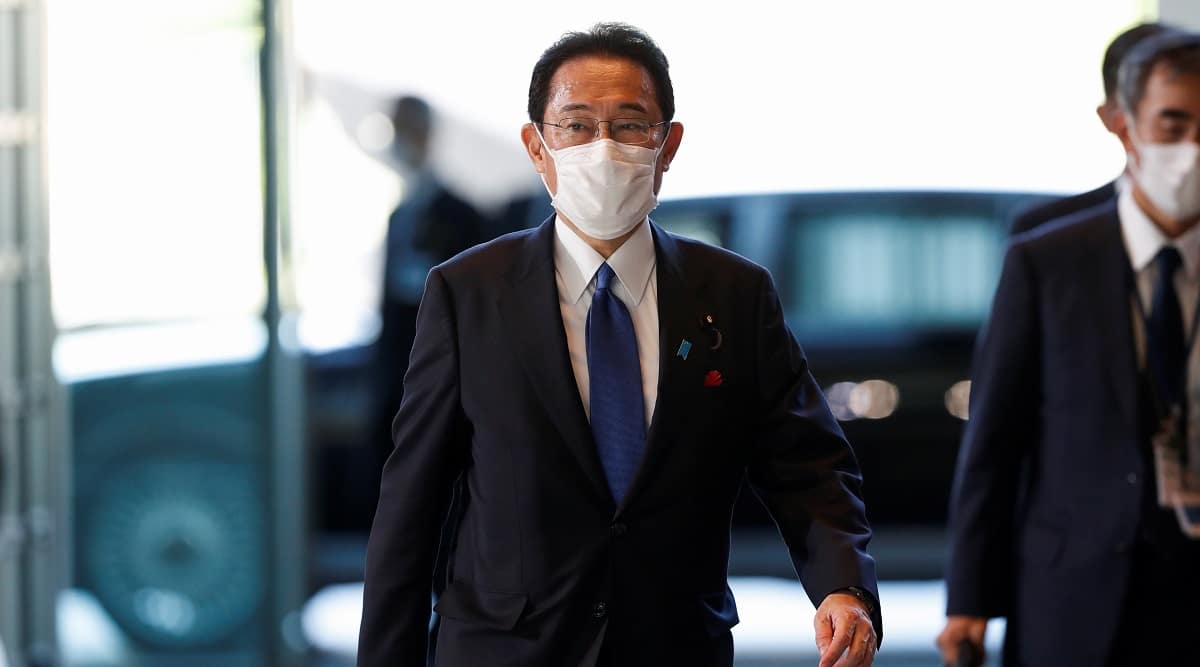 Unsurprisingly, Japan’s economy has been hit hard by the pandemic. A surge of COVID-19 cases during the Tokyo Olympics combined with a slow vaccination rollout means the country’s economic rebound in 2021 has been much more sluggish than that of other Western nations.

Last week, Japan finally ended a COVID-19 state of emergency that had been in place since April, allowing various businesses to fully reopen again. The government has spent more than 222 trillion yen ($2 trillion, €1.7 trillion) on various COVID-19 stimulus packages over the past 18 months and Kishida has already made it clear that he believes another is needed.

“We must compile by year-end a stimulus package sized at several tens of trillion yen,” he said after winning the leadership battle last week.

The bigger question for Kishida relates to fiscal stimulus in the longer term and specifically, his attitude to so-called Abenomics, the brand of policy associated with the former prime minister Abe.

According to Nagai, Kishida made it clear during the leadership contest that he would stick to the three main planks of Abenomics, namely: an aggressive monetary policy; a flexible fiscal policy; and a growth strategy which includes structural reforms.

Japan’s policy of massive fiscal stimulus over the past decade does appear to have largely worked. The country has added around 5 million jobs since Abe took over in December 2012 while growth has become much healthier, following almost 20 years of moribund GDP figures. Corporate profits and share prices have also surged.

Kishida has stressed the importance of fiscal discipline though. Back in 2018, he said that the Bank of Japan’s monetary easing policy “cannot last forever.”

He has also distanced himself from some elements of Abenomics, in particular the idea that booming corporate profits will eventually benefit ordinary households. He has spoken disparagingly of “neoliberalism” and has talked up a new style of Japanese capitalism.

Various studies have shown that poverty and inequality are both rising in Japan. But Nagai says Kishida has not yet explained how he can reduce inequality. “Apart from hinting some revisions to taxation on financial income, more concrete policy measures have not been revealed so far,” he said.

A range of other challenges

Kishida has plenty of other longer-term economic challenges which will require immediate attention.

Despite the country’s reputation as a leader in digital infrastructure, Japan has struggled to bring government services away from paperwork and offices and onto the online world. According to a recent OECD survey, Japan ranks last in terms of providing digital services. The shortcomings were shown up during the pandemic, when aid was slow to reach the needy due to bureaucracy.

Last month, the country finally launched a long-awaited “digital agency” which aims to speed up the country’s digital transformation.

Kishida must also grapple with other major socioeconomic questions. Japan has the world’s oldest population, putting huge pressure on the country’s taxpayers. It also has a serious gender inequality problem. The World Economic Forum says Japan’s gender gap is “the largest among advanced economies.”

Then there is climate change and the green transition. Kishida’s predecessor, Suga, announced in his first address to parliament in September 2020 that Japan would achieve net-zero carbon emissions by 2050. He also later declared that Japan would cut emissions in 2030 by 46% from 2013 levels.

That in itself was a departure from Abe, who did not focus much on climate change. Kishida has spoken of Japan’s need to back nuclear power as a clean energy source, and to invest in renewables. Whether or not he will maintain Suga’s targets, though, remains to be seen.

For now, he can’t afford to look beyond the general election that must be held by November 28. Local media reported on Monday that the election could be held on October 31. If he achieves a sweeping victory, he may feel emboldened enough to move beyond the long shadow of Abenomics.

Politically that will never be easy, Nagai says, considering he owes his premiership to the sponsorship of Abe in the first place.