More than 1,000 Americans are dying of the coronavirus every day on average, a 50 percent increase in the last month 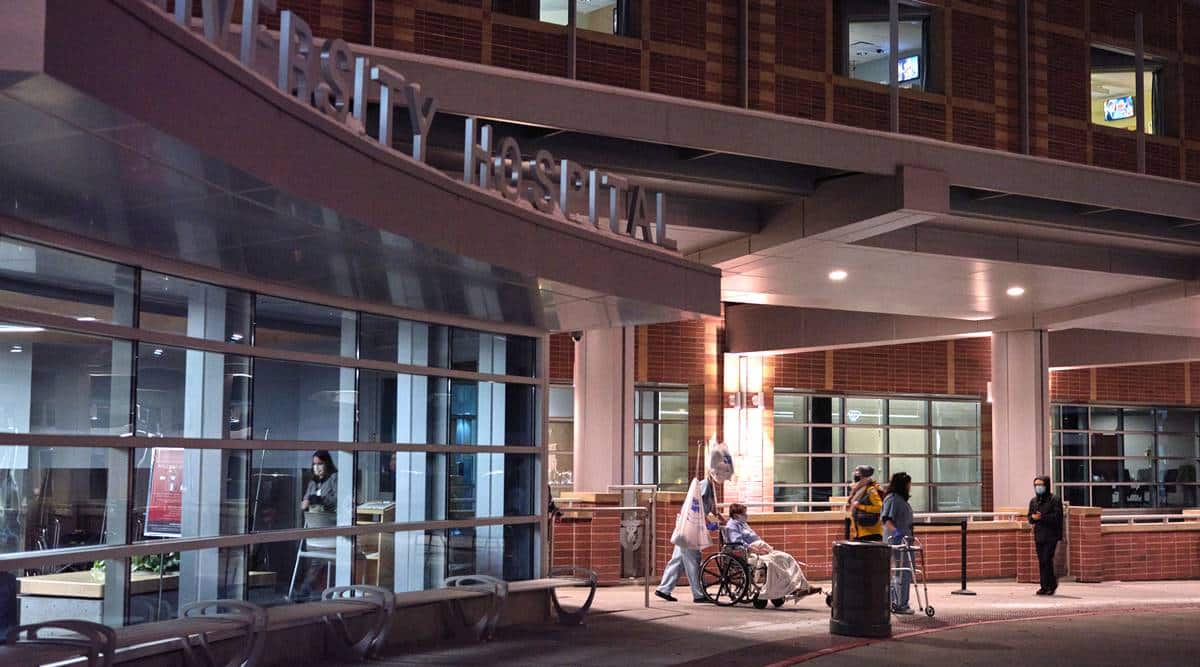 By the time that Doug Raysby’s wife was allowed to enter his hospital room, it was too late to be sure whether he even knew she was there. After a feverish fight with the coronavirus, he lay unconscious on the bed. His wife cried through an N95 mask, while a computer tablet flashed a video stream of his children saying goodbye.

For weeks, as coronavirus cases spiked across the United States, deaths rose far more slowly, staying significantly lower than in the early, deadliest weeks of the nation’s outbreak in the spring. New treatments, many hoped, might slow a new wave of funerals.

But now, signs are shifting: More than 1,000 Americans are dying of the coronavirus every day on average, a 50% increase in the past month. Iowa, Minnesota, New Mexico, Tennessee and Wisconsin have recorded more deaths over the past seven days than in any other week of the pandemic. Twice this past week, there have been more than 1,400 deaths reported in a single day.

“It’s getting bad, and it’s potentially going to get a lot worse,” said Jennifer Nuzzo, a public health researcher and senior scholar at the Johns Hopkins Center for Health Security. “The months ahead are looking quite horrifying.”

For families like Raysby’s, the pain of personal loss has combined with a sense of anger that the nation, exhausted after nine months of the pandemic, has grown inured to the death toll, even as its pace is quickening once more.

“Do you see this human being? Do you realize?” said Kathy James, the mother-in-law of Raysby, a 57-year-old factory supervisor in Sioux Falls, South Dakota, who liked to hunt pheasants on the weekends.

In the weeks since Raysby died of the virus, James said she had wanted to wave a photo of him — a quiet, bespectacled man who once wooed her daughter with purple roses — at the world. More than 244,000 people have died from the coronavirus in the United States, more than any other country, and experts say the pace of new deaths is likely to accelerate in the coming weeks.

The country remains far below the death toll of the spring, when as many as 2,200 people were perishing each day, but some estimates suggest that the United States may soon be on track to reach or even exceed those levels.

From the Midwest to the Sun Belt, officials are bracing for a mounting death toll.

In Marathon County, Wisconsin, a sprawling community in the grip of a COVID-19 surge, a refrigerated morgue truck is now cooled and ready in case it is needed. The medical examiner’s office has stocked extra body bags. A smaller, walk-in cooler was also brought in.

Two hours southeast, in Fond du Lac County, Wisconsin, Dr. Adam Covach, the chief medical examiner, said the system had been strained by the uptick in deaths. Funeral homes are exceedingly busy. Covach has looked at his own storage capacity and wondered: How soon could his office be overwhelmed?

“If things continue increasing at the rate they’re going, it’s going to start getting pretty scary pretty fast,” he said. 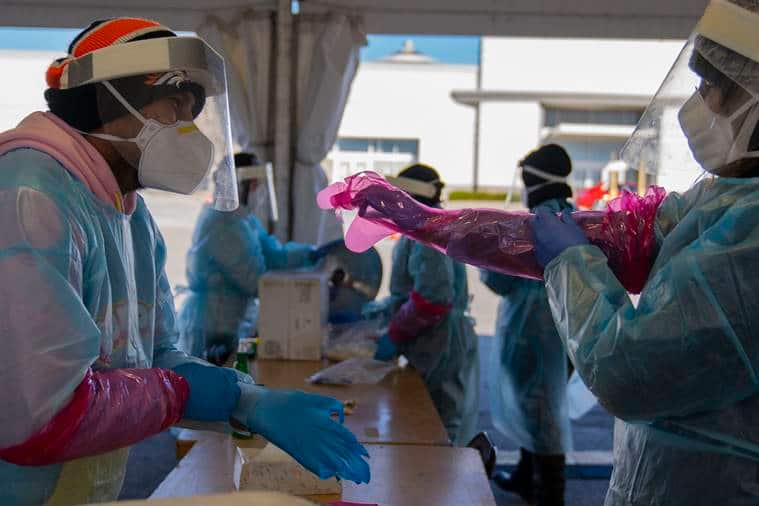 In El Paso, Texas, there have been so many coronavirus deaths in recent days that the county medical examiner parked five mobile morgue units — the size of trucks — outside its doors. Legacy Mortuary Service, a company that transports bodies from hospitals to funeral homes, is busier than ever, carrying 40 to 50 bodies most days now, its owner, Pilar Contreras, said.

German Alvarado said he had to wait nearly two weeks to hold a funeral for his father-in-law, Antonio Sierra Macias, a mechanic who died of the virus.

Alvarado said his wife and three children younger than 12 first showed symptoms, then he got it, too. By mid-October, Sierra Macias also fell sick and was admitted to a hospital, where he learned he had diabetes, in addition to high blood pressure.

Things seemed to be improving, but Sierra Macias took a turn for the worse. He was 49.

Alvarado said it was difficult to contend with such loss even as people around him seemed not to be taking the virus seriously, believing it was being overhyped or thinking, somehow, that it was not dangerous.

“It seems like people think the news are overthinking, overtalking,” said Alvarado, who said he was waiting for paperwork to send his father-in-law’s body for burial in Ciudad Juárez, Mexico, where cemeteries are running out of room. “You don’t realize the situation until you live through it.”

The rising case numbers — and the threat of mounting deaths — have led some experts to call for a coordinated national shutdown for four to six weeks. Other experts have advocated for a combination of masks, increased testing, paid support for people in quarantine and targeted shutdowns focused on high-risk indoor spaces as a way to slow the toll. 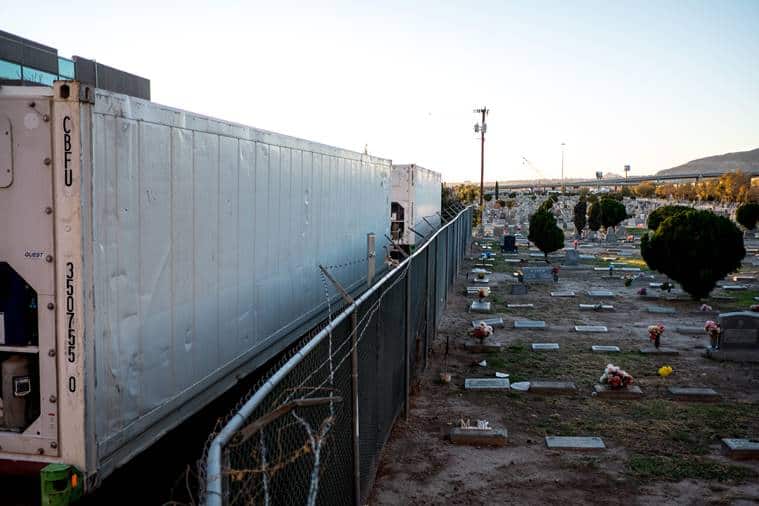 “We can expect the case and death count to continue to rise exponentially unless we take serious measures to mitigate the virus,” said Dr. Howard Markel, a historian of epidemics at the University of Michigan. “All of this is terrible news.”

But with no announcements from the White House for new measures to respond to the outbreak, most of the country is open for business, even as a few governors began calling for new restrictions Friday.

Gov. Michelle Lujan Grisham of New Mexico issued the most sweeping statewide mandate this fall, returning to a “stay at home” order Monday that will last two weeks. In Oregon, Gov. Kate Brown plans to put the state in a partial lockdown for two weeks starting Wednesday, shuttering gyms, halting restaurant dining and mandating that social gatherings have no more than six people.

A visibly angry Gov. Mark Gordon of Wyoming, speaking at a news conference, said that hospitals have set up tents because they are overrun, that patients from crowded facilities in South Dakota have been sent into Wyoming, and that misinformation about the virus was running rampant. He said he was considering a mask mandate and other restrictions after months of hesitation. People in Wyoming have been “knuckleheads” about the virus, he said.

“We’ve relied on people to be responsible and they’re being irresponsible,” Gordon said. “If I can’t rely on you, we’re going to have to do something else.”