Scientists in Poland made the discovery while conducting a comprehensive study, which started in 2015, of more than 40 mummies at the National Museum in Warsaw, said Wojciech Ejsmond, an archaeologist and a director of the Warsaw Mummy Project, which led the research. 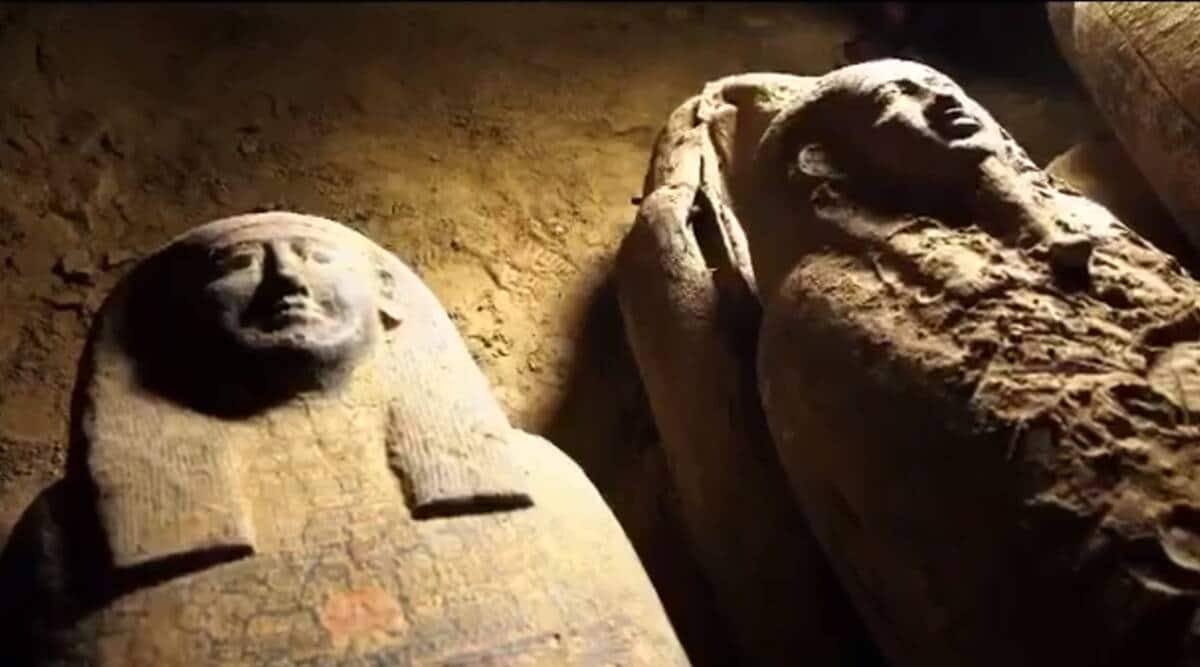 An Egyptian mummy that for decades was thought to be a male priest was recently discovered to have been a pregnant woman, making it the first known case of its kind, scientists said.

Scientists in Poland made the discovery while conducting a comprehensive study, which started in 2015, of more than 40 mummies at the National Museum in Warsaw, said Wojciech Ejsmond, an archaeologist and a director of the Warsaw Mummy Project, which led the research.

The findings were published last month in The Journal of Archaeological Science.

The anomaly turned out to be the tiny leg of a fetus, estimated to have been about 26 to 30 weeks old at the time, according to the team’s findings. Additional computer scans and X-rays revealed that the woman died when she was 20 to 30 years old.

Based on their noninvasive research, scientists deduced that the mummy was made around the first century BC. The body belonged to a woman of high status wrapped in linen and plain-weave fabrics and accompanied “with a rich set of amulets,” researchers wrote in their findings.

Although burials of pregnant women in ancient Egypt have been found before, this is the first known discovery of a mummified pregnant woman.

“It’s like finding a treasure trove while you are picking up mushrooms in a forest,” Ejsmond said. “We are overwhelmed with this discovery.”

The mummy, which was donated to the University of Warsaw in 1826, was eventually housed at the National Museum in Warsaw. The mummy was called the “mummy of a lady” in the 19th century, the researchers wrote.

However, that changed in the following century when translated hieroglyphs on the mummy’s coffin and covering revealed the name of an Egyptian priest, Hor-Djehuty. Radiological examinations conducted in the 1990s also led some to interpret the sex of the mummy to be male.

According to a 19th-century correspondence, the mummy was found in the royal tombs of Thebes in Egypt, but scientists were hesitant to characterize it as the mummy’s official origin.

During the 19th century, people were “liberal in stating the true” sites where archaeological artifacts were found, Ejsmond said. There have been times when mummies did not match the coffins in which they were placed. Ejsmond said this happens about 10% of the time.

In the case of the pregnant mummy, scientists wrote in their research, “One can only speculate that the mummy was placed in a wrong coffin by accident in ancient times, or was put into a random coffin by antiquity dealers in the 19th century.”

Alexander Nagel, a residential research associate in the anthropology department at the Smithsonian National Museum of Natural History, called the pregnant mummy “a unique find.”

“Generally, not many women have been the focus of studies in Egyptology,” he said.

Ancient text provides some insight into the practices surrounding pregnant women in ancient times, Nagel said, but further research would be illuminating. Papyrus from around 1825 B.C. revealed that materials such as honey and crocodile dung were used as contraceptives.

Nagel said about 30% of infants died within their first year of life during ancient times. After learning of the discovery of the pregnant mummy, he said he was intrigued about what further study could reveal about Egyptian beliefs concerning the afterlife of unborn children.

Further research is needed to learn more about the health of the pregnant mummy. That could require taking microsamples of soft tissue, Ejsmond said.

“It’s a very small amount of soft tissue, so one will not see any difference on the mummy, but still we’re interrogating into the structure of the object,” he said.

Scientists hope that publishing their findings can attract attention from physicians and experts in other fields to help in the next stage of research.

“This is a good base to start a bigger project about this mummy,” Ejsmond said, “because this will require a lot of experts to make decent interdisciplinary research.”