The Covishield vaccine, which has been developed by British-Swedish pharmaceutical company AstraZeneca, is manufactured in India by Pune-based Serum Institute of India. 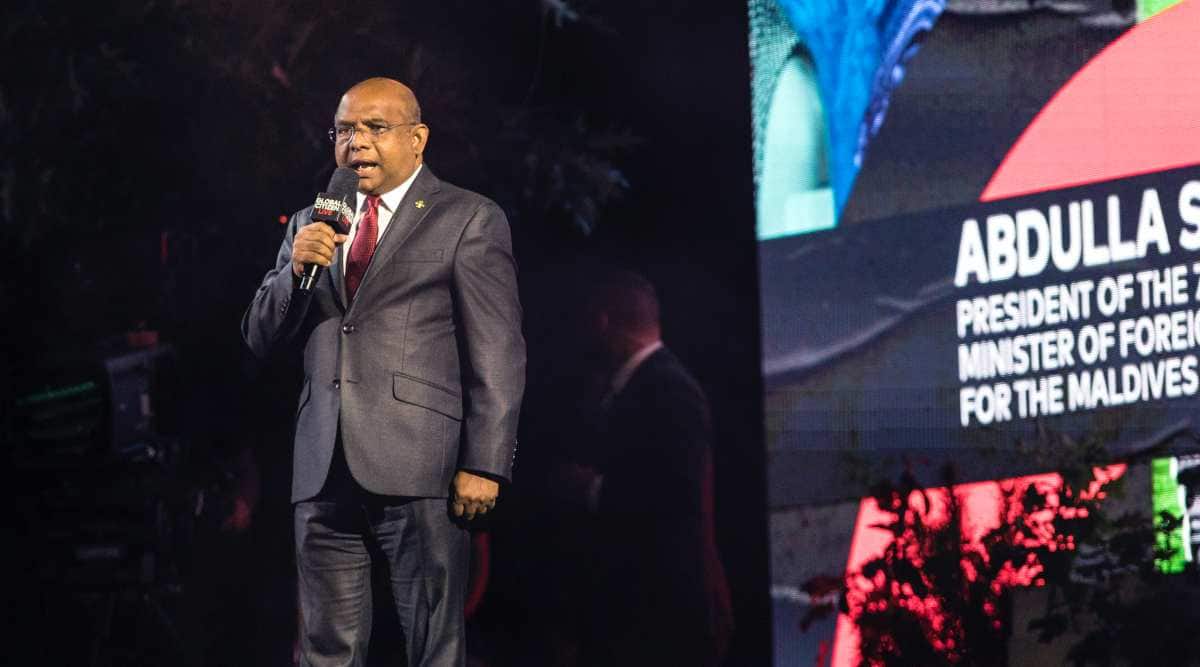 President of the 76th session of the UN General Assembly Abdulla Shahid has said he had received the two doses of the Covishield vaccine manufactured in India, as have a “large portion” of other countries around the world.

The Covishield vaccine, which has been developed by British-Swedish pharmaceutical company AstraZeneca, is manufactured in India by Pune-based Serum Institute of India.

“On vaccines, that’s a very technical question you have asked me. I got Covishield from India, I’ve got the two doses. I don’t know how many countries would say that Covishield is acceptable or not, but a large portion of the countries have got Covishield,” Shahid said at his first press conference here on Friday.

He was responding to a question on whether any Covid vaccine should be recognised and considered or the ones that have been validated by the World Health Organisation or any other group.

“And I’ve survived. But let someone else, a medical person make that call, not me,” he added with a laugh.

India has exported over 66 million vaccine doses to nearly 100 countries through grants, commercial shipments and the COVAX facility. The Maldives, home country of Shahid, was among the first nations to receive the India-made vaccines in January when 100,000 doses of Covishield were dispatched to Male.

In all, the Maldives has received a total of 3.12 lakh doses of Made-in-India Covid vaccines through grants, commercial shipments and the COVAX facility.

The UK had initially refused to recognise Covishield, manufactured by the Serum Institute of India. However, following India’s strong criticism of the decision, the UK on September 22 amended its new guidelines and included the vaccine.

However, the move did not provide any relief from quarantine rules for Indian travellers vaccinated with two doses of Covishield. Later, British officials said the UK has issues with India’s vaccine certification process and not with the Covishield vaccine.

Under the new British rules that are coming into effect from Monday, fully vaccinated Indians will have to undergo 10-day quarantine as the UK has issues with India’s Covid-19 vaccine certification.

India has decided to impose reciprocal curbs against all British nationals arriving in the country, official sources in New Delhi said on Friday, as the contentious issue relating to the UK not recognising Indian vaccine certificates could not be resolved despite holding a series of technical-level talks.

Shahid, who plans to convene a high-level meeting of the General Assembly in January to take stock of the global vaccination effort and equity, said the messages that he had received so far on vaccines in listening to world leaders at the General Debate, “has been most positive from the United States, from China, from India, from many, many corners of the world, from the vaccine producers themselves.”

“And I intend to utilise the convening power of the President of the General Assembly to bring all of them together in January, and my desire is to make sure that we all come out of the January meeting with a much more optimistic timeline where hereby we will be able to vaccinate the entire world by end of 2022,” he said.