Congressional leaders moved to address the most immediate threat, working to complete a bill to prevent a government funding lapse at midnight Thursday. 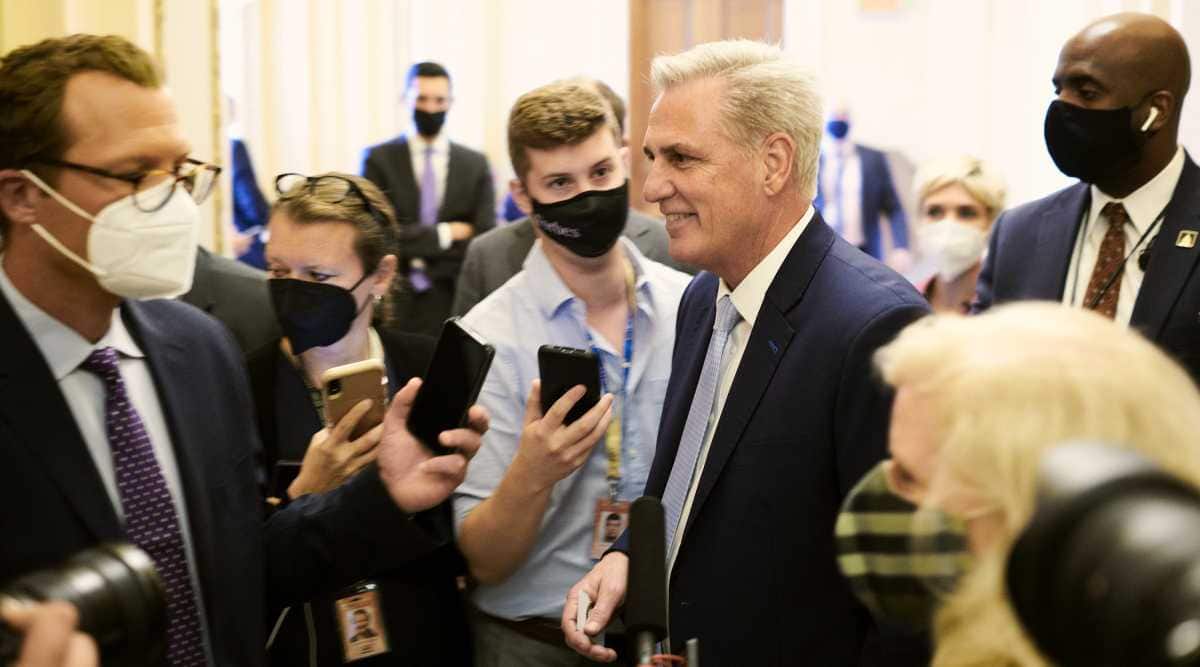 Democrats prepared legislation Wednesday to avert a government shutdown this week, but they were desperately trying to salvage President Joe Biden’s domestic agenda as conservative-leaning holdouts dug in against an ambitious $3.5 trillion social safety net and climate bill that carries many of the party’s top priorities.

Congressional leaders moved to address the most immediate threat, working to complete a bill to prevent a government funding lapse at midnight Thursday. Yet after days of intensive negotiations to bridge bitter differences in their party over Biden’s two biggest legislative priorities, the president and top Democrats appeared as far as ever from an agreement on their marquee social policy package, which the White House calls the Build Back Better plan.

That, in turn, was imperiling a $1 trillion bipartisan infrastructure bill that was scheduled for a House vote Thursday.

The fate of the two measures could define the success of Biden’s presidency, and the intense negotiations surrounding them have posed a test of his skills as a deal maker, which he highlighted as a calling card during his campaign for the White House. But after days of personal meetings with lawmakers in the Oval Office and phone calls to key players, Biden remained far short of a deal.

Dramatizing the challenge, Sen. Joe Manchin III of West Virginia, a leading holdout on the social policy bill, issued a lengthy and strongly worded statement Wednesday evening reiterating his opposition to the proposal as currently constituted, saying it amounted to “fiscal insanity.” “While I am hopeful that common ground can be found that would result in another historic investment in our nation, I cannot — and will not — support trillions in spending or an all-or-nothing approach that ignores the brutal fiscal reality our nation faces,” Manchin wrote, denouncing an approach that he said would “vengefully tax for the sake of wishful spending.”

The statement was the polar opposite of what Biden and top Democrats had hoped to extract from Manchin and other centrist critics of the bill by week’s end — a firm public commitment to eventually vote for the social policy measure, in order to placate liberals who want to ensure its enactment.

Instead, it further enraged progressives who were already promising to oppose the infrastructure bill until Congress acted on the larger social policy plan, which Democrats plan to push through using a fast-track process known as budget reconciliation to shield it from a filibuster. They have been pressing to push off the infrastructure vote until after votes on the reconciliation bill — or, at the very least, after the centrist holdouts provided a firm sense of what they would accept in that package.

“I assume he’s saying that the president is insane, because this is the president’s agenda,” Rep. Pramila Jayapal, D-Wash., leader of the Congressional Progressive Caucus, said of Manchin. “Look, this is why we’re not voting for that bipartisan bill until we get agreement on the reconciliation bill. It’s clear we’ve got a ways to go.

“I tell you, after that statement, we probably have even more people willing to vote ‘no’ on the bipartisan bill,” she added.

The impasse left unclear the fate of the infrastructure measure. While a handful of centrist Republicans plan to support it, GOP leaders are urging their members to oppose it, leaving Democrats who hold a slim majority short of votes to pass the bill if progressives revolt.

“The plan is to bring the bill to the floor,” Speaker Nancy Pelosi told reporters, returning to Capitol Hill after huddling at the White House with Biden and Sen. Chuck Schumer of New York, the majority leader. Asked whether she was concerned about the votes, she added, “One hour at a time.” 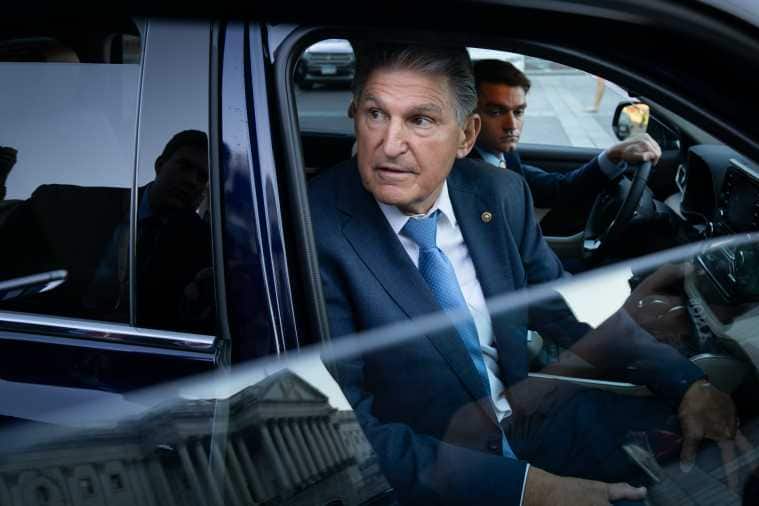 She spoke shortly after the House passed legislation lifting the statutory limit on federal borrowing until Dec. 16, 2022, an effort to avert a catastrophic federal debt default next month when the Treasury Department says it will breach the current cap.

Senate Republicans blocked a Democratic effort to pair the increase with a spending bill to keep the government funded and are likely to oppose the House-passed bill, which was approved on a nearly party-line vote of 219-212 on Wednesday.

But even as the debt ceiling remained unresolved, Senate leaders scheduled a series of votes for Thursday morning on legislation that would keep the government open through early December and provide crucial aid for disaster relief efforts and Afghan refugees. The House is expected to take up the legislation soon afterward to avoid a shutdown Thursday night.

But much of the urgency Wednesday was focused on salvaging the president’s agenda, after Biden and his aides cleared his schedule Wednesday in an attempt to broker a deal among Democrats.

Some Democrats have complained this week that the president has not engaged in talks to their satisfaction. He welcomed groups of progressives and moderates to the White House last week, for example, but met with each separately, as opposed to holding a group negotiating session.

And efforts by Biden and his team to pressure Manchin and Sen. Kyrsten Sinema of Arizona, another Democratic holdout on the reconciliation bill, appear to have fallen flat. Officials have been working for days to persuade the pair to specify how much they would be willing to spend on the package, calculating that such a commitment would allay the worries of progressives now refusing to support the infrastructure bill.

“Joe Biden is the only president in American history to have passed a relief package of the significance of the American Rescue Plan with zero margin for error in the Senate and three votes to spare in the House,” said Andrew Bates, a spokesperson for the White House, referring to the $1.9 trillion pandemic relief package that became law in March. “He knows how to make his case, he knows how to count votes, and he knows how to deliver for the American middle class.”
Both Sinema and Manchin visited the White House on Tuesday, but after their meetings, neither they nor White House officials would enumerate the contours of a bill they could support. Top White House officials also trekked to Capitol Hill on Wednesday to huddle privately with Sinema for more than two hours. 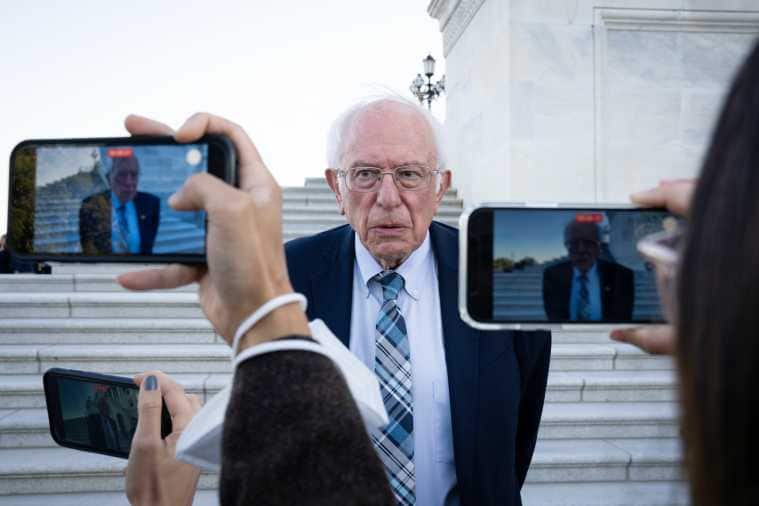 “The president felt it was constructive, felt they moved the ball forward, felt there was an agreement, that we’re at a pivotal moment,” Jen Psaki, the White House press secretary, told reporters Tuesday, characterizing the meetings. “It’s important to continue to finalize the path forward to get the job done for the American people.”

Biden held conversations with various lawmakers throughout the day Wednesday and planned to continue them Thursday, White House officials said.

Privately, administration officials said Biden was continuing to take an encouraging role with Manchin and Sinema, and not demanding they agree to anything immediately. Both senators have yet to publicly do so, even as liberal Democrats continue to publicly fume over the reticence.

In his statement Wednesday, Manchin said he wanted to set income thresholds for many of the social program expansions Democrats have proposed. He suggested that he would be open to undoing some components of the 2017 tax cut.

Moderate House Democrats, who helped secure a commitment for a vote this week on the infrastructure bill, warned that a failed vote would worsen the already deep mistrust between the two factions of the party.

“If the vote were to fail tomorrow or be delayed, there would be a significant breach of trust that would slow the momentum in moving forward on delivering the Biden agenda,” said Rep. Stephanie Murphy of Florida, one of the moderates who sought to decouple the two plans.

Even as they labored to work out philosophical differences in their party on the bill, Democrats suffered yet another setback Wednesday when the Senate’s top rules enforcer rejected a second proposal to include in the reconciliation bill a path to legal status for about 8 million immigrants living in the country illegally.

In a memo obtained by The New York Times, Elizabeth MacDonough, the Senate parliamentarian, wrote that the policy change “vastly outweighs its budgetary impact,” effectively disqualifying it from inclusion in a measure whose contents must have a direct impact on the federal budget.

In their latest effort, Democrats had proposed moving up the date for a process known as immigration registry, which allows otherwise law-abiding immigrants who have been in the United States continuously since a certain date to adjust their status and gain a pathway to citizenship. The current date, established in 1986, is set at Jan. 1, 1972. Democrats had sought to change that date to Jan. 1, 2010.

Last week, MacDonough rejected Democrats’ initial proposal to grant legal status to several categories of people in the country illegally, including those brought to the United States as children, known as Dreamers; immigrants who were granted Temporary Protected Status for humanitarian reasons; people working in the country under nonimmigrant visas; close to 1 million farmworkers; and millions more who are deemed “essential workers.”

She said those changes to immigration law could not be included, under the Senate rules, in the reconciliation package because they represented a “tremendous and enduring policy change that dwarfs its budgetary impact.”

Democrats said they would continue to look for alternative strategies to aid immigrants through the reconciliation process.