The agreement has not yet been completed, and a deal could fail to materialize as it has in previous rounds of negotiations. 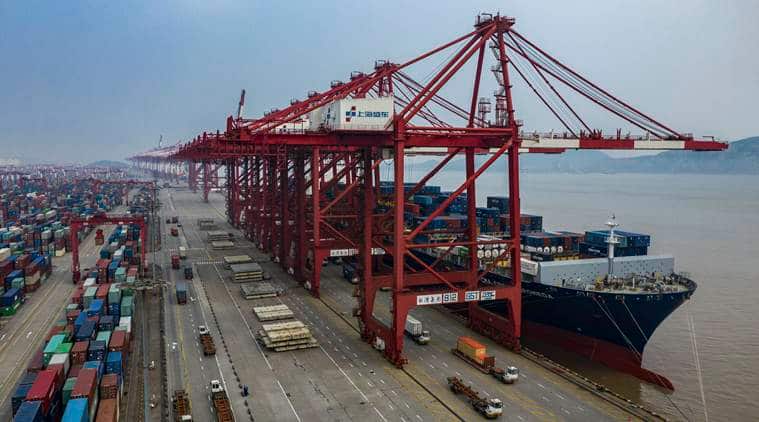 The United States and China have agreed that an initial trade deal between the two countries would roll back a portion of the tariffs placed on each other’s products, a significant step toward defusing tensions between the world’s largest economies.

The agreement has not yet been completed, and a deal could fail to materialize as it has in previous rounds of negotiations. But if a pact is reached, the Trump administration has committed to cutting some tariffs, according to a U.S. official and other people with knowledge of the negotiations.

This is the first time the administration has agreed to remove any of the tariffs it has placed on $360 billion worth of Chinese goods. While President Donald Trump canceled a planned tariff increase in October, he has routinely dangled the prospect of additional taxes if Beijing does not accede to U.S. trade demands.

A deal that includes reversing even some tariffs creates a political dilemma for Trump, a self-avowed “tariff man” who has used levies to punish China for trade practices that have helped hollow out U.S. manufacturing and to press Beijing to change its economic practices. But stock markets, which Trump sees as an economic barometer of his presidency, do not share his affinity for tariffs, and have been steadily rising with hope for a deal. Many businesses and farmers, which are struggling under the weight of the president’s trade war, are also eager for a deal.

Supporters say an agreement that rolls back only some tariffs would constitute a political victory for the president, who can claim he forced China to open its markets and buy more American agricultural goods while retaining leverage in future negotiations.

But Trump faces internal divisions, with his more hawkish advisers warning that removing tariffs without more substantial commitments from China to end its problematic behavior will do little to resolve U.S. concerns and amount to a capitulation. “President Trump’s tariffs are the centerpiece of his confrontation with the Chinese Communist Party — and they have worked brilliantly, forcing the Chinese to the table,” said Steve Bannon, the president’s former chief strategist. “Now, China is trying to re-trade the president and remove the tariffs.”

Trump and his Chinese counterpart, Xi Jinping, are facing increasing political and economic pressure to resolve their 19-month trade fight, which has inflicted pain on both sides. Trump is heading into a reelection campaign as the U.S. economy begins to slow and as key political constituencies, like farmers and manufacturers, continue to suffer from lost sales to China.

His next round of tariffs planned for Dec. 15 would inflict further pain on consumers and businesses by increasing taxes on products like cellphones, laptops, toys and apparel.

Investors have already begun viewing a resolution as a given. For months stocks had ping-ponged in a tight range, buffeted by each twist and turn. But the S&P 500 found its footing last month, after the White House announced that the two economic giants had agreed to the rough outlines of this so-called phase one deal. The S&P 500 has risen 5% in the weeks since, reaching a record high on Oct. 28 and continuing to climb.

Stocks soared again Thursday after the Chinese government said Beijing and the Trump administration had agreed to remove some tariffs as part of any deal. The S&P 500 closed at a record high of 3,085.18. Shares of companies with close ties to China’s vast manufacturing base, like semiconductor manufacturers and retailers, also rose.

China has its own political considerations, including ensuring that any deal does not seem like a giveaway to the United States. Gao Feng, a spokesman for China’s Commerce Ministry, said at his weekly news conference in Beijing on Thursday that China was insisting any deal include tariff reductions and that the United States had agreed.

“In the past two weeks, the leaders of the two sides have conducted a serious and constructive discussion on properly addressing the concerns of both sides, and agreed to cancel the tariffs by stages in accordance with the development of the agreement,” he said.

Gao did not specify what tariffs might be dropped, or when.

Last month, Trump announced that the two sides had reached a preliminary trade deal that would involve Beijing buying more farm goods and opening its markets and that he would cancel an Oct. 15 tariff increase. His advisers said they would most likely forgo a December round of tariffs if all went well. But they made no mention of the levies Trump had already placed on more than $360 billion of Chinese products, including those imposed on Sept. 1 in response to China’s retaliatory tariffs.

Since then, U.S. officials have discussed rolling back those September levies on more than $100 billion of Chinese food, clothing, lawn mowers and other products, according to people briefed on the discussions.

While markets are booming, consumer spending could begin to slump as tariffs hit household goods. And the farm and manufacturing states that supported Trump in 2016 continue to feel the pinch of his trade war. That is problematic for the president as he campaigns for reelection.

The fight has brought the economies of several farm belt states to a near standstill, data released by the Commerce Department on Thursday showed. From the middle of 2018 through the middle of this year, growth in Iowa, Kansas and Nebraska slowed to less than 1% for the year, well below the more rapid expansions they had enjoyed in the first half of 2018.

In the second quarter of this year, which ran from April to June, gross domestic product rose by an annual rate of just 1.1% in Wisconsin, Michigan, Iowa, Illinois and Georgia. GDP grew by just 1% in Indiana and Kentucky.

U.S. tariffs now cover more than two-thirds of the products imported from China, while Chinese tariffs cover 58% of China’s imports from the United States, according to tracking by Chad Bown, a senior fellow at the Peterson Institute for International Economics.

While the Trump administration has insisted that Americans are not paying the tariffs, business and farmers’ groups say economic data shows otherwise.

The lobbying group Tariffs Hurt the Heartland, in a report released this week, found that U.S. consumers and businesses have paid an additional $38 billion in tariffs between February 2018 and September 2019.

“This data offers concrete proof that tariffs are taxes paid by American businesses, farmers and consumers — not by China,” said Jonathan Gold, spokesman for Americans for Free Trade. “This is why removing tariffs must be a part of the phase one deal.”

Mary E. Lovely, a senior fellow at the Peterson Institute for International Economics, said the tariffs that went into effect in September and are planned for December affect products made by American companies or their affiliates that employ large American work forces, despite manufacturing some products in China.

“Politically and economically, they make no sense,” Lovely said. “Does it really make sense to put tariffs on foreign-owned factories in China that are producing products that are designed by and supporting employment in the United States?”

U.S. officials have emphasized that any deal depends on China taking more aggressive action to protect American intellectual property, and that Trump would make the final determination. If China doesn’t agree to the terms Trump likes, he could ultimately leave all tariffs in place or remove only a small portion.

“There is a difference between an ambiguous stage-by-stage tariff reduction agreement versus a specific list of which tariffs will be with withdrawn for what Chinese actions,” said Michael Pillsbury, a China scholar at the Hudson Institute who advises the White House. “Neither the Chinese nor the White House has developed a specific list or a series of quid pro quo — yet. That is the next task.”

Gao’s statement that China would insist on canceling some tariffs was a subtle shift from his previous comments, which were somewhat less specific on what China required for an interim agreement.

“If China and the United States reach the first-phase agreement, according to the content of the agreement both sides should cancel added tariffs at the same time with the same proportion,” he said. “This is an important condition for reaching an agreement.”

Those were the first official comments on the trade war since a meeting of the Chinese Communist Party’s Central Committee concluded a week ago, the first such gathering in 20 months. In the past, Beijing’s position has shifted away from compromise after a broader array of Communist Party officials were briefed on progress in the trade talks.

The United States and China were close to a deal in early May but when the draft agreement was broadly distributed within the Chinese leadership, its contents provoked worries about the extent of China’s concessions. China’s trade negotiators quickly demanded extensive changes in the agreement and talks collapsed.