Forcing US companies out of China’s electronics supply chain could have a major impact on Chinese manufacturers. It would also most likely hasten strategies by US technology firms to diversify their supply chains away from China. 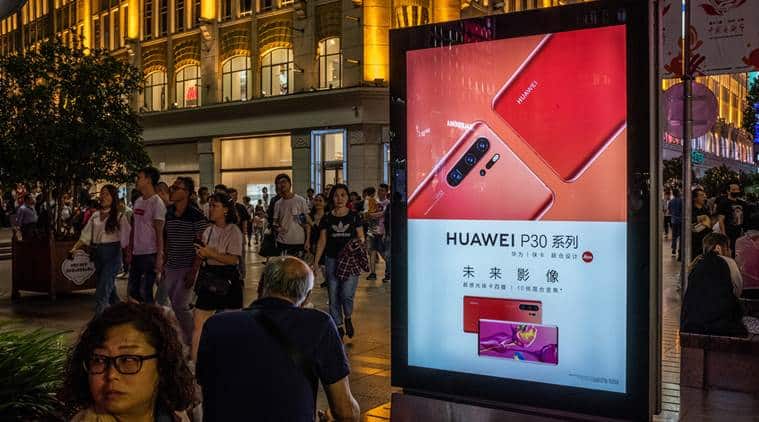 The Chinese government said Friday it was putting together an “unreliable entities list” of foreign companies and people, an apparent first step toward retaliating against the United States for denying vital U.S. technology to Chinese companies.

China’s Ministry of Commerce said the list would contain foreign companies, individuals and organizations that “do not follow market rules, violate the spirit of contracts, blockade and stop supplying Chinese companies for noncommercial reasons, and seriously damage the legitimate rights and interests of Chinese companies.”

It did not give any details of which companies or entities it would include on the list, or what would happen to them. The ministry said specific measures would be announced in the “near future.”

Still, the language echoes that of the U.S. government, which in recent months has placed Chinese companies on what it calls an “entity list” of firms that need special permission to buy U.S. components and technology. Two weeks ago, the Trump administration placed Huawei, the Chinese maker of telecommunications gear, on the entity list, which could deny it access to microchips, software and other U.S.-provided technology it needs to make and sell its products.

Shortly afterward, some US technology companies, including Google, said they would stop supplying Huawei. The US government has since granted Huawei a 90-day waiver, giving Chinese and US officials time to reach an agreement. The Trump administration is also said to be considering putting Hikvision, a Chinese video surveillance company, on the list.

If Friday’s move is calculated to be a tit-for-tat strike back at U.S. technology companies, Beijing will have ample targets. Although major websites like Facebook, Twitter and Google are already blocked in China, and rules strictly control other businesses like online payments and cloud services, most American technology firms have a big presence in China.

Both Google and Microsoft run sizable research and development operations in the country, and their Android and Windows operating systems are ubiquitous on Chinese smartphones and computers. Google and Facebook probably pull in billions of dollars in advertising revenue from Chinese companies.

The vague announcement also opens the door to retaliation of other kinds, perhaps against individuals or companies that depend heavily on the Chinese market for selling their products. If China decided to target individuals specifically, it could raise questions for foreigners doing business in China.

It could also give Beijing a way to punish American firms without forcing them to shut down operations in a way that would hurt China’s economy or its long-term growth prospects.

Gao Feng, the Commerce Ministry’s spokesman, said in the statement that the list would be aimed at those who block supplies and “take other discriminatory measures.”

An entity would be added to the list, he added, when its activity “not only damages the legitimate rights and interests of Chinese enterprises, and endangers China’s national security and interests, but also threatens the global industrial chain and supply chain security.”

But China must be careful in how it retaliates, since many U.S. companies are already reconsidering their dependence on the Chinese market and Chinese suppliers. If neither side backs off, the brinkmanship could permanently pull apart the supply chains that entwine the countries’ economies.

Still, any move to shut down U.S. technology companies’ operations in China could hurt Chinese companies and the country’s longer-term tech development. A shutdown of Microsoft’s and Google’s offices would mean that Chinese workers lose access to valuable training. Many of China’s leading artificial intelligence entrepreneurs got their beginnings at Microsoft’s AI lab.

Forcing US companies out of China’s electronics supply chain could have a major impact on Chinese manufacturers. It would also most likely hasten strategies by US technology firms to diversify their supply chains away from China.

Yet if Beijing was willing to take that hit, many companies would struggle to immediately replicate production elsewhere. China’s density of component makers and assembly factories is unmatched around the world.

“It’s a really high-risk way to go about it,” said Andrew Polk, a founder of Trivium, a consulting firm in Beijing. “They are effectively forcing companies to choose, and companies will probably choose the U.S.”