Polls show Erin O'Toole's Conservative Party has a chance of winning the election and ending six years of Liberal rule. Justin Trudeau called the vote two years early as a referendum on his handling of the Covid-19 pandemic. 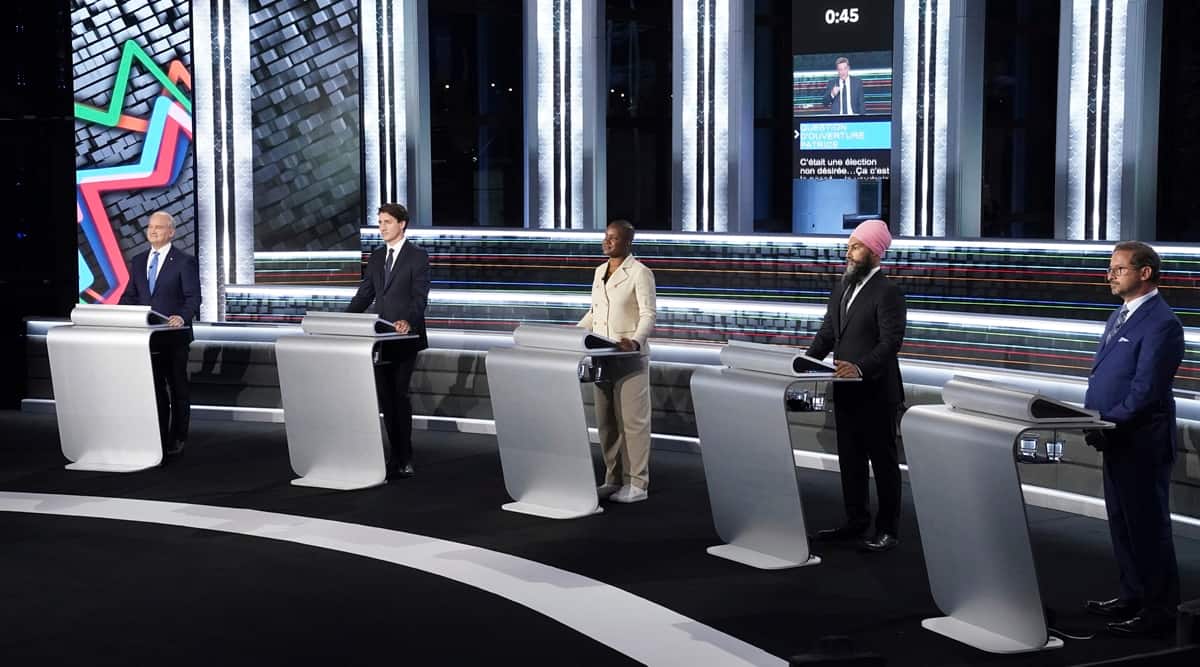 Canadian Prime Minister Justin Trudeau, facing potential defeat in a Sept. 20 election, on Thursday used a key leaders’ debate to take aim at his main rival, portraying him as weak and ineffective.

Polls show Erin O’Toole’s Conservative Party has a chance of winning the election and ending six years of Liberal rule. Trudeau called the vote two years early as a referendum on his handling of the COVID-19 pandemic.

Trudeau, sometimes looking agitated, rounded several times on O’Toole, who has had trouble making himself known to Canadians since taking over his party a year ago.

O’Toole says he will offer serious leadership to clean up after what he calls a corrupt, incompetent and spendthrift Trudeau government.

Trudeau accuses O’Toole of harboring an extremist agenda and not being serious on topics such as climate change. Trudeau also favors mandates to ensure people are inoculated against COVID-19, a move O’Toole says goes too far.

“The problem with Mr O’Toole and his principles is, he says all the right sounding things and he’s working on reassuring everyone that he’s right there as a strong leader, but he can’t convince his candidates to get vaccinated,” said Trudeau. 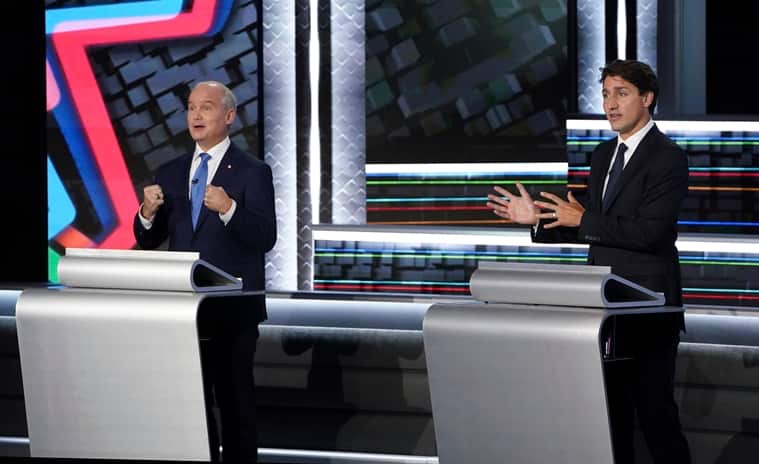 Polls show O’Toole with a slight lead amid voter unhappiness with Trudeau’s decision to call the election early. (nL1N2Q20YW])

The leadership debate was the only one of three in English, spoken by two-thirds of Canada’s 38 million people, and is traditionally seen as a key means of influencing voters.

However, Nanos Research pollster Nik Nanos said by email “there were no major gaffes nor any knock-out punches from any of the parties … this wasn’t a game changer”.

Trudeau spoke over the other four party chiefs several times, forcing the moderator to cut him off.

Darrell Bricker, chief executive officer of Ipsos Public Affairs, said he did not see anything from Trudeau or O’Toole that would change the direction of their campaigns. 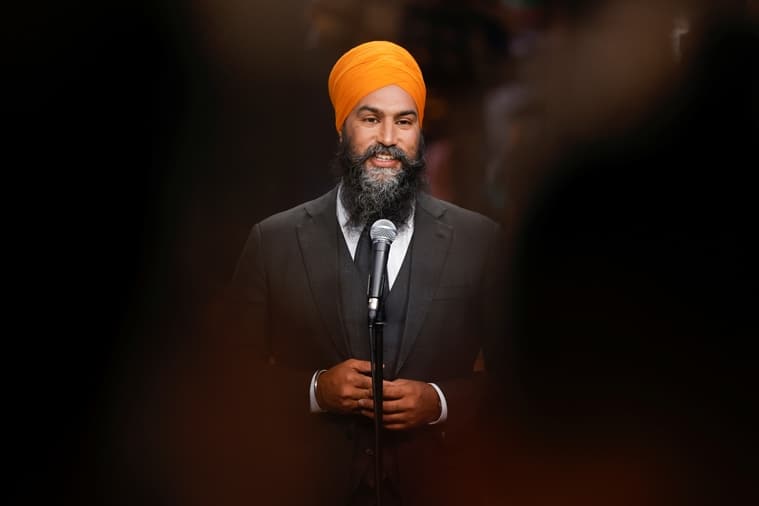 “When he (Trudeau) did try to go at O’Toole it came off as very hot and frantic. O’Toole wasn’t a huge factor tonight but that’s OK,” he said by email.

Trudeau is fond of noting that earlier this year most Conservative lawmakers voted in favor of draft legislation that would have banned some abortions. The initiative failed.

O’Toole insisted he was in charge and would not bow to the views of legislators with hard line social views.

“I am driving the bus to make sure we get this country back on track. And I’m here to defend the rights of all Canadians, women, members of the LGBTQ community,” he said.

O’Toole conceded that in the past, Conservatives had not done enough to combat emissions of greenhouse gases and needed to win back public trust.

A three-day rolling Ekos phone poll of 1,365 adults released on Thursday showed the Conservatives at 33.6% public support, versus 30.7% for the Liberals and 15.7% for the smaller left-leaning New Democrats. The poll had a margin of error of 2.7 percentage points, 19 times out of 20.