An email from the Black superintendent of schools in Queen Anne's County to parents after the killing of Floyd engulfed the small, predominantly white Maryland community in a yearlong firestorm about race and racism. 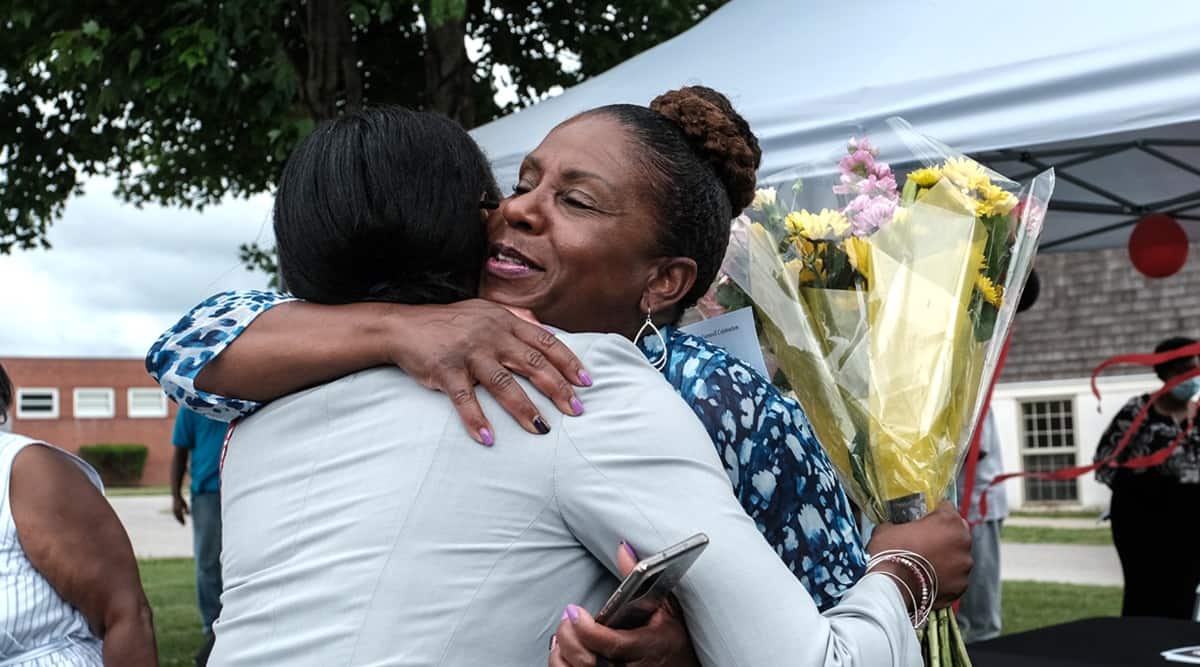 When Andrea Kane wrote a letter to parents in her school district days after George Floyd’s death in 2020, images of the Black man pleading for his life under the knee of a white Minnesota police officer were haunting her.

So she started her letter with a warning that it would bear not just “good news,” but “a bit of a reality check.”

Despite the pandemic, the high-performing district on the Eastern Shore of Maryland had closed out the year with much to be proud of. But like the rest of the country, Kane said, the community had another crisis to confront. 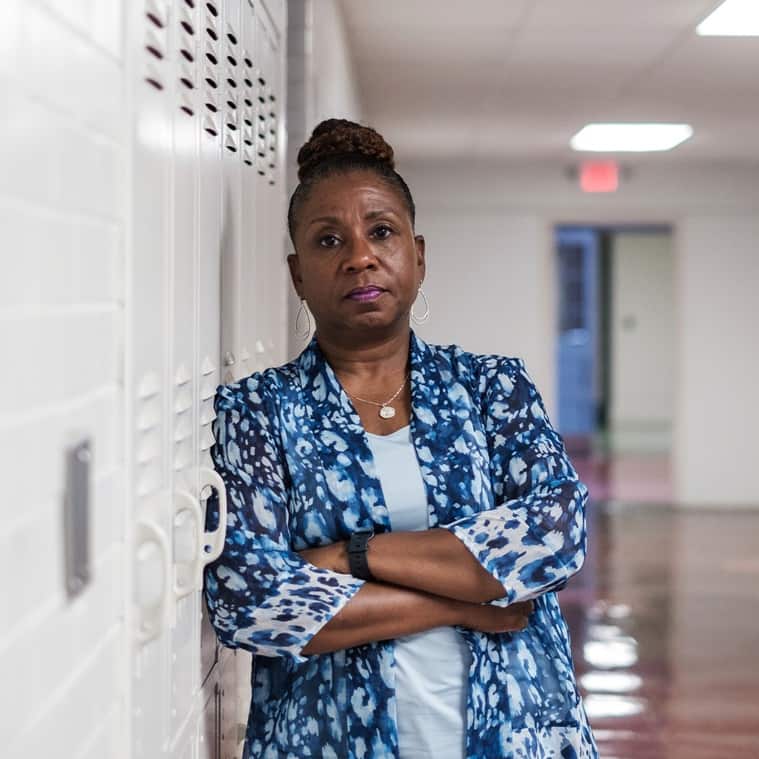 “Racism is alive in our country, our state, in Queen Anne’s County, and our schools,” she wrote in the letter, emailed to the parents of all 7,700 students in the district.

Her statement mirrored hundreds that superintendents across the country had issued in the wake of Floyd’s death and the mass protests that followed. Many of the educators took the opportunity to renew their commitment to racial justice in their schools.

But the message from Kane, the first Black superintendent of Queen Anne’s County Public Schools, would engulf the small, predominantly white community tucked along the Chesapeake Bay in a yearlong firestorm.

“When I hit send,” Kane recalled recently, “everything just imploded.”

Over the last year, the protests and reflection prompted by Floyd’s death reverberated in school districts throughout the country, as school boards and legislatures reconsidered how and what students should learn about race and racism.

The debate has sometimes focused on K-12 curriculums after conservative activists began branding a range of topics including history lessons and diversity initiatives as “critical race theory,” an academic framework that views racism as ingrained in law and other modern institutions. The term is now often deployed to attack any discussion of race and racism in American classrooms — pitting educators who feel obligated to teach the realities of racism against predominantly white parents and politicians who believe that schools are forcing white children to feel ashamed of their race and country. Superintendents are feeling the brunt of the backlash. Some have been threatened, harassed and fired over accusations they are seeking to “indoctrinate” children through books, history lessons and equity policies, said Daniel A. Domenech, president of the AASA, the School Superintendents Association, which represents nearly 14,000 district leaders across the country.

For Black educators in particular, the opposition has felt personal and poignant. Only 2% of the nation’s superintendents are Black, according to the AASA’s latest count.

Michael D. McFarland, president of the National Alliance of Black School Educators, said that many African American school administrators are unfairly branded as activists, and scrutinized for any perceived misstep.

Particularly in majority-white communities, McFarland said, “it’s harder for you to do the work that you were hired to do” as a superintendent, “let alone take stances on equity and social justice issues.”

Kane knew the Black Lives Matter movement was divisive, but it didn’t make the mantra any less true. She felt she would have been negligent in her role had she not addressed the images her students were seeing on television. “How could I not help them make sense of a Black body being destroyed in the street?” she said.

With all of this in mind, she agonized over every word of the letter she wrote on June 5, 2020.

“When I say ‘Black Lives Matter,’ it is not meant to disparage any other race,” she wrote. “It is an acknowledgment of the disparate brutality and overt racism that is only experienced by Black people in America, including me.”

Kane’s inbox swelled in the days that followed, overwhelmingly with responses of gratitude and support. But a month later, an email appeared with the subject line “Urgent Attention Required.” 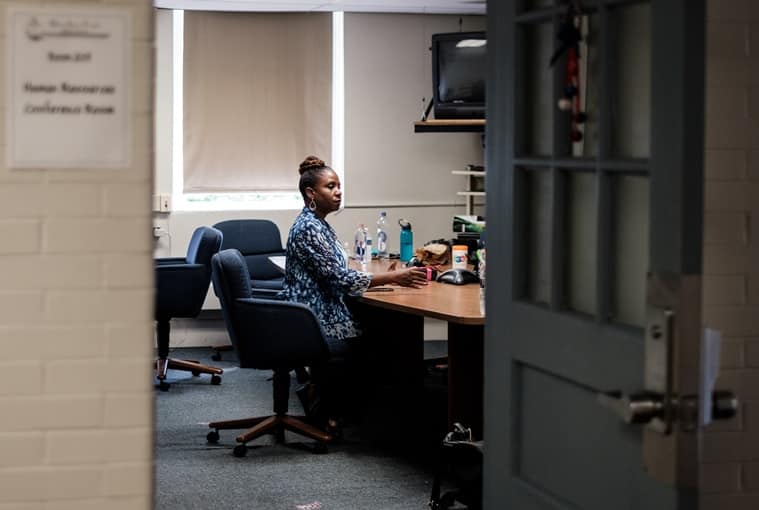 Kane recognized the name of the parent who had sent it: Gordana Schifanelli. A few weeks before, someone had alerted the superintendent to Kent Island Patriots, a new Facebook group that Schifanelli had created, its name a reference to a part of the county. Members of the group had been raging about her letter.

In a June 16 post to the group, according to a screenshot provided to The New York Times, Schifanelli declared: “Dr. Kane in QAC needs to end her contract and go! People in this group must call and make it loud and clear that the school must remain apolitical and her letter to parents promoting Black Lives Matter is not going to be tolerated.”

The post went on: “The children must know that those individuals who died in police custody were criminals — not heroes! Our children will not be indoctrinated by anyone’s political opinion in the school and our children must NEVER feel that their white skin color make them guilty of slavery or racism!”

By the time Schifanelli wrote directly to Kane on July 6, the Facebook group had grown to 2,000 members.

In her letter, Schifanelli said she had lost confidence in Kane’s ability to lead the district. Describing herself as “an immigrant to this country,” Schifanelli added, “I am a living example of the very American dream you managed to tarnish by your racist comments.”

But Kane would not bend.

Over nearly three years on the job, she had collected evidence of systemic and overt racism in the semirural, conservative county, where only 6% of the student body is Black. She knew that Black students regularly heard the N-word used in the county’s schools, that they were underserved and overdisciplined.

Under her leadership, the district began breaking down data to scrutinize achievement gaps between Black and white students. It also contracted with firms focused on equity work, including helping school staff build positive relationships within diverse student populations and increasing students’ access to academic opportunities. 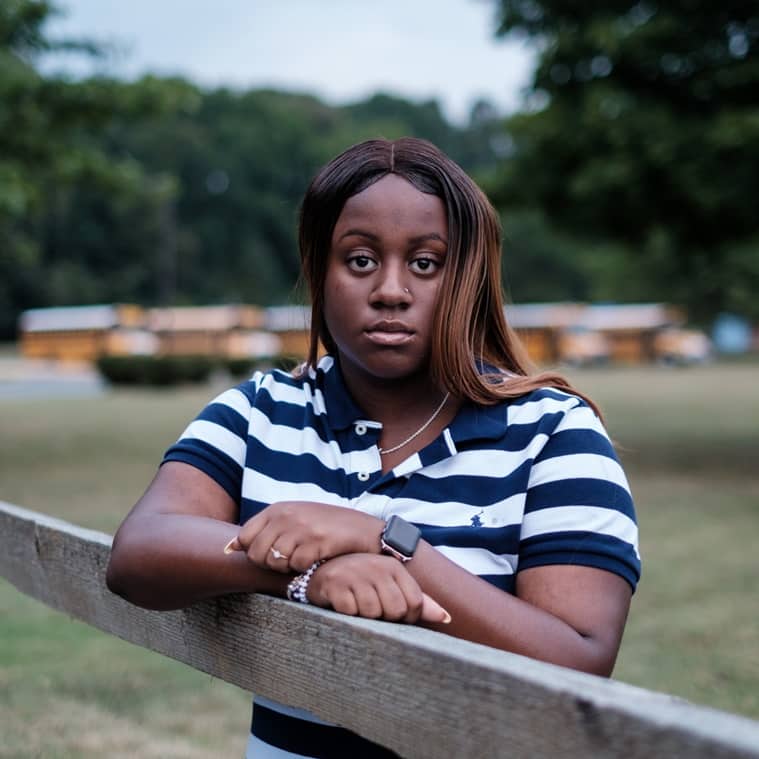 Tynay Wright, then a senior at Kent Island High School, was encouraged by the parts of Kane’s letter that praised “white and Black people for coming together in nonviolent protests” and that urged the community to “listen more and pass judgment less.”

Wright asked for Kane’s support after Floyd’s death in organizing events that would bring the national reckoning to Queen Anne’s County.

The superintendent attended a protest that Wright organized in July. She also granted Wright’s request to invite a local organization called Students Talking About Race, to facilitate voluntary discussions over the summer.

Wright said Kane’s support gave her an opportunity rarely afforded to Black students in the county: “I got to use my voice.”

Through the rest of the summer, tensions escalated. The Kent Island Patriots circulated a petition to have Kane fired. A quasi-governmental community group called the Sunday Supper Committee — a predominantly white group of county residents that had been holding conversations about racism and equity since 2016 — created a petition in support of Kane.

“We very proudly stood behind her when she said Black Lives Matter, because that’s something that we had believed in,” Mary Ella Jourdak, a member of the Sunday Supper Committee, said of Kane.

In August, a rally in support of Kane drew more than 100 residents and supporters.

Kane thought the show of support would drown out the furor — until she saw more posts from the Kent Island Patriots Facebook group that summer. According to screenshots made public on social media, and others provided to The Times, commenters used the N-word. One post called Black people “animals.” 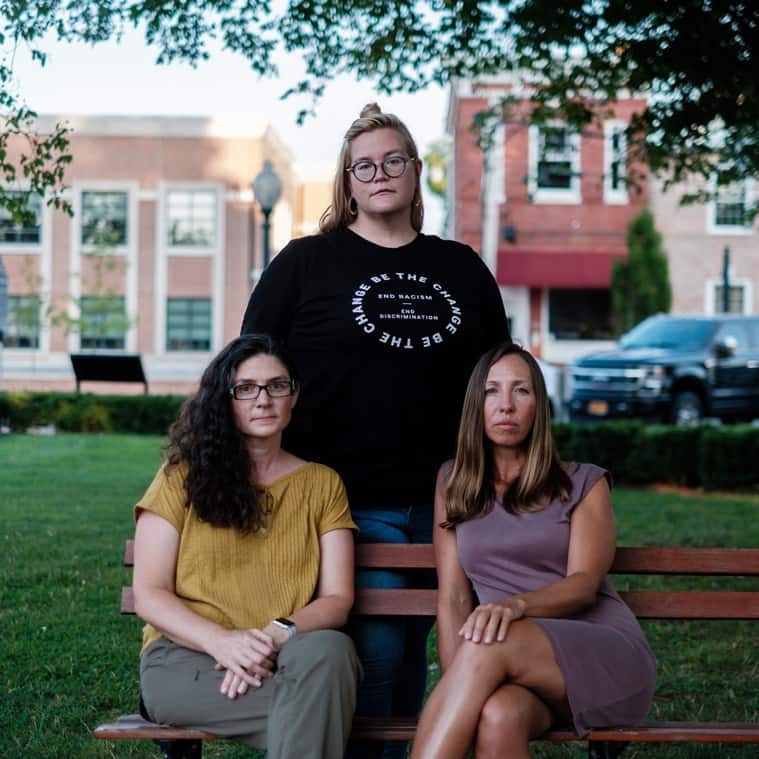 Schifanelli declined to be interviewed for this article.

Her lawyer and husband, Marc Schifanelli, sent a screenshot of a Facebook post in which Gordana Schifanelli said she was “horrified” by racist comments on the Kent Island Patriots page and threatened to remove the group members who wrote them.

In late 2020, Kane received word that the Patriots were planning a write-in campaign to take three of the five seats on the school board in November. Included in their slate of “Patriot candidates” was Marc Schifanelli.

“That’s when I knew there was a long game,” Kane said, “one I didn’t want to play and could not win.”

Born and raised in West Baltimore, Kane, 56, had always wanted to be a teacher. In 1996, after earning her bachelor’s, she took a job as a substitute in the Anne Arundel County Public Schools, a district adjacent to Queen Anne’s, while she pursued her teaching certificate.

Over the next couple of decades, Kane worked her way through the ranks of the school system and earned her doctorate in 2016. She took the top job in Queen Anne’s County after spending several years as an associate superintendent in Richmond, Virginia. She, and the board that hired her, believed her track record overseeing hundreds of schools and raising achievement for students from all backgrounds had prepared her.

“I understood what some of the needs were, and one of them was that equity needed to be solidly introduced and carried through,” she said.

A few weeks into the 2020-21 school year, the controversy was taking its toll on Kane.

During a tense board meeting in October, in which the members sought to limit her authority to spend coronavirus relief funding, she walked out.

“They made me feel subhuman,” she said of the board and the Kent Island Patriots.

When she returned to work in December, the Patriots’ slate had won election and controlled the five-member school board. Marc Schifanelli would be elected vice president.

By this spring, Kane had announced she was leaving the district.

In June, Kane addressed a crowd outside the Kennard African American Cultural Heritage Center. She was saying goodbye.

“There’s some noise out there, and it’s an evil noise,” Kane told the group. “Give it some time; evil will consume itself. Any time we let children express who they are, and set examples for them about what is right, we can’t go wrong.”