The rising psychological and physical toll of the pandemic has been accompanied by a worrisome spike in suicide among women. In Japan, 6,976 women took their lives last year, nearly 15% more than in 2019. 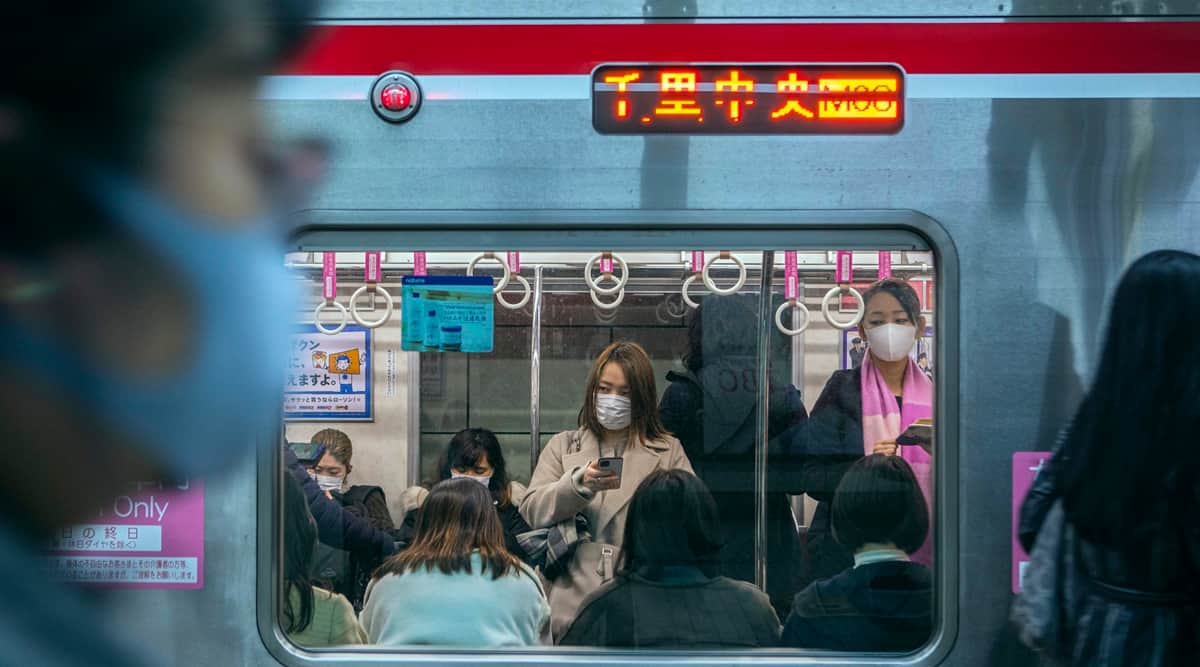 Not long after Japan ramped up its fight against the coronavirus last spring, Nazuna Hashimoto started suffering panic attacks. The gym in Osaka where she worked as a personal trainer suspended operations, and her friends were staying home at the recommendation of the government.

Afraid to be alone, she would call her boyfriend of just a few months and ask him to come over. Even then, she was sometimes unable to stop crying. Her depression, which had been diagnosed earlier in the year, spiraled. “The world I was living in was already small,” she said. “But I felt it become smaller.”

By July, Hashimoto could see no way out, and she tried to kill herself. Her boyfriend found her, called an ambulance and saved her life. She is speaking out publicly about her experience now because she wants to remove the stigma associated with talking about mental health in Japan.

While the pandemic has been difficult for many in Japan, the pressures have been compounded for women. As in many countries, more women have lost their jobs. In Tokyo, the country’s largest metropolis, about 1 in 5 women live alone, and the exhortations to stay home and avoid visiting family have exacerbated feelings of isolation. Other women have struggled with the deep disparities in the division of housework and child care during the work-from-home era, or suffered from a rise in domestic violence and sexual assault.

The rising psychological and physical toll of the pandemic has been accompanied by a worrisome spike in suicide among women. In Japan, 6,976 women took their lives last year, nearly 15% more than in 2019. It was the first year-over-year increase in more than a decade.

Each suicide — and suicide attempt — represents an individual tragedy rooted in a complex constellation of reasons. But the increase among women, which extended across seven straight months last year, has concerned government officials and mental health experts who have worked to reduce what had been among the highest rates of suicide in the world. (While more men than women killed themselves last year, fewer men did so than in 2019. Overall, suicides increased by slightly less than 4%.)

The situation has reinforced long-standing challenges for Japan. Talking about mental health issues, or seeking help, is still difficult in a society that emphasizes stoicism. The pandemic has also amplified the stresses in a culture that is grounded in social cohesion and relies on peer pressure to drive compliance with government requests to wear masks and practice good hygiene. Women, who are often designated as primary caregivers, at times fear public humiliation if they somehow fail to uphold these measures or get infected with the coronavirus.

“Women bear the burden of doing virus prevention,” said Yuki Nishimura, a director of the Japanese Association of Mental Health Services. “Women have to look after their families’ health, and they have to look after cleanliness and can get looked down upon if they are not doing it right.”

In one widely publicized account, a 30-something woman who had been recuperating from the coronavirus at home killed herself. The Japanese media seized on her note expressing anguish over the possibility that she had infected others and caused them trouble, while experts questioned whether shame may have driven her to despair.

“Unfortunately the current tendency is to blame the victim,” said Michiko Ueda, an associate professor of political science at Waseda University in Tokyo who has researched suicide. Ueda found in surveys last year that 40% of respondents worried about social pressure if they contracted the virus.

Experts have also worried that a succession of Japanese film and television stars who took their own lives last year may have spurred a string of copycat suicides. After Yuko Takeuchi, a popular, award-winning actress, took her life in late September, the number of women taking their own lives in the following month jumped by close to 90% compared to the previous year.

Shortly after Takeuchi’s death, Nao, 30, started writing a blog to chronicle her lifelong battles with depression and eating disorders. She wrote candidly about her suicide attempt three years earlier.

Such openness about mental health struggles is still relatively rare in Japan. The celebrity suicides prompted Nao, whose family name has been withheld at her request to protect her privacy, to reflect on how she might have reacted if she had hit her emotional nadir during the pandemic.

“When you’re at home alone, you feel very isolated from society and that feeling is really painful,” she said. “Just imagining if I was in that situation right now, I think the suicide attempt would have happened a lot earlier, and probably I think I would have succeeded.”

During the pandemic, women have suffered disproportionate job losses. They made up the bulk of employees within the industries most affected by infection control measures, including restaurants, bars and hotels. About half of all working women hold part-time or contract jobs, and when business flatlined, companies cut those employees first. In the first nine months of last year, 1.44 million such workers lost their jobs, more than half of them women.

Although Nao quit her consulting job voluntarily to seek psychiatric treatment, she remembers feeling wracked with insecurity, no longer able to pay her rent. When she and her then-fiancé decided to accelerate their wedding plans, her father accused her of being selfish.

“I just felt like I lost everything,” she recalled.

Those feelings, she said, triggered the depression that led to her suicide attempt. After spending some time in a psychiatric hospital and continuing medication, her self-confidence improved. She found a four-day-a-week job working in the digital operation of a magazine group and is now able to manage the workload.

In the past, suicide rates in Japan have spiked during times of economic crisis, including after the burst of the property-based bubble in the 1990s and the global downturn in 2008.

During those periods, it was men who were most affected by job losses and who killed themselves at higher rates. Historically, suicides among men in Japan have outnumbered those among women by a factor of at least 2-1.

In Hashimoto’s case, fears of financial dependence contributed to her sense of hopelessness.

Even when the gym where she worked as a personal trainer reopened, she did not feel emotionally stable enough to return. She then felt guilty about relying on her boyfriend, emotionally and financially.

She had met Nozomu Takeda, 23, who works in the construction industry, at the gym, where he was her training client. They had been dating only three months when she confided that her depression was becoming untenable.

Unable to afford therapy and suffering severe anxiety attacks, she said she identified with others who “felt very pushed into a corner.”

When she attempted suicide, all she could think about was freeing Takeda from the responsibility of taking care of her. “I wanted to take the burden off him,” she said.

Even those who have not lost jobs may have come under extra stress. Before the pandemic, working from home was extremely rare in Japan. Then women suddenly had to worry not only about pleasing their bosses from afar, but also about juggling new safety and hygiene protocols for their children, or protecting elderly parents who were more vulnerable to the virus.

The expectations to excel did not change, but their contact with friends and other support networks diminished.

“If they can’t get together with other people or share their stresses with other people, then it’s not really surprising” that they are feeling pressured or depressed, said Kumiko Nemoto, a professor of sociology at Kyoto University of Foreign Studies.

Having survived her own suicide attempt, Hashimoto now wants to help others learn to talk through their emotional problems and connect them to professionals.

Takeda says he appreciates how Hashimoto speaks openly about her depression. “She is the type of person who really shares what she needs and what is wrong,” he said. “So it was very easy for me to support her because she vocalizes what she needs.”