Divided by generation, ethnicity and class, and buffeted by a surge of bias incidents, Asian-Americans are growing exponentially as political players. 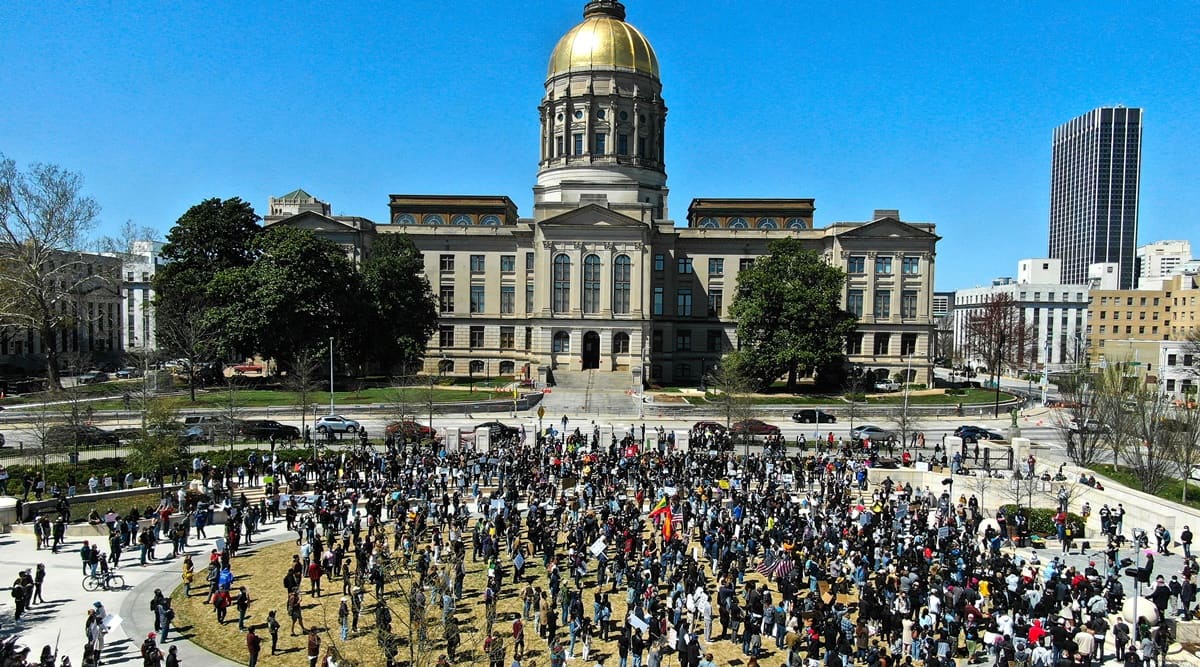 When Mike Park first heard about the recent shootings in Atlanta, he felt angry and afraid. But almost immediately, he had another thought.

“We can’t just sit back,” he said. “We can’t sit in our little enclave anymore.”

Born in South Carolina to Korean immigrants, Park grew up wanting to escape his Asian identity. He resented having to be the one student to speak at Asian-Pacific day and felt embarrassed when his friends did not want to eat dinner at his house because of the unfamiliar pickled radishes and cabbage in his refrigerator.

Now 42, Park embraces both his Korean heritage and an Asian American identity he shares with others of his generation. The Atlanta shootings that left eight dead, six of them women of Asian descent, made him feel an even stronger sense of solidarity, especially after a surge in bias incidents against Asians nationwide.

“I do think this horrible crime has brought people together,” said Park, who works as an insurance agent in Duluth, Georgia, an Atlanta suburb that is one-quarter Asian. “It really is an awakening.”

For years, Asian Americans were among the least likely of any racial or ethnic group to vote or to join community or advocacy groups. Today they are surging into public life, running for office in record numbers and turning out to vote unlike ever before. They are now the fastest-growing group in the U.S. electorate.

But as a political force, Asian Americans are still taking shape. With a relatively short history of voting, they differ from demographic groups whose families have built party loyalties and voting tendencies over generations. Most of their families arrived after 1965, when the United States opened its doors more widely to people in Asia. There are vast class divisions, too; the income gap between the rich and the poor is greatest among Asian Americans.

“These are your classic swing voters,” said Karthick Ramakrishnan, director of AAPI Data. “These immigrants did not grow up in a Democratic household or Republican household. You have a lot more persuadability.” 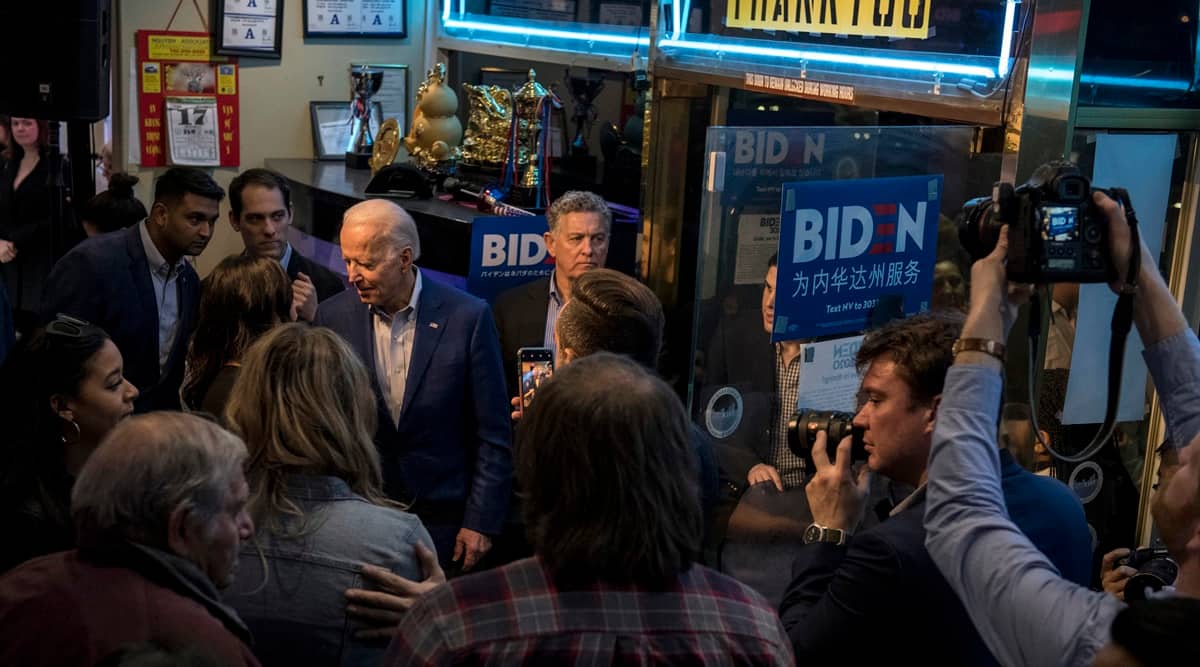 Historical data on Asian American voting patterns is spotty. Analyses of exit polls show that a majority voted for George Bush in 1992, Ramakrishnan said. Today, a majority of Asians vote for Democrats, but that masks deep differences by subgroup. Vietnamese Americans, for example, lean more toward Republicans, and Indian Americans lean strongly toward Democrats.

It is too early for final breakdowns of the Asian American vote in 2020, along either party or ethnic lines. But one thing seems clear: Turnout for Asian Americans appears to have been higher than it has ever been. Ramakrishnan analyzed preliminary estimates from the voter data firm Catalist that were based on available returns from 33 states representing two-third of eligible Asian American voters. The estimates found that adult Asian American citizens had the highest recorded increase in voter turnout among any racial or ethnic group.

As relatively new voters, many Asian Americans find themselves uniquely interested in both major parties, drawn to Democrats for their stances on guns and health care and to Republicans for their support for small business and emphasis on self-reliance. But they do not fit into neat categories. The Democratic position on immigration attracts some and repels others. The Republican anti-Communist language is compelling to some. Others are indifferent.

Former President Donald Trump’s repeated reference to the “China virus” repelled many Chinese American voters, and the Democrats’ support for affirmative action policies in schools has drawn strong opposition from some Asian groups. Even the violence and slurs against Asians, which began spiking after the coronavirus began to spread last spring, have pushed people in different directions politically. Some blame Trump and his followers. Others see Republicans as supporters of the police and law and order.

Yeun Jae Kim, 32, voted for the first time last year. His parents had moved from Seoul, South Korea, to a Florida suburb when he was a child and started a truck parts salvage business. Kim went on to graduate from Georgia Tech and then to a job at Coca-Cola in Atlanta, but, like his parents, he was so focused on making it that he did not vote or think about politics much at all.

Last year changed his mind. But how to vote and whom to choose? He and his wife spent hours watching videos on YouTube and talking at church to a politically experienced friend, also a Korean American.

He wanted to keep his vote private. But he said that casting a ballot made him feel good.

“It made me feel really proud of the country,” he said. “Like everybody is in this together. It helped me feel connected with other people who were voting too.”

Part of the new energy in Asian American politics comes from second-generation immigrants, who are now in their 30s and 40s and are forming families that are far more racially mixed and civically engaged than those of their parents. A new Asian American identity is being forged from dozens of languages, cultures and histories.

“Right now, it is this coming of age,” said Marc Ang, 39, a conservative political activist and business owner in Orange County, California.

His father, an immigrant from the Philippines of Chinese descent, came to California in the 1980s as a white-collar worker in the steel industry. The state is now home to about one-third of the country’s Asian American population.

“Suddenly we are top doctors, top lawyers, top business people,” said Ang, who pointed out that the approximately 6 million Asians in California are equivalent to the size of Singapore. “It is just inevitable that we become a voting bloc.”

Ang, a Republican, worked to defeat an affirmative action proposition in California last year. But he praised Democrats and their efforts to draw attention to the storm of slurs and physical attacks over the past year, which he said have been a galvanizing force, unifying even the least politically involved people from countries as different as China, Vietnam, the Philippines and South Korea.

More Asian Americans are running for office than ever before. They include Andrew Yang, among the early leaders in the race for New York mayor, and Michelle Wu, the city councilor who is running for mayor of Boston. A Filipino American, Robert Bonta, just became attorney general of California.

Asian Americans lean toward Democrats — all the more so among the American-born. But there are things pushing Asians away from the Democrats as well.

Anthony Lam, a Vietnamese immigrant who fled as a refugee in the 1970s and grew up working class in Los Angeles, had usually voted for Democrats. But as the owner of a hair salon in San Diego, he became increasingly frustrated with directives for coronavirus lockdowns and turned off by the unrest during Black Lives Matter protests. When he criticized the looting, he said some white Democrats chastised him.

Lam voted for Hillary Clinton in 2016. He supported Yang in the Democratic primary last year. But he said he eventually voted for Trump, mostly out of frustration with Democrats.

Despite recent increases in political representation, some Asian American communities still feel invisible, and some members argue that could lead to a rightward turn.

Rob Yang, a Hmong American who owns shoe and apparel stores in Minneapolis and St. Paul, grew up poor as a refugee. He has watched the turmoil in the wake of the George Floyd killing in his traditional, largely working-class Hmong community. His own stores were stripped of their merchandise during the Black Lives Matter protests.

He voted for Biden. He said that he supported the Black Lives Matter movement but that some in his community did not. Years of feeling invisible had frustrated and demoralized them.

The way he sees it, Asians still do not have enough of a voice, and he worries that the pressure of holding everything in for years is reaching dangerous levels. He said he worried that a populist Asian leader, “an Asian Trump,” could have a huge following by tapping into this frustration.

“We’ve been holding it all in for so long, it will just take the right circumstances for us to blow,” he said.