Data from the Department of Health and Human Services shows that the number of hospitals with very full ICUs doubled in recent weeks. 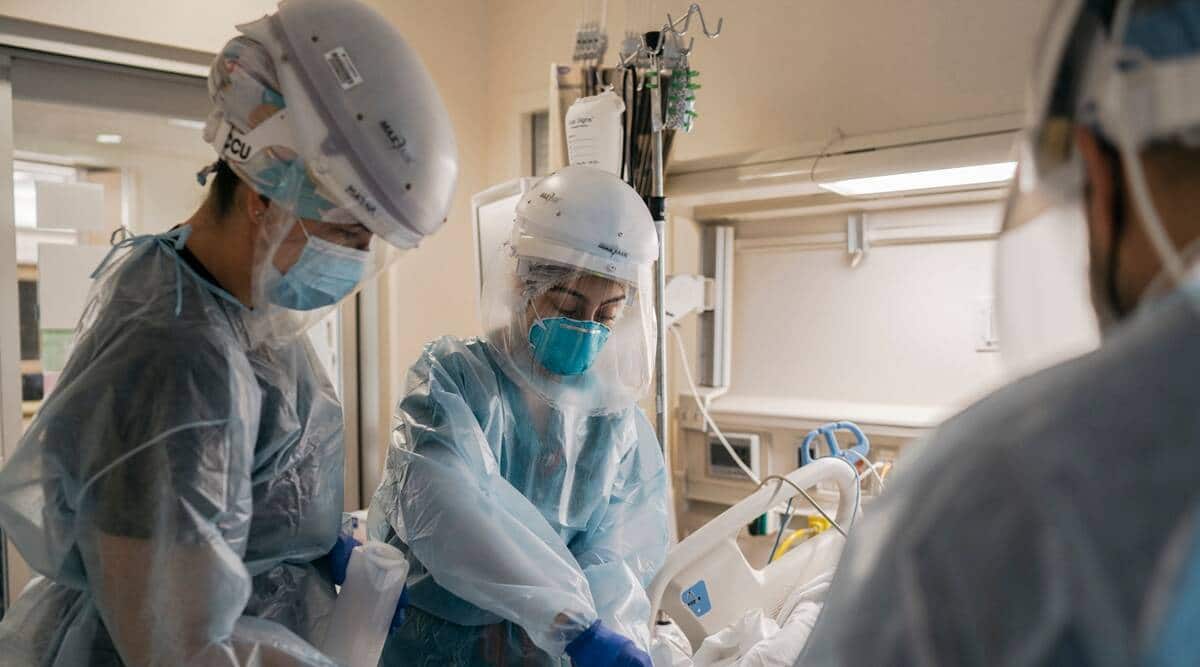 The summer surge in coronavirus cases in the United States, led by the domination of the more contagious delta variant, is well into its second month, and the number of those hospitalized with COVID-19 has reached heights last seen during the overwhelming winter wave.

The number of those patients who are critically ill, requiring treatment in an intensive care unit, has risen, too. Data from the Department of Health and Human Services shows that the number of hospitals with very full ICUs doubled in recent weeks. Now, 1 in 5 ICUs have reached or exceeded 95% of beds occupied, a level experts say makes it difficult or impossible for health professionals to maintain standards of care for the very sick.

In many states, hospital workers are seeing admission numbers that resemble what they saw at the height of the pandemic over the winter. Some are struggling to find enough beds, while others have employees working overtime and are relying on contract nurses and emergency medical technicians. Outside some hospitals, officials are erecting large tents to house everyone.

Dr. David De La Zerda, who has spent more than a year treating patients in the ICU at Jackson Memorial Hospital in Miami, thought early this summer that a drop in cases meant the crisis phase of the pandemic was near its end. That feeling lasted just four weeks. According to federal data, there were more than 300 patients hospitalized with COVID in the Jackson Memorial Hospital system in the week ending Aug. 12, up from around 70 at the beginning of July.

For health care providers like De La Zerda, the rise in cases feels like deja vu — but the emergence of vaccines is worsening the blow.

“This virus is becoming a more preventable disease than before, when this was all new, because now we know that there’s something that we can do,” he said, referring to vaccines, which are highly effective at preventing severe illness and death from COVID-19. “There’s this sense of a lack of concern, but we all know this isn’t true because we’re working in the hospitals.”

Typically, coronavirus patients are admitted to a hospital when their condition affects their ability to breathe, according to De La Zerda. But if a patient’s breathing deteriorates enough or their blood pressure falls too low, they are taken to the ICU.

“Some of them are so sick that they are immediately taken there,” he said. “And it’s usually around the second day of admission that they either get better or they get worse, but it all depends.”

The number of people hospitalized nationally has already surpassed the level seen during last summer’s surge, and it is still climbing. In some states, particularly in the South, the hospitalization rate is approaching, or has already reached, a record high.

Seven states — Arkansas, Florida, Hawaii, Louisiana, Mississippi, Oregon and Washington — have hospitalization levels exceeding their most recent winter and summer peaks. There are few signs that the rise in hospitalizations is slowing nationally, although in Missouri and Nevada, where hospitalizations started rising earlier in the summer, the increase may be slowing.

More young people are being hospitalized. The number of children in the hospital — more than 1,800 right now — and the number of new admissions each day are the highest they have ever been, based on federal data going back to October.

Relaxed public health protocols, a steep slowdown in vaccinations and the delta variant created what some experts call a perfect storm for the resurgence. Researchers say hospitalization rates are one of the most accurate indicators of how severe an area’s COVID-19 outbreak is.

“Case counts are dependent on testing behavior, and there are all different potential biases that come with that, but death data is lagged,” said Lauren Ancel Meyers, director of the University of Texas at Austin’s COVID-19 Modeling Consortium, which has been tracking coronavirus data in the state since the pandemic began.

While that strain is familiar by now to health care providers, there are aspects of the current surge that are unprecedented. The patients De La Zerda sees are younger, he said — many under 40. And because these patients are not on mechanical ventilators, and instead on high-flow oxygen systems that allow them to speak, he often talks to them.

“Every single patient regrets not getting the vaccine,” he said. “I don’t have one that doesn’t. They look really sick, and they look really young. You can see somebody now talking to you, and the next time you see them, they’re dead.”