The N700s — the suffix stands for 'supreme’ — is the first new model of bullet train on Japan’s busiest line for almost a decade. 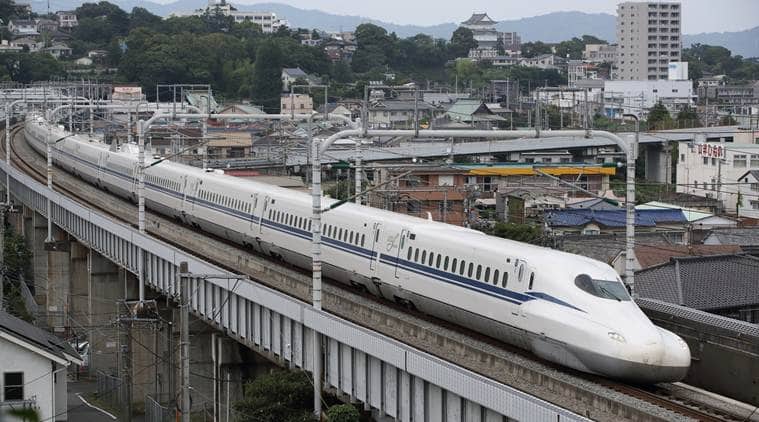 A new model of bullet train set to enter service ahead of the Tokyo Olympics hit a record speed of 360 kilometers (224 miles) per hour in a test run, operator JR Central said. The N700s — the suffix stands for ‘supreme’ — is the first new model of bullet train on Japan’s busiest line for almost a decade. The train is lighter and uses less energy than current designs, as well as boasting additional safety features in case of earthquakes.

The record was achieved late Friday on tracks linking Maibara and Kyoto, said Central Japan Railway Co., better known as JR Central. It’s the fastest speed a commercial model of shinkansen bullet train has ever achieved, although the train is expected to run at the line’s current top speed of 285 kph when it enters service.

JR Central is spending 240 billion yen ($2.2 billion) on the introduction of the train series, and will continue tests at the top speed until mid June.

Japan’s bullet trains, which debuted the same year as the 1964 Tokyo Olympics, are famed for their reliability and safety. Japan is pitching the trains for export, with JR Central aiming to sell the Supreme model to Texas and Taiwan.

Another JR company, East Japan Railway Co., is currently testing the Alfa-X, which will operate at 360 kph when it’s introduced in 2030 on lines linking Tokyo to the northern island of Hokkaido.