Barr has been among the president’s most loyal allies and denigrated by Democrats as nothing more than his personal lawyer, but he publicly challenged Trump in a way that no other sitting Cabinet member has. 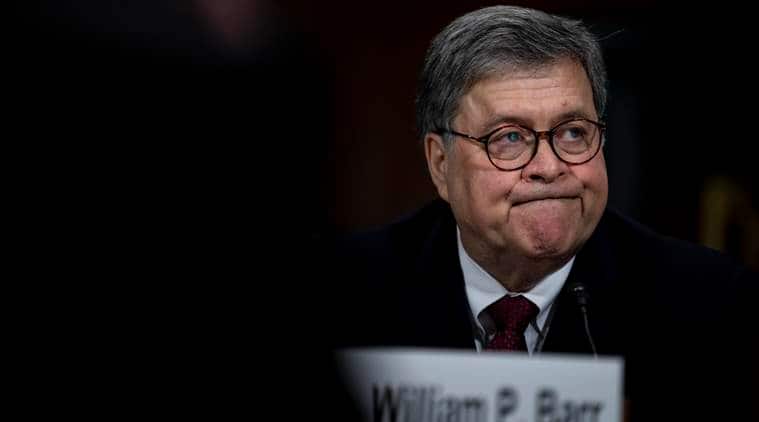 In an extraordinary rebuke of President Donald Trump, Attorney General William Barr said Thursday that Trump’s attacks on the Justice Department had made it “impossible for me to do my job” and asserted that “I’m not going to be bullied or influenced by anybody.”

Barr has been among the president’s most loyal allies and denigrated by Democrats as nothing more than his personal lawyer, but he publicly challenged Trump in a way that no other sitting Cabinet member has.

“I’m not going to be bullied or influenced by anybody,” Barr said in an interview with ABC News. “And I said, whether it’s Congress, newspaper editorial board or the president, I’m going to do what I think is right. I cannot do my job here at the department with a constant background commentary that undercuts me.”

Barr’s remarks were aimed at containing the fallout from the department’s botched handling of its sentencing recommendation for Trump’s longtime friend Roger Stone, who was convicted of seven felonies in a bid to obstruct a congressional investigation that threatened the president.

Trump’s criticisms “make it impossible for me to do my job and to assure the courts and the prosecutors in the department that we’re doing our work with integrity,” Barr said.

He added, “It’s time to stop the tweeting about Department of Justice criminal cases.”

People close to the president said they were caught off guard by the interview.

Hours after prosecutors recommended Monday that a judge sentence Stone to seven to nine years in prison, Trump attacked their request as “horrible and very unfair” and as a “miscarriage of justice.” The next day, Barr and other senior department officials intervened to lower the recommendation.

The episode ignited a firestorm among rank-and-file lawyers at the Justice Department.

Trump’s opponents escalated their accusations of inappropriate influence when Trump congratulated Barr for his decision to step in and ease the sentencing recommendation for Stone. “Congratulations to Attorney General Bill Barr for taking charge of a case that was totally out of control and perhaps should not have even been brought,” Trump said on Twitter.