The zebras have been on the run since Aug. 31, when they somehow escaped from a privately owned farm in Upper Marlboro, according to Rodney Taylor, chief of the Prince George’s County Animal Services Division. 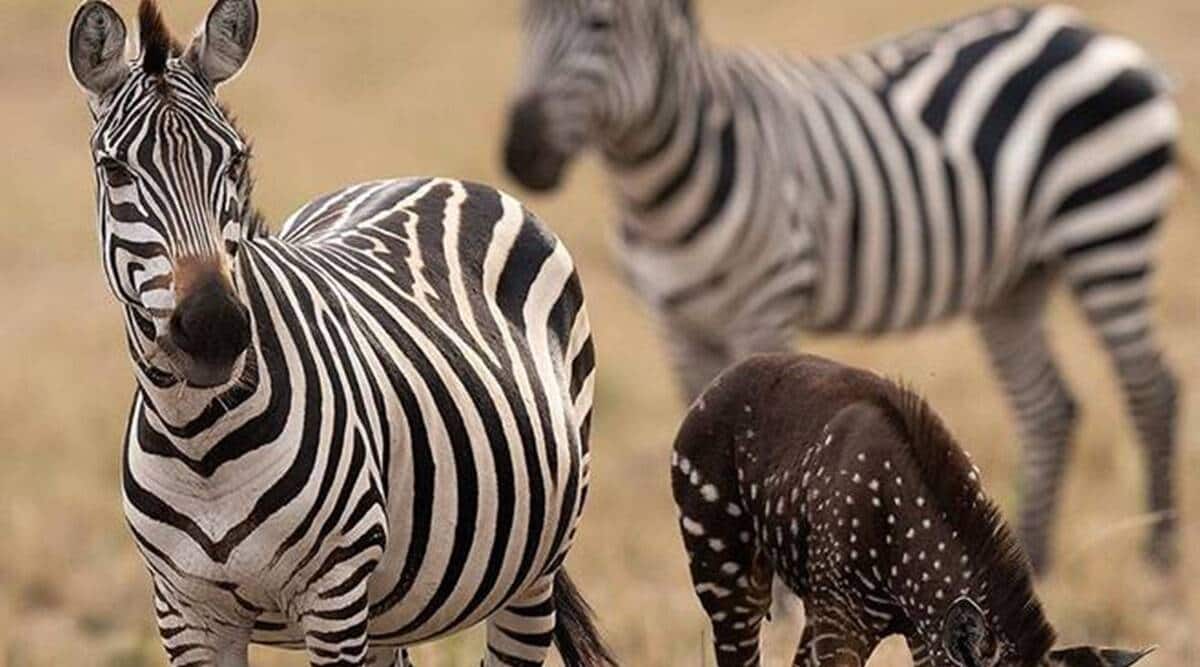 They’re still out there, roaming free.

A month after they escaped from a farm in Maryland, five zebras have evaded capture and are continuing to ramble across the wilds of suburban Prince George’s County, eking out a living on territory far from the grasslands of East Africa.

There has been no shortage of sightings.

Joshua DuBois, who led the White House Office of Faith-Based and Neighborhood Partnerships under President Barack Obama, said on Twitter that after his son claimed to have seen the zebras, he did a U-turn, pulled into “some guy’s driveway” and spotted them in Upper Marlboro, Maryland, about 20 miles southeast of Washington, D.C.

“BAM. WILD MARYLAND ZEBRAS,” DuBois wrote on Twitter, posting with his comment a video showing a zebra trotting along a tree line.

“It is odd to see zebras crossing the road,” Pennoyer said, adding, “There are worse things that could be running around Upper Marlboro — like alligators.”

The zebras have been on the run since Aug. 31, when they somehow escaped from a privately owned farm in Upper Marlboro, according to Rodney Taylor, chief of the Prince George’s County Animal Services Division.

They were part of a zeal — as a bunch of zebras is sometimes called — of 39 that had been brought to the farm from Florida in mid-August. Taylor said he was not sure why the farm owner, whom he identified as Jerry Holly, had been keeping zebras but said they were not part of a zoo or other exposition.

He said Holly had a license from the U.S. Department of Agriculture to keep zebras. Department records indicate that the farm has had a variety of wild animals as recently as 2018, including black-handed spider monkeys, dromedaries, mandrills, red kangaroos, brown lemurs, capybaras and gibbons.

After the zebras got loose, the farm had planned to capture them by luring them into a corral baited with grain. The corral was to be rigged with a gate that would swing shut, trapping the escapees.

But the zebras have proved to be a wily bunch, foiling the effort week after week.

“I can say we haven’t caught them yet,” Taylor said Thursday, declining to offer more details. “They’re still loose. They still have the feeding station out to catch them.”

There was no answer at a phone number listed for Holly.

Daniel Rubenstein, a professor of zoology at Princeton University, said he was not surprised that the zebras had proved so elusive.

Unlike domesticated horses that will return to a barn after they have gotten loose, zebras are wild animals and “don’t like people generally,” he said. And they may not have any need to feed on the grain set out for them as bait, if they can find enough food to munch elsewhere.

If the zebras continue to elude capture, “they should be able to do just fine” in Prince George’s County, Rubinstein said.

The county has plenty of lawns, fields and pastures where the zebras can graze, as well as streams and other places for them to drink water, which they need to do once a day, he said.

And with the dearth of lions in the Greater Washington area, they have no natural predators, he said, adding, “coyotes they can deal with.”

Although zebras “won’t like snow,” they may be able to survive colder weather in the fall and winter. Zebras, he said, live on the slopes of Mount Kenya, at 13,000 feet, where temperatures at night dip into the 30s.

“They should be able to thrive quite nicely,” Rubinstein said. “They will be able to sustain themselves naturally on that landscape.”

He suggested that the farm track the zebras with infrared cameras or drones and then tranquilize them or drive them into a corral.

But the zebras may not stay in the area for long, Rubinstein warned.

If the zebras that escaped are not part of a family group, they may separate and wander as loners, making them even more difficult to capture. “If they’re starting to go their own individual way,” he said, “who knows?”