In a recent appearance on The Ellen DeGeneres Show, The Suicide Squad star and WWE champion John Cena opened up about the impact of music group BTS and their fans, Army, in his life. 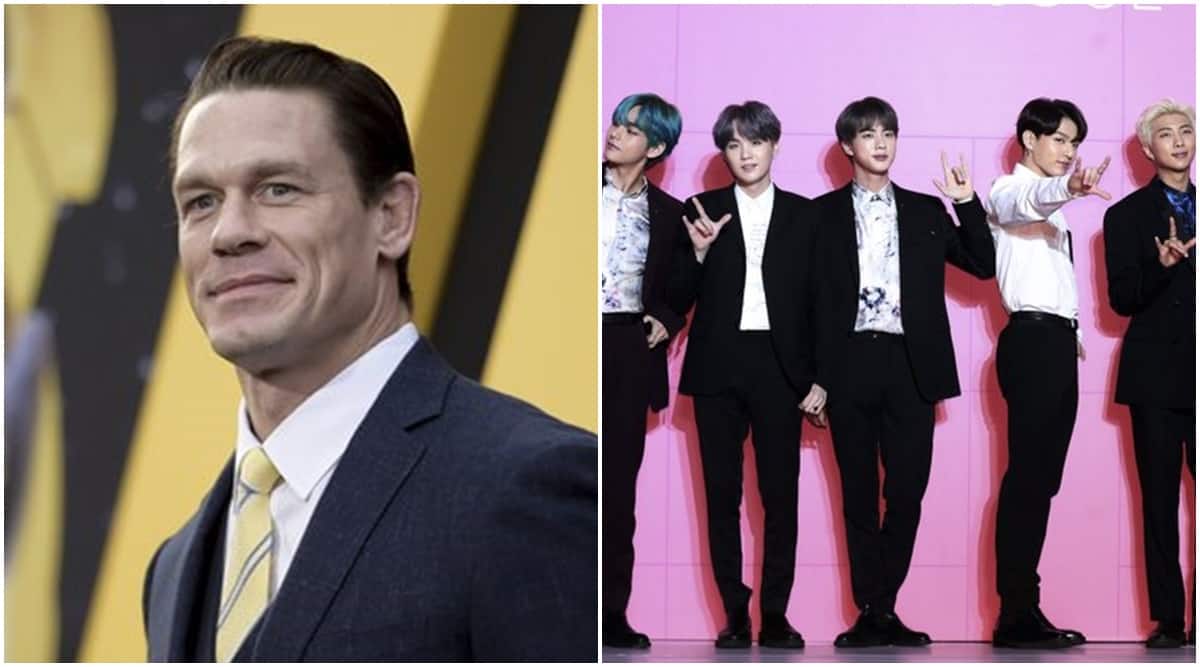 In a recent virtual appearance on The Ellen DeGeneres show, WWE champion and actor John Cena spoke about the impact of the popular South Korean band BTS and its fans’ influence on his life. Cena, who has published two self-help books, said that the fans of the K-pop group called Army, helped him embrace his more vulnerable side.

Further expounding on the support and inspiration he received from BTS’ music, The Suicide Squad actor stated, “Amazingly enough, talk about wonderful timing and just being ready for an opportunity, a very popular group, BTS, had just released an album called Love Yourself. So I put out all these messages about self-love. And I’m thinking this is not gonna be a good idea because this big, larger-than-life 16-time WWE champion is talking about vulnerability and you aren’t enough and you shouldn’t be ashamed of who you are.”

Thanking his stars and BTS Army, John said, “But it caught fire because of the BTS army. I was essentially sending a similar message as the band. These books exist because the BTS army was brave enough to support my vulnerable moment.”

“I got to thank BTS for supporting me in a moment of weakness and turning it into a passion of mine,” John Cena concluded.