Kajol wished her fans on World Bicycle Day by posting a behind-the-scenes clip from Kuch Kuch Hota Hai, also starring Shah Rukh Khan, where she falls off from her bicycle. 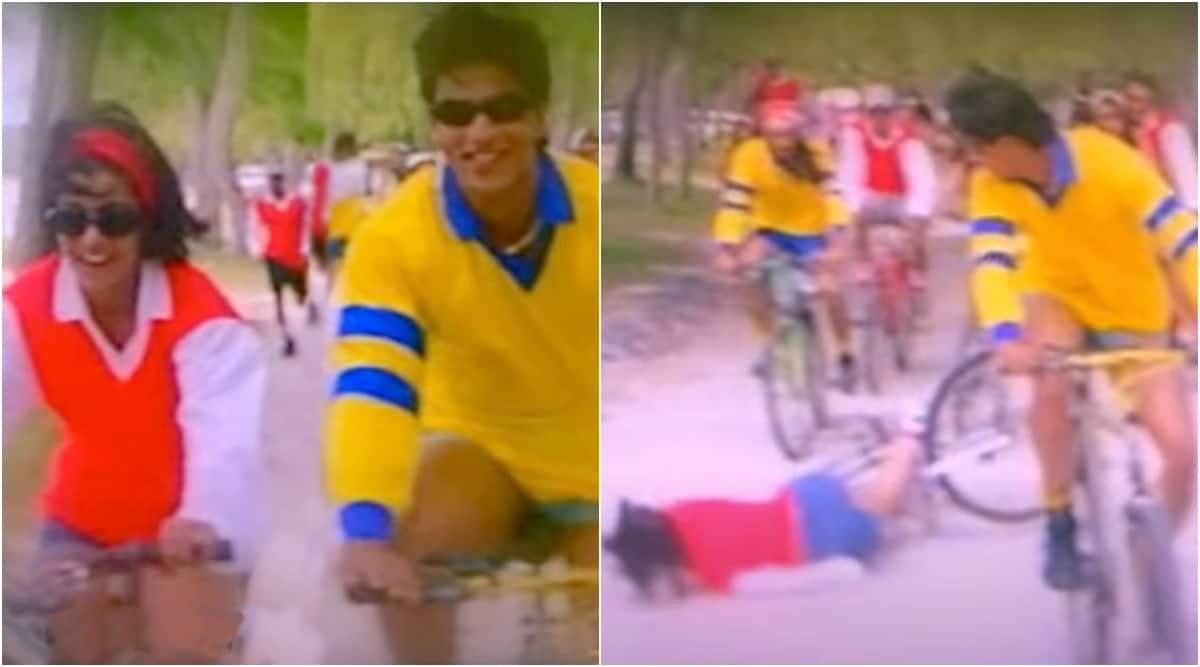 It is World Bicycle Day on Thursday. But in case you didn’t remember that, you sure will remember the famous scene of Rahul and Anjali bicycling in Kuch Kuch Hota Hai (1998). Bollywood star Kajol, who played Anjali, took to her Instagram handle and wished her followers on the day, but with a twist.

Kajol posted a behind-the-scene clip of the aforementioned scene from KKHH, also starring Shah Rukh Khan and Rani Mukerji. It is known that Kajol, while performing the shot, fell of her bicycle and hurt herself. But what actually happened, can be seen here in the video. She must’ve had a bad fall, and now we know.

The scene features in the song “Yeh Ladka Hai Deewana” in Karan Johar’s debut directorial, when Rahul and Anjali are having a fun time at the beach. They play volleyball and party around, and even ride bicycles. The scene however gets cut just before Kajol hits the ground as she cycles besides Shah Rukh Khan.

Kajol, in her caption wrote, “And a very Happy Bicycle Day to you too. #WorldBicycleDay.” KJo gave a fun reaction as he commented on Kajol’s post, “Oh god! I remember this so clearly! And can’t forget what happened after.” Even celebrity designer Manish Malhotra, who also worked on KKHH added, “@kajol remember this. We all ran towards you. Every song that you fell become a big hit.”

Manish was referring to Kajol having incidents of falling off on the sets, which her friends now consider a good luck charm. According to them, all those movies have become a hit. They’ve gone on record and revealed that Kajol fell while filming My Name Is Khan and Dilwale too.

The film went on to win several awards including the National Film Award for Best Popular Film Providing Wholesome Entertainment.