Stand-up comics are the new superstars of the day with a ready audience running into millions in theatres, pubs and varied online sites. It's an ever growing tribe with the likes of Kunal Kamra, Rajeev Nigam, Varun Grover and Azeem Banatwalla. 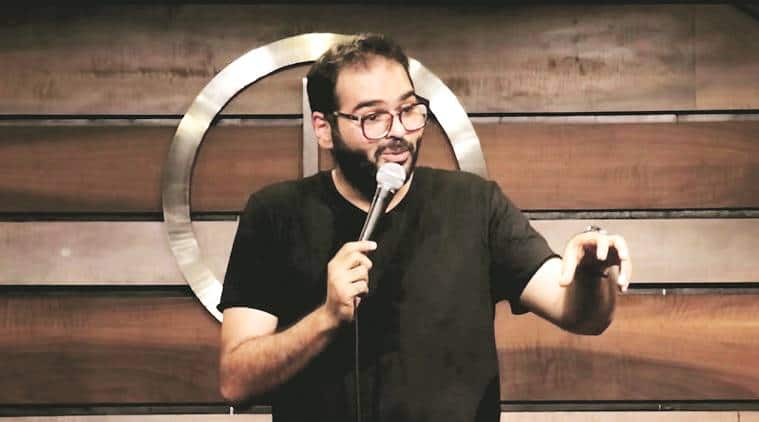 Holding up an unforgiving mirror to contemporary times and giving voice to all kinds of angst, stand-up comics are the new superstars of the day with a ready audience running into millions — in theatres, pubs and varied online sites.

It’s an ever growing tribe with the likes of Kunal Kamra, Rajeev Nigam, Varun Grover, Azeem Banatwalla and a host of others who use humour, gentle and sharp, to tickle India’s funny bone while sharply satirising society and politics.

The just concluded elections gave them fresh fodder to sharpen the humour mills.

Many of them were following various careers and have now moved into ‘full-time comedy’, much like their counterparts in the US where several stand-up comics have near cult status.

Nigam, whose videos have received over a million likes, is aware his primary job is to make people laugh, but he makes it a point to consciously talk about other issues.

“I just try to show the audience these issues from my perspective through satire,” the 47-year-old told PTI.

The Mumbai-based Nigam is part of the fraternity of stand-up comics that has not just emerged as an alternative voice challenging the establishment but also found stardom.

Finding ample material in events political and otherwise unfolding around them, they perform at comedy clubs, high-end pubs and take the stage in packed auditoriums with thousands paying good money to hear them.

The new stars of today’s age are also streaming all over the internet with millions of viewers.

Everyday is a new day.

On Monday, four days after the BJP government came back to power with a thumping majority of 303 Lok Sabha seats, well-known stand-up comic Kunal Kamra retweeted Prime Minister Narendra Modi’s tweet paying tribute to Pandit Jawaharlal Nehru on his death anniversary with the caption, “When Modiji’s Twitter gets hacked.”

The 30-year-old’s chance encounter with stand-up happened in 2013, when his day job was that of a production assistant. Following an act at a comedy club in Mumbai, something clicked and he never looked back.

Now he hosts a podcast titled, “Shut Up Ya Kunal” on YouTube, along with performing live gigs.

The stand-up comedy scene in India first grabbed attention in 2012 with All India Bakchod (AIB) founded by Tanmay Bhat, Gursimranjeet Singh Khamba, Ashish Shakya and Rohan Joshi, who created no-holds-barred satirical content, until the creative agency got embroiled in controversy during the Me Too movement last year.

For Banatwalla, the lead writer at comedy collective East India Comedy, who has created sets on topics like India-Pakistan relations and the beef ban, satire is the only weapon at the disposal of common people in present times.

“Large sections of the media are unable/unwilling to ask questions of people in power. It’s the media’s job to report, but it’s the people’s job to criticise, and satire is a very powerful tool to do it,” he said.

Banatwalla, also based in Mumbai, was one of the first few Indian comics to have a stand-up special on OTT media platform Amazon Prime Video.

Also turning heads with its razor sharp wit is the “Aisi Taisi Democracy” group. The comedy-musical show featuring Indian Ocean’s Rahul Ram, satirist Sanjay Rajoura and Bollywood lyricist Varun Grover has been playing to houseful crowds paying what they would for any other high profile concert.

In one of his videos, 39-year-old Grover is seen claiming that satire has become one of the “most difficult” things to do in India.

“It is in direct competition with reality. We think for two long weeks to come up with a joke and then we get to know that it actually happened last evening,” he said.

With over 63,000 subscribers, the Aisi Taisi… trio in the election season travelled across the country as part of their ‘Azaadi Tour 2019’, talking about “acche din”, fake news on Whatsapp forwards, demonetisation and women’s safety.

According to Aparajita Kotlia of the Canvas Laugh Club that hosts comedy shows, comics present a wide range of content, but almost every one of them has “some political material”.

“A political issue may just pop up on stage without us knowing ahead of time. We have artists performing everyday, and from our end, there are no restrictions,” she said about the club in Cyber Hub in Delhi’s satellite town of Gurugram.

Politics is not the most comfortable of topics, she admitted.

“When someone just drops in a political joke, the mood can change. The room can become a little tight. Comedians know what they are doing though, part of comedy is understanding tension and release,” she said.

For most satirists, the topics they choose are often determined by how strongly they feel about it.

“I choose things that I feel strongly about, and depending on the platform and the kind of content, the research may vary,” Banatwalla said.

Being a comedian is not all laughs of course.

Nigam, who has had a two-decade career as a comic writer, said political satire is not new in India but what is alarming in the present time is the reaction to it.

He said he has often been subjected to vicious abuses and trolled for cracking jokes on political personalities.

“Now there is an environment of hatred. The general public seems to have become more intolerant,” he said.

Nigam and Banatwalla said the threats would initially scare them, but once they realised the trolls spewed hatred from behind the garb of anonymity, ignoring them seemed the best option.

“It was scary at the beginning until we realised that the anonymous voices trying to shut us down online were part of an organised machinery that’s paid to do a job.

“The simple trick is to just not respond, because showing them you’re upset gives them what they want,” Banatwalla said.