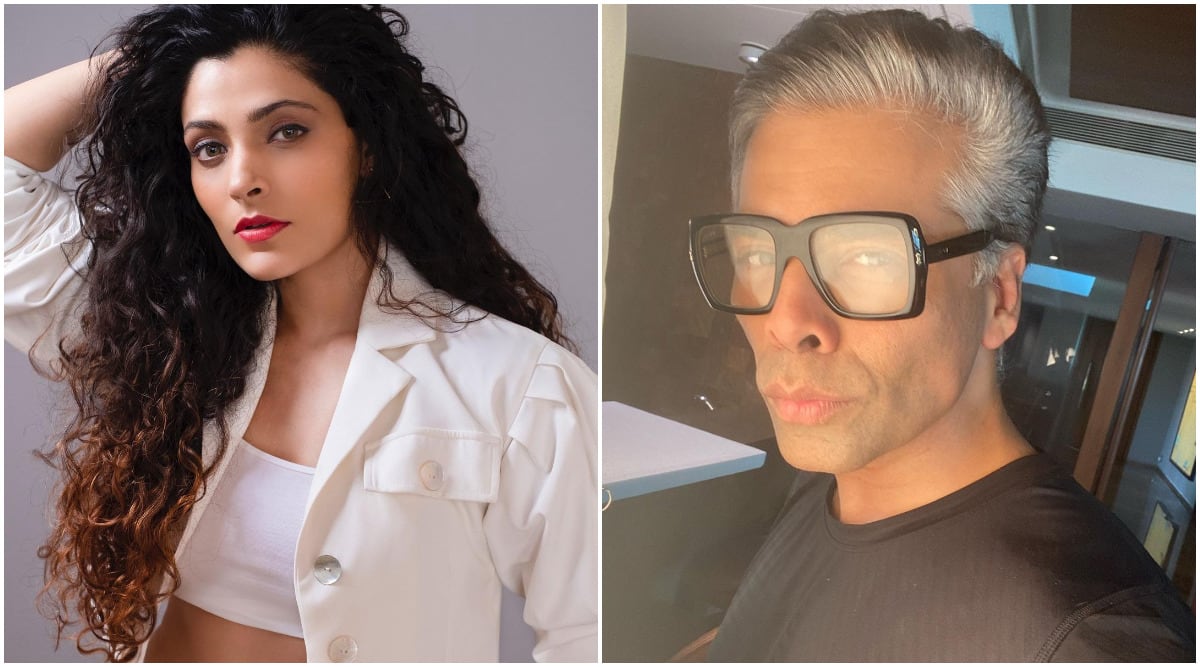 Karan Johar took to Instagram stories to welcome Sayami to DCA. Sharing pictures of the Choked actor, he wrote, “Congratulations @sayami, all of us at @dcatalent and @dharmamovies are super excited to do a lot more great stuff with you!!” Johar launched the talent management agency in December 2020, in partnership with Bunty Sajdeh. While announcing the launch of his new venture, Johar had said, “DCA will also serve as a platform to nurture the best, and become an indomitable powerhouse of talent.”

The current line up of actors under DCA squad includes Shanaya Kapoor, who will start shooting for her first project in July, and other actors including Bulbbul’s Triptii Dimri, Gurfateh Pirzada who starred in Kiara Advani’s Netflix film Guilty, Dhairya Karwa who featured in URI: The Surgical Strike, and TV actor Lakshya Lalwani, who is set to make his Bollywood debut with Collin D’Cunha directorial Dostana 2 with Kartik Aryan and Janhvi Kapoor.

Saiyami, who was last seen in Amazon Prime Video’s Unpaused and Netflix’s Choked, directed by Anurag Kashyap, will be next seen in the Telugu film Wild Dog, directed by debutant Ashishor Solomon. The film starring Nagarjuna Akkineni, Dia Mirza is scheduled to release on April 2.