‘It is a hard hitting, intense film which won’t be just another entertainer.’
‘This film will have a recall factor, there will be takeaways.’ 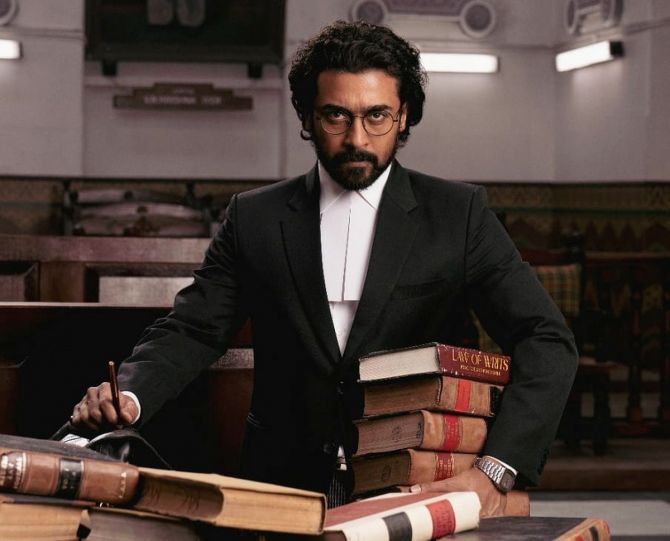 South star Suriya says his courtroom drama Jai Bhim is a film with tremendous recall value as it aims to raise several important questions through its biting portrayal of a community’s quest for justice.

The film is based on true events that happened in the 1990s in Tamil Nadu and follows the story of a couple, Senggeni and Rajakannu, from the Irular tribal community.

When Rajakannu is arrested on false charges and later goes missing from police custody, his wife takes the help of Advocate Chandru, played by Suriya, to find her husband.

In a group interaction on Zoom, the 46-year-old actor said he now tends to gravitate towards films like Jai Bhim

“I try to deep dive into what I choose and ask difficult questions, seek answers or at least let people ponder over it. It is about going into these complex situations. If I am taking up a topic, (I ask myself) am I covering it from all sides, am I making people connect with it. And I like that about whatever is coming my way…

“Even in my interactions, I can see directors asking those complex questions and trying to see if we have an answer. Jai Bhim does that.

“We talk about the mindset, how people fight to get things right. These things will make the watch extremely relevant. It is a hard hitting, intense film which won’t be just another entertainer. This film will have a recall factor, there will be takeaways,” Suriya says. 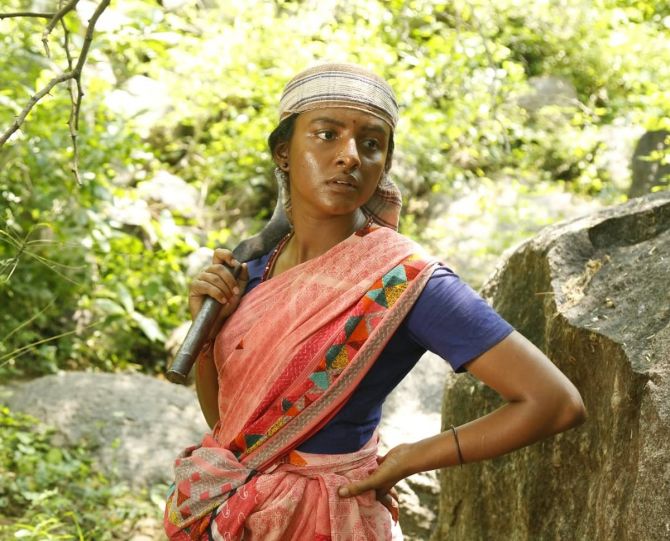 Directed by Tha Se Gnanavel, Jai Bhim is essentially about the journey of one man who rose against odds and championed the cause of justice for the oppressed.

When he was approached for the film, Suriya said he was deeply moved by its intention and how it shone a light on the functioning of the system.

“For me, it is about how we want to celebrate our unsung heroes. The responsibility also comes with the story because it also deals with a tribal woman’s fight for justice and what it takes for them to reach the high court.

“It is not a normal situation. It is about how people, one person can make that change. I believe showcasing true incidents (in films) will lead to true changes,” he explains.

Though the film takes a hard look at the invisibilised community, Suriya asserts Jai Bhim is not a commentary on modern-day politics.

“The film is more about what happened in 1995… Definitely it will inspire a lot of people in our society to have a different perspective on certain things. How the judiciary and the police department should be hand-in-hand to make things be in the right place, bring justice.

“That’s what the film talks about, I don’t think it talks about the current politics to make immediate changes here… The film will definitely raise a lot of questions, like, do we even know about them, this community, what they would have gone through,” the Soorarai Pottru star adds. 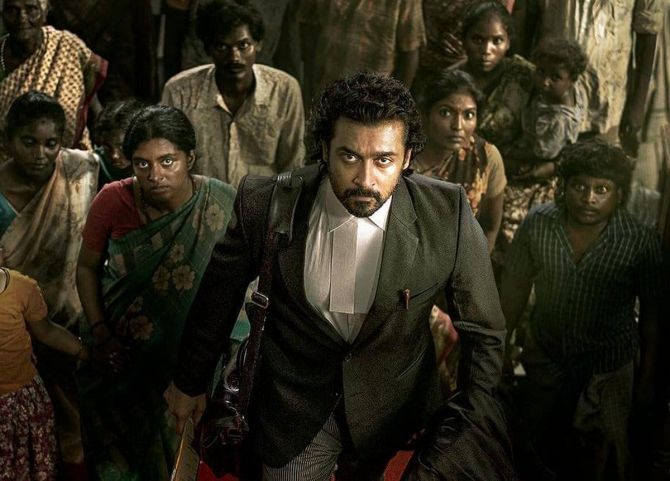 Suriya said Jai Bhim went through a series of ups and downs during its production as the film was being mounted amid the coronavirus lockdown last year.

Things derailed further when he contracted COVID-19 earlier this year.

The decision to skip a theatrical release was then fuelled by the lack of clarity on the nationwide reopening of cinema halls and the success of his last film, Soorarai Pottru, which had also released on the streamer.

“The film started 10 days before the lockdown happened. Then later when we wrapped up and were moving on to the third schedule, the second wave happened. I got badly affected. I was hospitalised and was there for five days with an oxygen mask. We were not aware when a nice theatrical release would happen.

“With OTT (over-the-top platform) we saw what happened to Soorarai Pottru — we were able to tap into new territories and audiences,” he says, adding, “Of course, the theatrical experience is different, but I am glad this (film’s release) is happening with Prime Video.”