Money heist falls short given its treatment of its female characters. As a viewer, I don't expect every character in a fictional show to uphold the highest moral standards, but I do expect to see some repercussions for a rapist. 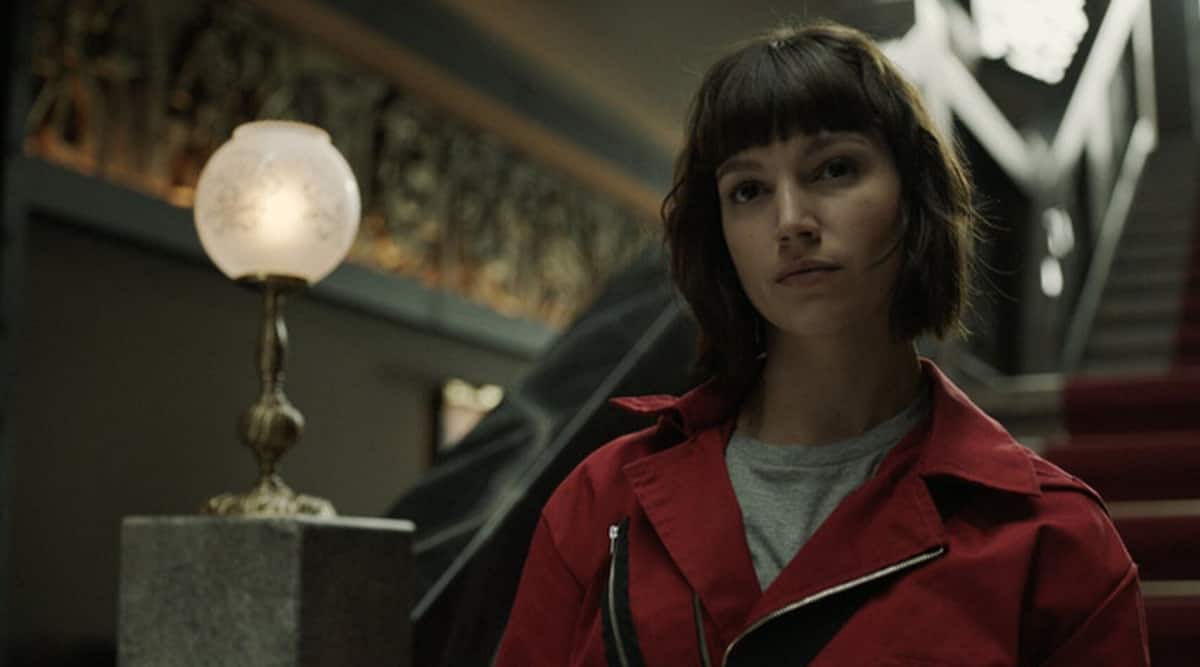 La casa de papel aka Money Heist is one of the most popular shows around the world right now, which is a huge achievement for a show that found no takers after its first season. But, Money Heist’s fate changed when it landed on Netflix and found fame with its misguided message of resistance that was somehow presented as a socialist commentary. As soon as Money Heist found its feet in the global community, the Dali masks, red jumpsuits, and its theme Bella Ciao were soon being seen as symbols of rebellion and if that wasn’t enough, Money Heist was championing ‘matriarchy’ in a way that would give sleepless nights to any self-respecting feminist.

For those who might not be familiar with the show, let me provide you some context. La casa de papel’s first season begins with a heist at the Royal Mint of Spain, led by a mysterious man, Professor. Under his tutelage, eight robbers have been given the task of printing currency and holding the employees and visitors hostage. They have two women in the team – Tokyo and Nairobi. While Nairobi is the woman with the most important job in the heist, Tokyo is the sole narrator of the series that connects her directly to the audience. As the show proceeds, female characters like Monica (hostage turned robber) and Raquel (the detective who falls a little too much in love in less than a week) become more and more relevant to the central plot but you can’t help but notice that the female characters here, barring Nairobi, are constantly seen through the eyes of their male counterparts. Tokyo’s dilemma about her love life, Raquel’s dwindling opinion about the importance of law and order in a civilised society and Monica’s choice of terminating her pregnancy are all dictated by the actions of men around them who are largely traditionalists and don’t even pretend to be unorthodox.

So when Nairobi takes away reins from Berlin in the beginning of Season 2 and declares herself as the woman-in-charge, you think that the show will balance the extremely evident sexism that is at play here. As she declares ‘let the matriarchy begin’, you become hopeful that Nairobi will finally be in a position of control in this heist where everyone has gone off the rails but despite declaring their loyalty towards ‘matriarchy’, the show crawls back into its sexist ways in the next couple of episodes.

Despite whatever is going on in the plot of the show, Money Heist sexualises its female characters throughout its run, and even within the universe of the show, no one finds it objectionable. For instance, when Tokyo is interrogated by a large group of male cops during the first heist, she is just sitting without pants, and there is no good reason for that. On multiple occasions, women are barely clothed while they are in the middle of a heist, which makes you think: if this decision had anything to do with the ‘plot’. This culture of sexualising women goes on and while there is some casual eye-rolling that takes place in the background, the show celebrates those who behave badly with women. And unfortunately, so does its fandom.

For example, Berlin, who is a massive fan favourite, repeatedly rapes a woman in the first heist of the show. Since the woman is shown to be a hostage, the power balance of this dynamic is lopsided from the start, but it starts getting creepily uncomfortable when he continues to molest her despite knowing that this isn’t consensual. As a viewer, I don’t expect every character in a fictional show to uphold the highest moral standards, but I do expect to see some repercussions for a rapist. The bare minimum would be – Don’t celebrate his death as a sacrifice, and don’t paint him as the hero of the masses whilst completely ignoring his predatory behaviour.

During the second heist, the character of Palermo takes Berlin’s spot in the objectionable behaviour department. As he continues to disregard women’s opinions, sexualising them at every given opportunity, he adds a distasteful homophobic element to his portrayal as well. You might argue that his story comes full circle eventually, but the question remains, why does Money Heist repeatedly forgive bad behaviour and reward it by using the crutches of a pitiful emotional redemption story arc?

Before Season 5 begins, the makers have declared that this time, the female characters here will have a more pivotal role. Showrunner and executive producer Álex Pina earlier said, “Are they going to play a crucial role at certain times? I would say very, very crucial. And we’ve added a new twist involving women in this fifth season.”

The problem with this series is not that it does not put women in the forefront, but how it dictates their actions. A heist story can be pulled off with characters from any gender but it is the treatment of its women where Money Heist falls short.