The foreword which Ranbir Kapoor wrote for his father's biography Khullam Khulla: Rishi Kapoor Uncensored gave a detailed account of the kind of relationship the father-son duo shared. Ranbir Kapoor had said that he wished he was ‘friendlier’ with his father Rishi Kapoor while he was growing up, reflecting on the ‘formal’ relationship he shared with the late actor and how he was ‘closer’ to his mother Neetu Kapoor. The foreword which he wrote for his father’s biography Khullam Khulla: Rishi Kapoor Uncensored gave a detailed account of the kind of relationship the father-son duo shared.

The Rockstar actor described his bond with Rishi Kapoor as “one of complete reverence”. Ranbir wrote, “I am closer to my mother. I feel that Dad modelled his relationship with me on the one he shared with his own father. And it is true that I have never crossed a certain line with him. But there is no sense of loss or vacuum here. I do wish sometimes that I could be friendlier with him or even spend more time with him.”

For Ranbir, the most precious thing his father gave him was the unconditional love for their mother Neetu. “He showed us by example that she was at the centre of all our lives and our home. With her as our bedrock, none of the ups and downs in our lives could really touch us,” remembered Ranbir. 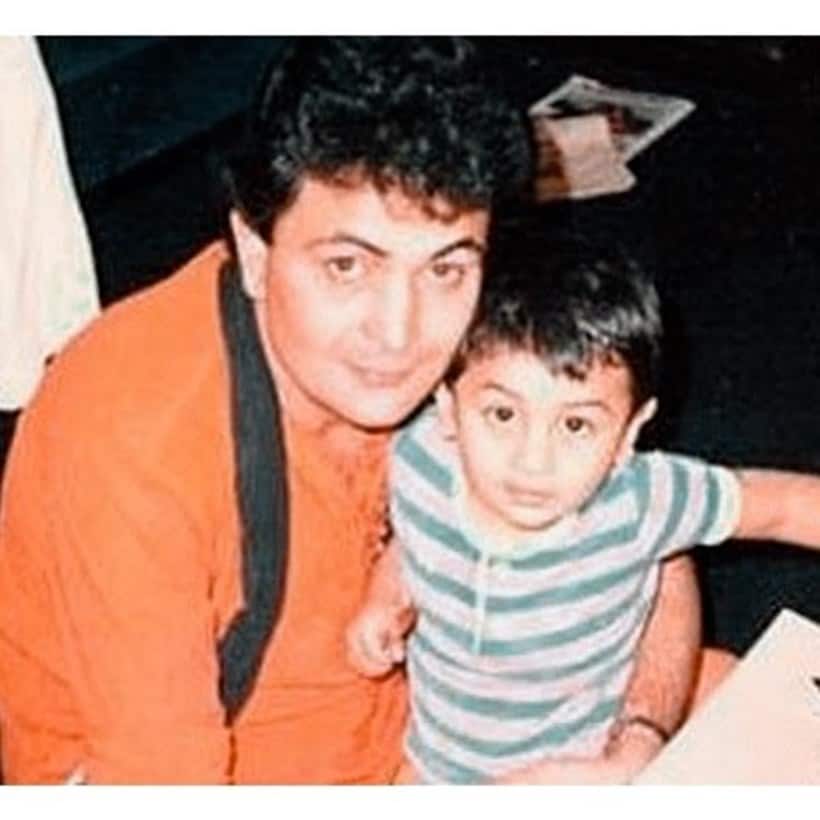 It was from Rishi Kapoor that Ranbir learnt to respect his work. When he started his journey in Bollywood in 2007 with Sanjay Leela Bhansali’s Saawariya, senior Kapoor had that ‘enthusiasm’ in him to work. “He had it in him to better his craft, go shopping for his costumes or examine every minute aspect. He is that kind of man; very detail-driven. This is something I deeply admire,” Ranbir shared.

The young actor also recalled how after doing similar roles for the first 20 years of his career, Rishi Kapoor reinvented himself and started experimenting with his roles in his second innings at the movies. Ranbir wrote, “He started having fun with his work. I sensed a child-like enthusiasm and a certain abandon when it came to his approach to roles. Again, this was done with a lot of respect — his ultimate goal was always to excel in what was offered to him.” Just like many others, Ranbir was also a fan of his father’s acting. He found him to be a ‘spontaneous’ and a ‘natural’ actor. Praising his father, he wrote, “I do not see anyone on the same level as Rishi Kapoor. There is a certain naturalness about him, a certain spontaneity. And he was like this way before anyone else. Most actors of the earlier generation had a distinct style to their acting, but my father was very natural and effortless.” Also, Ranbir believes his father never let his physique get in the way of his performance, “See Chandni, Deewana or Bol Radha Bol, or for that matter any of his work in the 1980s and ’90s, and you will see that, despite his weight, his charm remained infectious. Now, with his second innings — Agneepath, Do Dooni Chaar, Kapoor & Sons, and others — my father is winning more accolades and awards than he ever did in his first stint. Nothing can keep a good actor down.”

While Rishi Kapoor charmed his way into the heart of his audience with his performance and good looks, some even found the actor to be brutally honest. Ranbir agreed that his father “appears boisterous and loud, but he is, in fact, a very reserved man.” Commenting on Rishi’s Twitter personality, Ranbir shared, “All I can say is, so long as he is being honest and having fun, it’s his prerogative. Social media is something very personal. Of course, he gets himself into a spot sometimes with his frank speak, but I know he has no agenda and no hidden motive. My father is a straight arrow.”

Ranbir and Rishi spent a lot of time together as the senior actor got treated for cancer. ”Just the time I spent with him in these last two years, before he passed, walking with him from the hotel to the hospital while he was getting his chemotherapy, just walking in silence and being around him… Everything has gone so fast. I don’t know if I have really formed words yet about what impact he has had on me, professionally and personally, but I do know that it’s the largest impact a human being has had on my life so far,” Ranbir said a few months after his father’s demise.

Rishi Kapoor passed away on April 30, 2020, after a two-year-long battle with cancer.