Here are all the films, web series and TV shows you can stream on Amazon Prime Video, Disney+ Hotstar, Netflix, ALTBalaji, SonyLIV, ZEE5, Apple TV+ and Voot among others. 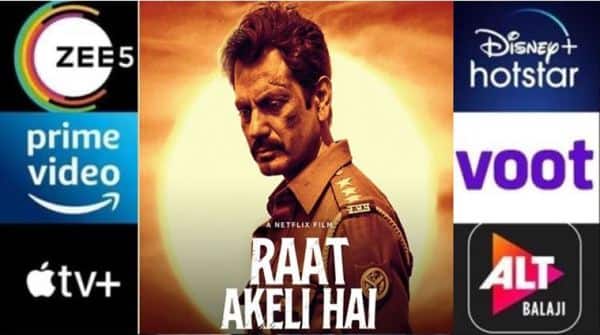 Film and TV production may be stalled owing to the coronavirus pandemic, but the frequency of releases on streaming services remain pretty high. For now, there is no dearth of entertainment for those under lockdown.

In Shakuntala Devi, Vidya Balan slips into the role of Shakuntala Devi, who was known as the ‘human computer’ due to her prodigious mathematical abilities. While speaking with Indianexpress.com, Vidya has said, “Probably her biggest flaw, as a woman, was that she wanted it all. And as a woman, you are not allowed to have it all. She did not understand this difference between men and women because she did not define herself as a woman. She saw herself as a person, who happened to be a woman. This is the root of conflict in her person.” She added that Shakuntala Devi is “not a puff piece.” What excited her while taking up this project was “the scope to tell Shakuntala Devi’s story as unapologetically as possible.”

Here are all the films, web series and TV shows you can stream on Amazon Prime Video, Disney+ Hotstar, Netflix, ALTBalaji, SonyLIV, ZEE5, Apple TV+ and Voot among others.

Here’s all that you can stream on OTT platforms today.

The Indian Express film critic Shubhra Gupta gave Raat Akeli Hai 3 stars in her review. She wrote, “We’ve seen Nawazuddin as a policeman before (Kahaani), but his recent criminal turns have taken over our memory. It’s nice to see him arrayed on the other side, giving us a glimpse into his character’s vulnerabilities. Apte, who had also been coming off much too-familiar, digs her teeth into her woman wronged: she knows that she isn’t always in the right, but she knows what is right.”

“The other characters are sketched with enough detail to make them interesting. A family forced to live with the degrading sexual proclivities of the man who gives them a roof, learns to keep its mouth shut, till a tragedy forces open the can and the worms start wriggling: an old woman hovering over a tightly-wound girl (Raghuvanshi), sons with an eye on the main chance, daughters (Tripathi) and sons-in-law waiting for their share of the bounty,” Shubhra added.

Shubhra Gupta gave Shakuntala Devi three stars as well, writing, “Balan owns the material that she is given, course-correcting every time she tends to slip into being mannered. The supporting cast is fine. Sengupta works well with Balan, and Malhotra and Sadh, as the modern couple, feel right. The film, which stays determinedly cheerful even in the grey hues of London, slides into flatness here and there. The lines are perky but sometimes startlingly contemporary (did anyone say, for example, ‘let’s take this to the next level’, back in the 50s?). But then we slide right back: this is truly a Vidya Balan show, and she carries it off, with a glint in the eye, and a lilt in the step.”