Growing up, Ryan Gosling says he loved characters that helped him face his own obstacles in life.

Only fitting therefore that his first action film has him playing a ‘never give up’ fun spy without notions of being a James Bond.

The desire to play something as compelling as the action heroes he loved lingered till he was offered the role of Court Gentry aka Sierra Six in Netflix’s The Gray Man, the Hollywood star said.

“I really liked Six’s spirit. He never gives up. He’s constantly fighting. Even if he gets thrown out of a plane without a parachute, he still thinks there might be a way out and it’s admirable and fun to play,” Gosling told PTI in a virtual round table interview.

“Growing up, I loved characters like that because they helped me face my own obstacles in my life. I thought if these characters can do it, maybe I can do so. I really enjoyed playing him,” the La La Land star added.

His latest film The Gray Man is directed by Avengers: Endgame duo Joe and Anthony Russo and is an adaptation of Mark Greaney’s 2009 novel of the same name.

It revolves around CIA mercenary spy Sierra Six who accidentally uncovers dark agency secrets and becomes a primary target of his former colleague Lloyd Hansen and other international assassins.

The Gray Man has been penned by the Russo Brothers along with frequent collaborators Stephen McFeely and Christopher Markus.

Gosling said he has been an avid viewer of action movies all his life. What took him so long to get to an action film was the search for a character with a unique story.

“I grew up watching action movies and I always wanted to make an action film. I feel very excited to finally get to do it. But there have been a lot of great ones, and I’ve been looking for the one where I felt the character was unique in some way.”

The idea of this reluctant spy who would rather sit at home and watch Netflix intrigued him the most, he said

“He is somebody who has no romantic ideas of being James Bond. He’d rather be at home watching Netflix like the rest of us. He’s forced to do this job. They pull him out of jail, and his choices are to either die in prison or die as a spy. And so really, his only way to live a little is to change his job, even though there’s a death sentence on it,” Gosling said. Most cast members essay the role of assassins in the movie and a part of their preparation involved rigorous training in various forms of martial arts.

The experience, Gosling said, was overwhelming as he had never worked on a full blown actioner.

“I was not prepared for what this film was going to entail. But that’s what made it exciting. All of us were sort of overwhelmed by the amount of action in this movie. I, more than anyone, because I’ve never made a full blown action film.

“But the Russos have been doing this for decades. They too were like, there’s twice as many action set pieces that this film has as compared to the other films that they’ve made,” he said.

The first part of his training involved learning different styles of martial arts and figuring out what worked best for him as well as the character.

To better understand the world of a spy, he worked closely with Craig ‘Chili’ Palmer, a former member of the special operations force of the United States Army.

“Palmer was about as close to the real Gray Man as you can get. He was there for every scene. He not only told me about the technical aspects, but also the mindset — where I would stand, what I would say, what I wouldn’t say. His experience gave the character a specificity that makes it more interesting,” Gosling added. 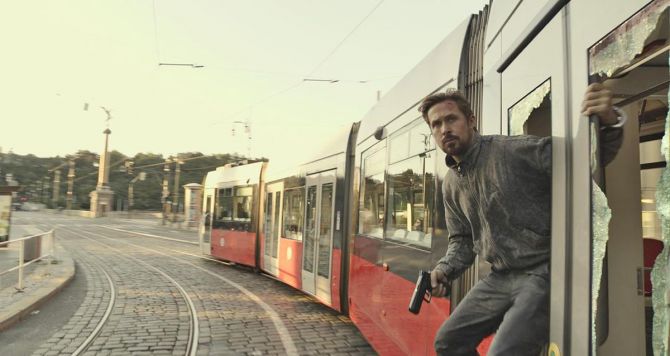 Known for playing emotionally complex characters in films such as Place Beyond the Pines, Drive, Blue Valentine and Blade Runner 2049, the Oscar-nominated star said Six’s strong sense of humour is what separates this character from the others.

“I feel like I’ve played more internal and stolen characters than this before like Blade Runner and Drive; those characters were much more remote. What I liked about this character is that he has such a strong sense of humour. And this humour is a way for him to cope with the difficulties of his life. It’s a sort of ‘laugh to keep from crying’ kind of approach.”

“It made it fun to be in scenes with him and to play against him.”

The project was announced in July 2020, and shooting a globetrotting action spectacle amid the coronavirus pandemic was a “crazy” experience.

“The Russo brothers came to me with this script in the middle of the pandemic when film sets and theatres were shutting down. They called me and asked me if I wanted to go on this globetrotting blockbuster. I didn’t see how that was possible,” Gosling said, “but somehow they made it happen and I felt very lucky to be along for the ride.”

The film will premiere on Netflix on July 22. 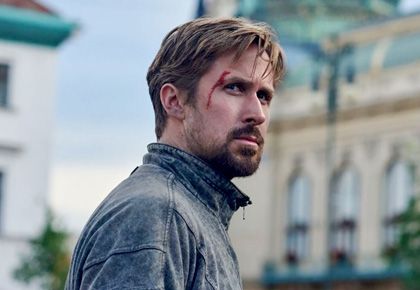