Richa Chadha jumped to Vir Das' support after the comedian was attacked online. 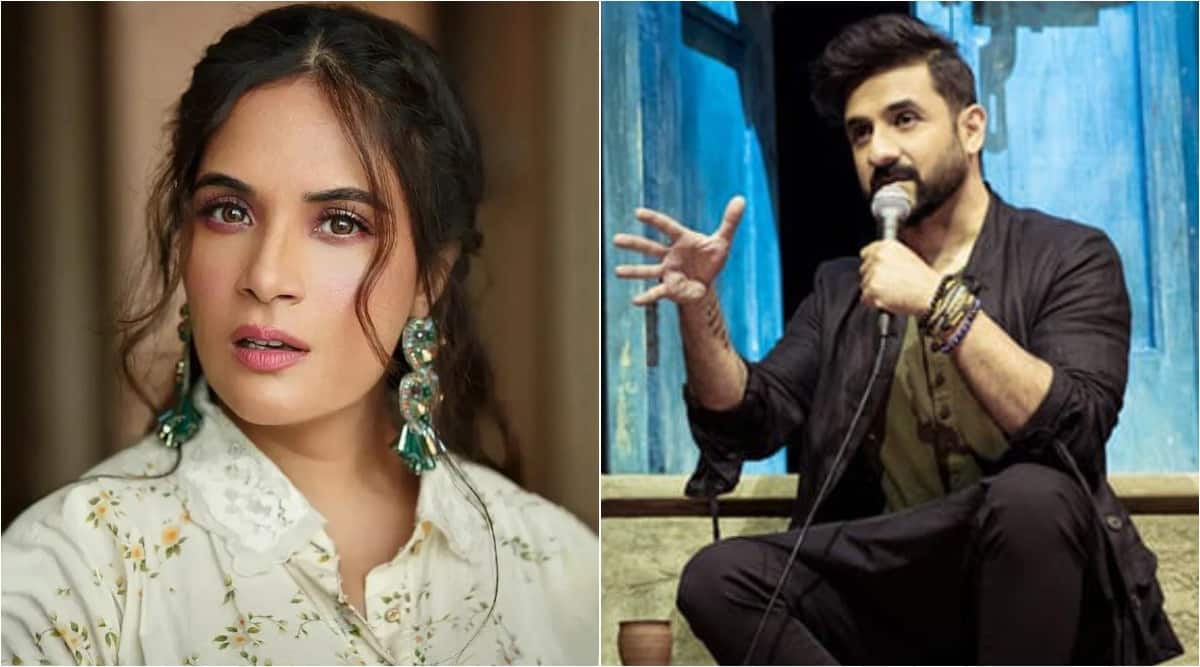 While comedian Vir Das did not manage to win at Monday’s International Emmys, his nomination became a matter of pride for many. However, given that he ruffled many feathers with his recent ‘I come from two Indias’ video, social media users saw this as an opportunity to slam him. Vir Das found support in actor Richa Chadha, who came forward to reply to one of the trolls.

Reacting to a tweet in which Das posted a picture of the medal he received for his nomination, one troll wrote, “Someone tried to defame India, will ultimately qualified for such international nominations. Bravo. Ghar ka bhedi.” Richa Chadha replied to the tweet, asking the person in Hindi, “Akhbar padhte ho? (Do you read newspapers?)”

Vir’s Netflix special, Vir Das: For India, was nominated in the comedy category. He lost the award to the popular French show, Call My Agent. Celebrating the nomination with a ‘fantastic salad’, the comedian posted a picture of his medal, writing, “I was nominated for best comedy at the International Emmy Awards, for jokes. Call My Agent, a beautiful show I love won. But I got this medal, and ate this fantastic salad. It was an honour to represent my country. Thanks so much to [email protected]”

As many congratulated the internationally recognised comedy star, many seemed unforgiving about his viral video. A post in the comment section read, “Representing one’s country by mocking and joking, and in return getting rewarded!! This is what Jaichands did in the past. New generation is continuing it without a shame!” Another one wrote, “Oh so This was the reason that you spoke such things in Washington DC, Big Picture is Clear now.” Defending him, a fan replied, “Guess what, Vir Das is winning Emmy awards for his comedies, but the irony still Some random troll on twitter will come and say that Vir Das is so unfunny, just to get the ₹2 in their account.”

Last week, Vir Das’ monologue I Come From Two Indias created quite a stir. Shot during his performance at the John F Kennedy Centre in Washington DC, the comedian commented on the dual realities of India. After a part of the video went viral, Vir had to issue a clarification, stating, “The video is a satire about the duality of two very separate Indias that do different things. Like any nation has light and dark, good and evil within it. None of this is a secret. The video appeals for us to never forget that we are great. To never stop focusing on what makes us great.”