‘There are only two religions in this country: Films and cricket.’
‘These two religions will unite all religions.’
‘And that only happens in a cinema hall.’

The Flight teaser was so terrifying, one wonders what the film will be like.

Of course, making it wasn’t easy at all, actor-writer-producer Mohit Chadda says.

“In today’s day and age, when we are exposed to so much content worldwide, it was a challenge putting this huge plane in the air with people on it, and it being safe enough not to fall during the shoot,” he tells Patcy N/Rediff.com.

Are you worried about Flight‘s theatrical release on April 2, since there’s talk of another lockdown?

I will not deny that there is a little bit of anxiety and nervousness.

But whatever is good for the people of the country, it should be done.

We did not want to back out on the release date is because of specific reasons.

Nobody realises how much the cinema chains contribute to the economy of this country.

If there are no films, cinemas halls will shut down.

There are only two religions in this country: Films and cricket.

I think these two religions will unite all religions. And that only happens in a cinema hall.

Even as a child, we would all get ready, put on our good clothes and go into a cinema hall.

In our own small little way, we want to contribute to keep the chain running. 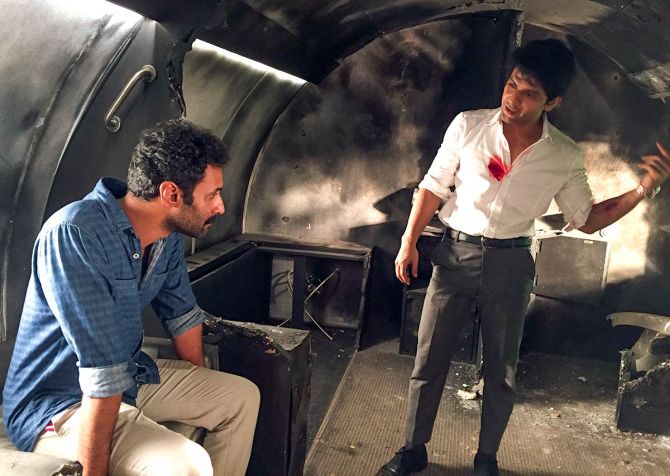 Your film takes the place of Akshay Kumar’s Sooryavanshi, which was supposed to release on April 2.

It’s probably the biggest film the country, or the world, is expecting.

But yes, it’s a coincidence that our trailers released on the same date, one year apart.

The moment we knew April 2 was empty and Sooryavanshi was not releasing, we decided to open on April 2.

We had earlier decided to release the film on March 19, but it was not working out for us because there were other releases on the same date (Mumbai Saga, Sandeep Aur Pinky Faraar).

All films should benefit so that the industry keeps running.

The story of Flight is unique. How did you get the idea?

One day I was dropping my wife to her classes and I just thought how would it be to have a man stuck in a lift, and given challenges to survive?

I called up Suraj (Joshi, Flight director) and we got excited developing the script and the project; we generally write together.

It was very exciting at first, but three or four months down the line, we realised why would anybody come to a theatre to watch a film like this.

It is not a big screen experience.

When you get people to the theatres, the film has to be worthy of a big screen experience.

So we got talking and Suraj threw an idea, let’s put this guy in a plane, maybe it will be more interesting.

For the first three minutes, it was scary because we didn’t know where to get the money from.

We didn’t know how the logistics would work because the dynamics change as soon as you replace a lift with a plane.

But later, we thought we’ll figure out the money but this is the kind of film we were looking for.

You can go and shoot in a lift, but you can’t go and shoot an entire film in a real plane — although we did try doing that.

When a Kingfisher private jet was getting auctioned, we planned to buy it, but we were late and it was already sold. 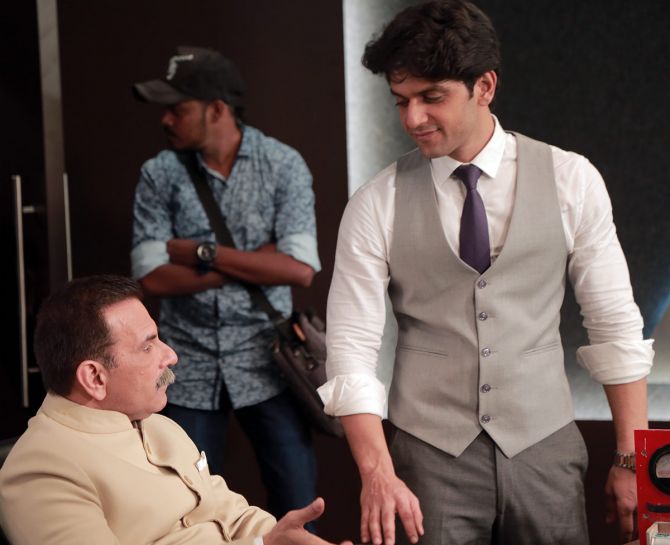 Apart from acting in the film, you are the writer and producer too. What made you get involved in the writing and production process?

There are two things to this.

First, when nobody gives you an opportunity, you create one for yourself.

Second, my father was a huge lover of films. When we were children, he would take us to the theatres every week.

He wanted to be a producer, but unfortunately, his dream was left unfulfilled.

I got the opportunity to fulfill that dream of his.

I have always been interested in the process of film-making, even when I was working as an actor.

When Suraj and I decided to join hands and make films, nobody wanted to give us money initially because I was not that successful in the Hindi film space and Suraj had not made anything else.

We started a company called Crazy Boys Entertainment and made ad films and animations.

We’ve been doing this for a while now.

The idea was to save that money and make a film.

What difficulties did you face while making Flight?

If I start counting, it will be a long list.

The challenges started from creating the plane, which had to look believable. If the plane did not look real, the entire process would not look real.

I always joke that there are two heroes in this story — the main hero is the plane, I am the second lead.

The second challenge was lifting that plane up in the air in a studio because we wanted to create the real turbulence feel.

It would look very unreal and childish.

In today’s day and age, when we are exposed to so much content worldwide, it was a challenge putting this huge plane in the air with people on it, and it being safe enough not to fall during the shoot.

We also had a cockpit that would rotate almost 270 degrees.

I think there isn’t a problem that we did not face during this film.

I still remember shooting an action sequence in Bangkok.

We had limited money and a limited schedule there, so we had been very conscious about the date when we landed in Bangkok so that there would be no rains to spoil the schedule.

We were very lucky to get a location which had huge planes being thrown around almost like scrap.

So we did our rehearsals with the action people in Bangkok, and it was going very smooth.

But the day we had to shoot, it started raining and it would not stop.

We could not cancel our schedule and come back because we didn’t have the money to do that.

So we decided to shoot in the rain. Hats off to the entire crew. 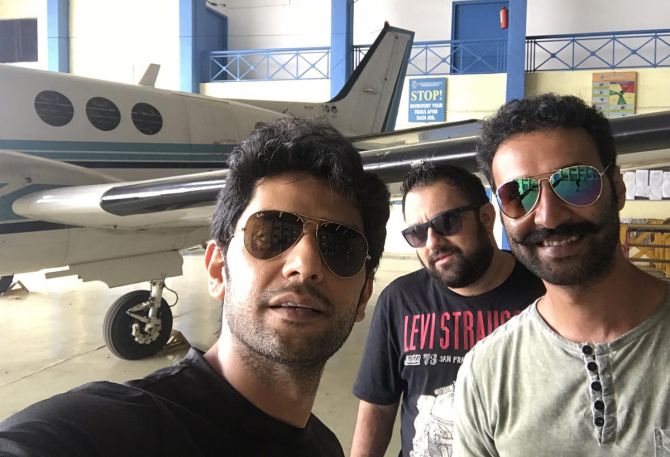 There are a lot of first-timers in the film, including the Director Of Photography Amit Pathania.

I met Amit through Babita (Ashiwal), who is one of the producers on the film.

She has been a very close friend — all friends came together to make a film.

Babita introduced us to Amit, and the biggest advantage with Amit was that he knows his physics and created something so believable.

He set up the hydraulics to lift that plane and for it to be safe, suspended in midair, with people on it.

He did it with a limited budget.

His wife was into aviation for the past 20 years, so obviously, he knew a lot.

Your wife Ishita Sharma is also acting in the movie. You have been in industry since 2003. You started with the Telugu film Aithe. Tell us about your journey.

My father was in the merchant navy, but he wanted to make films. He dabbled in one film and lost all his money.

So my mother hated the film industry.

But his love for cinema remained intact.

I think that’s where I get my love for cinema because we were always discussing films.

Unfortunately, I lost him when I was in college.

I had to really convince my mom (to pursue an acting career) but she told me to complete my education so that I have something to fall back on.

She gave me three months to survive in the industry. If I didn’t get work in that time, I would have to leave.

Luckily, I got work in those three months.

I did a television show, which did not do well, so they shut it down early.

The producer of Aithe had come to see the girl, who was working in that show opposite me.

I met the director the next day and they signed me.

It’s that simple when work comes to you.

When it doesn’t come, you try and make your own film.

After the Telugu film, I participated in Cine Star Ki Khoj (2004) and came second.

I did Telugu films like Ammailu Abbailu, Aithe Enti and the Tamil film Adhu.

After that, I did the Hindi film Dulha Mil Gaya.

I made a special appearance in Do Dooni Char where my role was chopped off to a two-scene role. 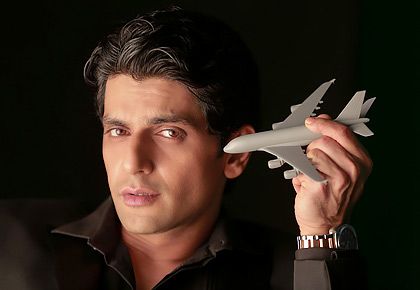