The Kapil Sharma Show: Sumona Chakravarti was missing from the show's promos, leading to a lot of speculation. Archana Puran Singh asks Sumona why she was absent in promos in a new video. 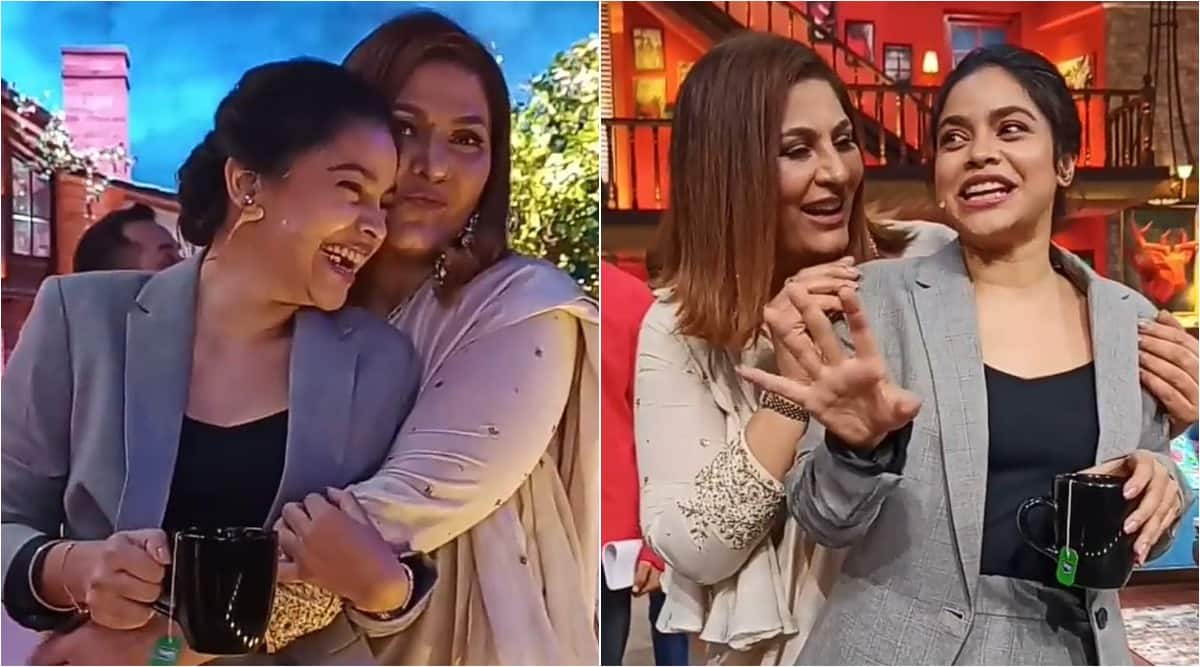 It’s just a day to go before The Kapil Sharma Show hits television screens. Comedy star Kapil Sharma and co will be hosting the cast of Bhuj: The Pride of India and BellBottom during the first weekend. Archana Puran Singh, who keeps sharing BTS videos from the shoot, has now shared a reel discussing why Sumona Chakravarti was missing from the promos.

For the unversed, the first promo of The Kapil Sharma Show released last month, and Sumona’s conspicuous absence from the same had set tongues wagging. However, leaked photos from the shoot revealed the actor being part of the show, albeit in a new avatar. On Friday, Archana shared a fun video with Sumona, where she is seen candidly sharing that ‘stars don’t need promos’.

The video opens with Archana Puran Singh walking into the set and lovingly greeting Sumona. She hugs her and says, “Yeh maam hai show pe, hum inke begair kabhi show nahi banayenge (Ma’am is very much part of the show. We will never do it without her).” As Archana then says that Sumona herself will inform fans why she wasn’t part of the promos, the latter laughed to say, “Woh kabhi kisi ko nahi pata chalega (no one will ever get to know that), why I was not in the promo,” and then with a smirk added, “Stars don’t need promos.” Her statement left Archana laughing.

“Somethings are meant to be. @sumonachakravarti Ours is a happy team! 1 more day to go. #thekapilsharmashow,” Archana Puran Singh captioned the video.

Yesterday, Sumona Chakravarti shared a still from her vanity van as she started shooting for the comedy show. She also promoted The Kapil Sharma Show in a video shared by Sony TV’s official handle on social media, promising ‘thrice the fun’ this time.

This season of The Kapil Sharma Show started shooting a few weeks ago. It had taken a break earlier this year as the makers wanted to alter the format and Kapil was also set to embrace fatherhood again. The break became longer as the second wave of Covid-19 again led to lockdown in many parts of the country.