The Kapil Sharm Show: Akshay Kumar took to Twitter and shared a photo with Sooryavanshi co-star Katrina Kaif, where the two are laughing uncontrollably. 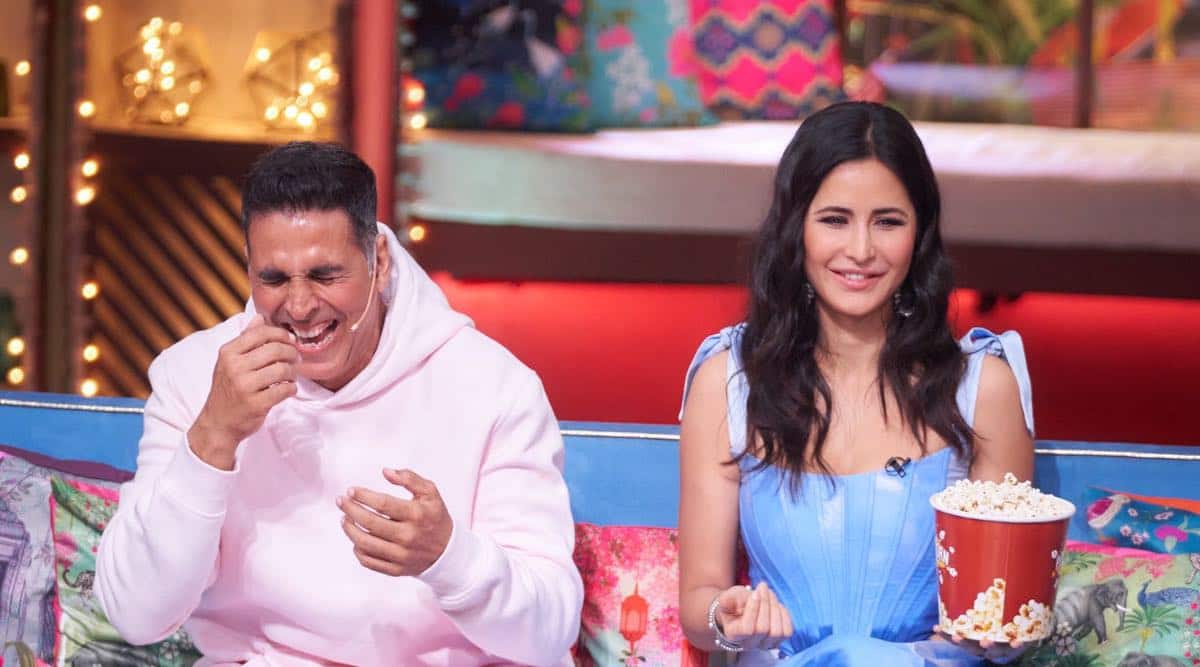 Sooryavanshi stars Akshay Kumar and Katrina Kaif have given numerous hits in the past decade, including Namaste London and Singh Is King. Apart from sizzling chemistry, the two share a close friendship as well. In this spirit, Akshay took to social media and shared a photo of Katrina from their appearance on The Kapil Sharma Show, holding a bucket of popcorn, while laughing uncontrollably.

Akshay tweeted, “This frame aptly describes how my shooting experience with Katrina is always. Had more of it today on The Kapil Sharma Show, telecasting on 7th Nov and don’t forget to catch our film #Sooryavanshi in theatres from 5th Nov.”

Akshay Kumar and Katrina Kaif are neck-deep in the promotions of their film, Sooryavanshi. They will also feature in the upcoming Shandaar Shukravaar episode of Kaun Banega Crorepati 13. In the latest promo shared by Sony Entertainment, Sooryavanshi stars Akshay Kumar and Katrina Kaif take the hot seat while director Rohit Shetty sits on the sidelines.

In the video, Katrina and Amitabh Bachchan engaged in a dialogue battle as they quoted lines from Agneepath, where she mentioned the name Vijay Dinanath Chauhan. At the end, he was quite impressed with her flair and praised her. ““Kya baat hai, madam! Humare pet pe laat maar diya hai (Wow, madam! You have stolen my bread and butter).” His comment left her and Akshay in splits.

Sooryavanshi is a cop drama that sees Akshay as DCP Veer Sooryavanshi, who joins forces with Ranveer Singh’s Sangram Bhalerao and Ajay Devgn’s Singham to unearth a terror plot in Mumbai. Katrina plays the role of the doctor in the film. The film will release on November 5.