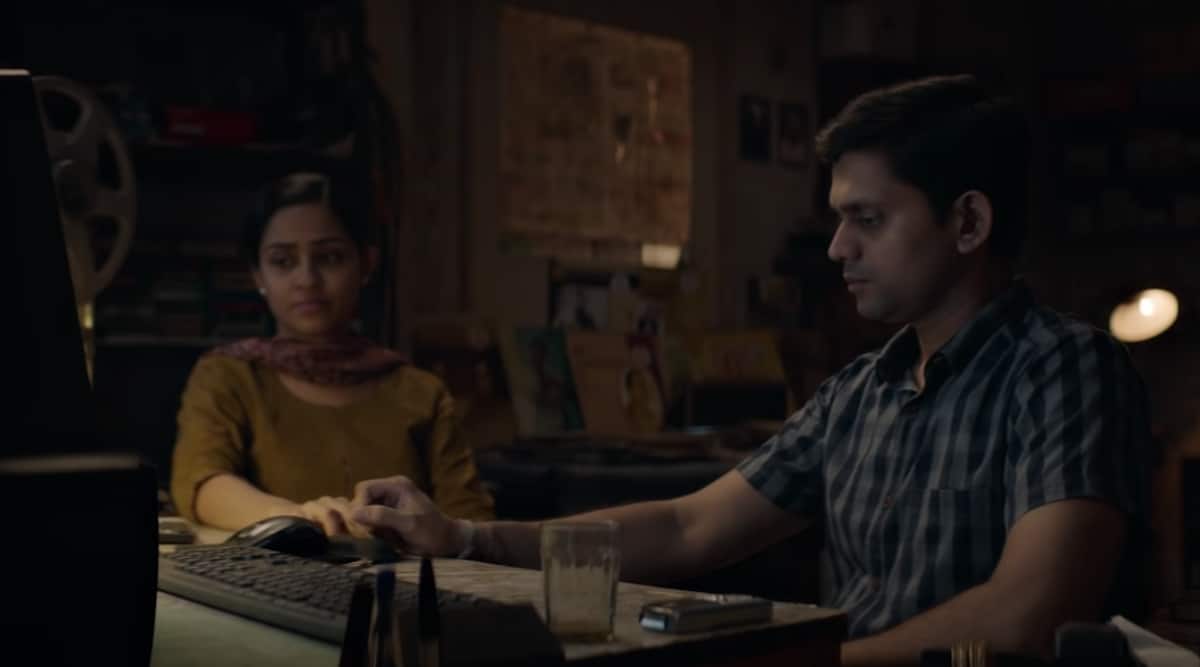 After garnering international acclaim, director Chaitanya Tamhane’s film The Disciple will release on Netflix this Friday. While it has been well-received overseas, Chaitanya and producer Vivek Gomber are keen to see how the Indian audience reacts to the Marathi film. The Disciple follows Sharad Nerulkar, played by Aditya Modak, who has dedicated his life to Indian classical music in the name of his guru, and his guru’s guru, the mythical Maai.

In a conversation with indianexpress.com, Tamhane shared that even though the film is getting so much acclaim, it was only “Vivek (Gomber) and, to an extent, Alfonso Cuarón who actually believed in the script.” The Disciple is set in a very specific sub-culture in Mumbai, yet the film’s story has found resonance throughout the world. When we asked Tamhane about the universality of the subject, he shared that the film initially faced a lot of rejections because it was seen as a niche subject. “The film faced a lot of rejections on a script level with reactions like ‘it’s too specific,’ ‘it’s not universal,’ ‘Indian classical music, what will people understand?’ and ‘It’s got no drama.’ So everything that you are saying now, that it has connected with people, we really did not know. We believed in the theme we were exploring. We believed in what the film was trying to say,” recalled Chaitanya.

The film’s title and much of its subject matter is related to the ‘Guru-Shishya parampara’ that has been a part of the Indian teaching value system for ages. However, unlike how it is presented in mythological stories, Tamhane explores this idea for its pros and cons in the film. Tamhane explains that he understood this world as the one “where you have to have unquestioning faith in a higher authority and only then, will you able to achieve mastery.” But he saw the good and the bad side of this complete submission. “I see it as a problem with our society because we are taught to not question authority. We are taught not to doubt our elders. The more I started delving deeper into it, the more I realised this is a bit of a gamble.” Chaitanya added that as per this philosophy, if one finds a great guru, their life can be transformed, but the other side of that coin is far too dangerous as it has the power to ruin one’s life. His story walks the fine line between these two sides.

The film also explores a slightly mythical side to the idea of imparting wisdom, and that is where Sumitra Bhave’s Maai comes in. The ever-knowledgeable quality that is brought out in her tapes is like catching lightning in a bottle, and Tamhane describes it as “magic that happens in the studio.” Bhave passed away in April 2020 and her demise has made this swan song of hers all the more special to the team of the film. “It’s almost like a spirit has been captured in Maai,” said Chaitanya.

The Disciple’s lead character is shown as a purist when it comes to Indian classical music and has dedicated his life to it, yet the ever-elusive nature of fame and fortune has kept him wondering about his fate and talent. Tamhane explains that our style of engaging with content has been changing in the last couple of decades. The television culture had just settled in when we were bombarded with even more options to consume content, and no matter how much we resist, “it is affecting everyone’s psyche, whether they realise it, or want it, or not.”

Talking about the changing style of consuming content, producer Vivek Gomber spoke about his journey as a producer as well as an actor, and how a lot of it has gotten the right kind of push because of platforms like Netflix. Gomber’s recent projects like Bombay Begums, A Suitable Boy, Sir, all dropped on the OTT platform in just a span of few months. “It’s crazy how these things happen. It’s the nature of the beast. I am grateful I’m still part of the conversation,” said Vivek.

Vivek and Chaitanya have been collaborating for almost a decade now as they also worked together on the director’s highly acclaimed debut film, The Court. The duo believes in the motto, “Just have faith. Stick it out,” and believes that is the only way to march ahead in this ever-competitive business.

The Disciple starts streaming on Netflix from April 30.