The Courier movie review: Watch this film for the story of Penkovsky and Wynne who went into history not knowing they had saved a disaster, and performances of Merab Ninidze and Benedict Cumberbatch who play them. 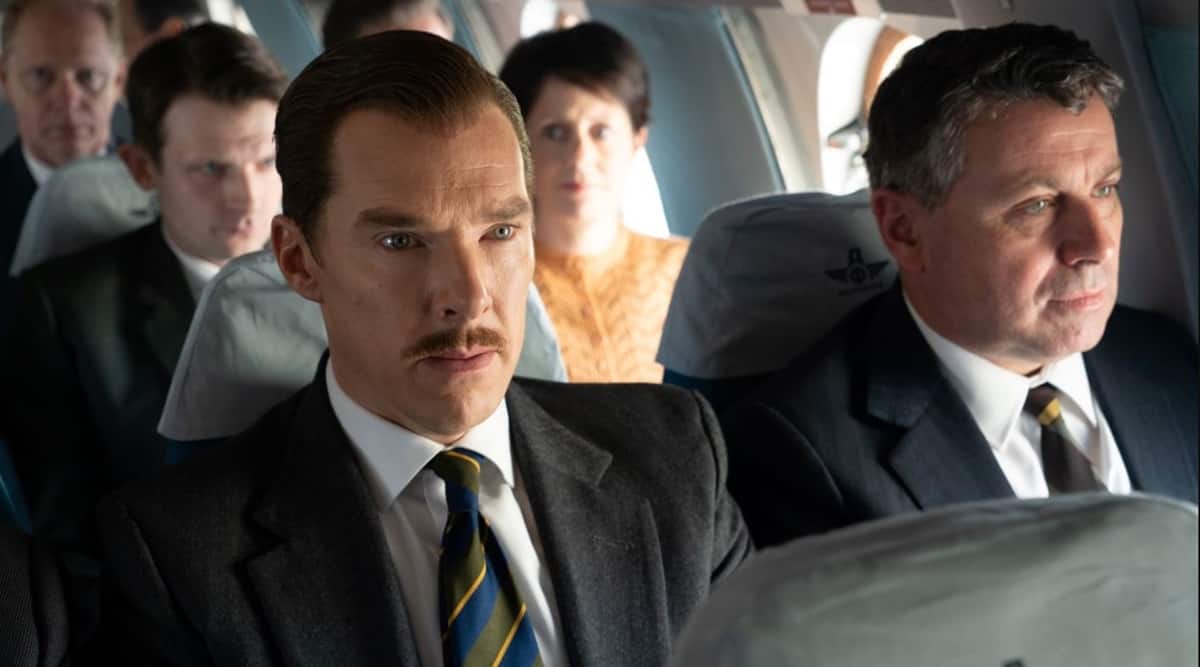 An unstable man with his finger on the nuclear button — the world has come so far from the 1960s in which The Courier is based that we have stopped worrying about this, even when such men seem to be in multiples now. The film is about the time when a heated nuclear race kept the East and West on perpetual edge. One such chapter in those tense times was the Cuban missile crisis of 1962, and the story the film tells is a crucial footnote in it, made up of two heroes — and their loving, silent wives — whose own tales remain largely unknown.

The two are an ordinary British businessman/salesman, Wynne (Cumberbatch), and a decorated Soviet military officer, Penkovsky (Ninidze). Penkovsky reached out to the Americans, worried over Chairman Khrushchev’s increasing eccentricity and itch for war. Wynne was hired by the Americans and MI6 to get around the KGB by meeting Penkovsky in the guise of trade.

Director Cooke eschews the dramatics of the two superpowers for the drama of these two small men. Cumberbatch, also one of the producers, and Ninidze are excellent as two operatives, and husbands and fathers, who strike up an unusual friendship in unusual circumstances — with as much said between them as left unsaid. Meeting mostly in Moscow where even the walls have ears, they talk in snatches about their children, their dreams, and of a life beyond all this. There is a moment at the Bolshoi, and dance and drinks at the West End. But, Penkovsky knowingly, and Wynne increasingly, realise the risk of letting their guard slip.

In keeping it so intimate, the film both wins and loses out. The sense of what is at stake is never immediate, even when Wynne’s American handler Emily (Brosnahan) spells it out rather too dramatically in one scene. The Courier spends too little time on the mechanics of the spy ring, and the ingenuity and difficulties of how Penkovsky got things out to the West through Wynne, and even all that he shared (you have to wait for the end titles to be told he is considered among the West’s most precious Soviet sources ever). Cooke seems uninterested in adding any complexity beyond the large shadow of the n-bomb.

If that makes the film almost indescribably flat, an inordinate time is later spent to spell out what it means to be lodged in a Soviet prison. Even as The Courier’s empathetic approach towards its Russian counterparts is a welcome relief, this section almost cancels it out towards the end.

However, if just for the story of Penkovsky and Wynne, and how the two almost went into history not knowing they had saved a disaster, if just for the acting of Ninidze and Cumberbatch (and Buckley as Wynne’s wife), and if just for a few quiet evenings in the alleyways of Moscow where heroes shine without gunshots and car chases, The Courier is worth a watch.