The first trailer for Terminator: Dark Fate looks quite promising. It resembles the original two films in all the best ways. Cameron may not be directing, but it does seem to have his stamp on it. 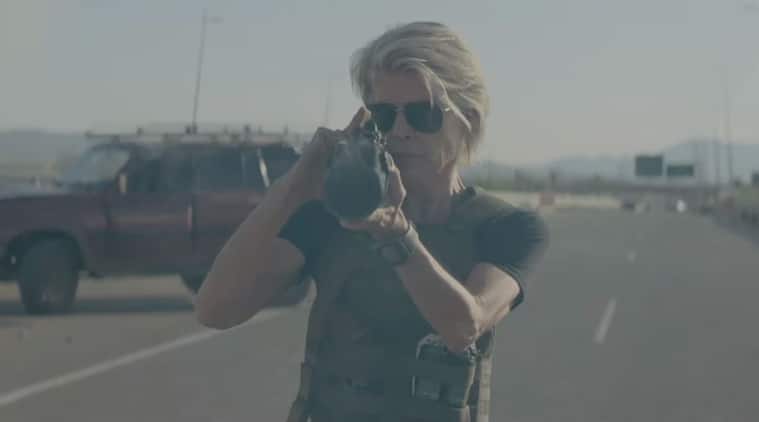 The first trailer for Terminator Dark Fate is out, and the movie looks quite promising. The Terminator franchise is going the Halloween way and totally ignores every Terminator film that came after Terminator 2: Judgment Day.

Tim Miller, who directed the first Deadpool movie, is helming this film. Linda Hamilton, the original Sarah Connor, will reprise her role.

Gabriel Luna plays the villain, a terminator with Venom-like ability to flow about like a liquid and reform. Arnold Schwarzenegger is back as T-800 as well, and is a positive character like he was in Judgment Day instead of the villain he was in the original film.

The leads are Mackenzie Davis as Grace, a soldier who is sent back in the past to protect a young woman (the new target of Skynet), and Dani Ramos (Natalia Reyes), the young woman.

The trailer shows Grace and Ramos being attacked by Luna’s terminator and are being overpowered. Sarah Connor arrives with a rifle and fires at the terminator, blowing large holes in his body. She then pulls out a grenade launcher and fires, seemingly destroying the terminator.

She tells them their name and says she has never seen one like Grace, who looks almost human. Grace says she indeed is human and a few shots show her throwing cops here and there like ragdolls. Not so much human, then.

The three meet T-800, perhaps to join forces with him. In another scene, Grace fights that terminator (Luna) and is seen holding her own. A power-up or tips by T-800 would be our guess.

This film looks great, and resembles the original two films in all the best ways. Cameron may not be directing, but it does seem to have his stamp on it. We do not yet know what that title refers to, though.

Terminator: Dark Fate releases on November 1, 2019 in the US.