Superstar Krishna passed into the ages early on November 15 after suffering cardiac arrest, sending the Telugu film industry in a state of mourning.

The funeral was held in Nanakramguda, Hyderabad, with full State honours.

His son Mahesh Babu was inconsolable as he carried out the rituals.

An emotional Mahesh Babu at the funeral. 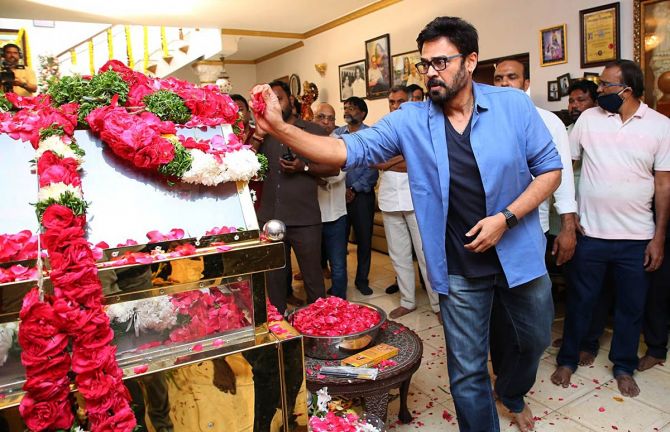 Daggubati Venkatesh pays his last respects to the superstar. 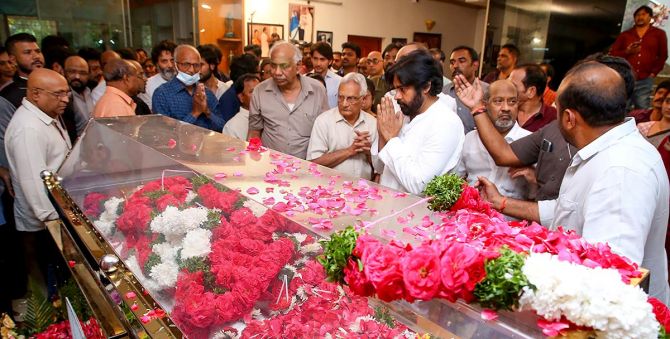 Pawan Kalyan had paid rich tribute on social media: ‘The fact that Mr Krishna, who earned the title of a superstar in cinema, has breathed his last is deeply saddened. Knowing that Shri Krishna was admitted to the hospital due to illness, I hoped that he would recover. Now I had to hear this sad news.

‘I pray to God to grant peace to the holy soul of Shri Krishna. Shri Krishna was very friendly and gentle with everyone.

‘Shri Krishna’s services as a protagonist, producer, director and studio head for the development of the Telugu film industry are memorable. He introduced new technology in the heyday of Telugu cinema.’ 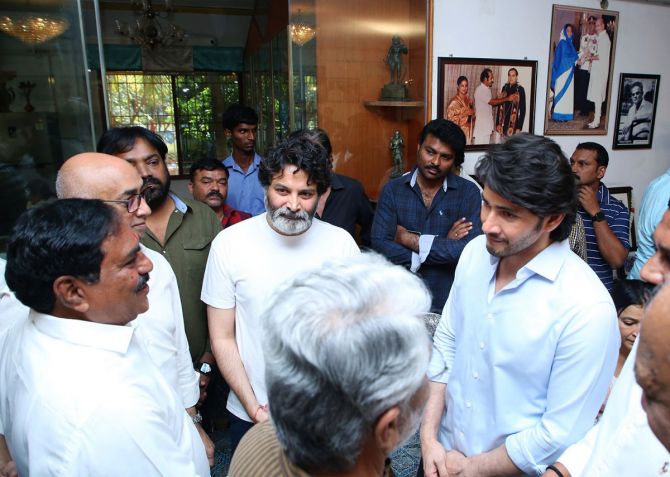 Mahesh Babu meets his father’s colleagues and friends from the film industry. 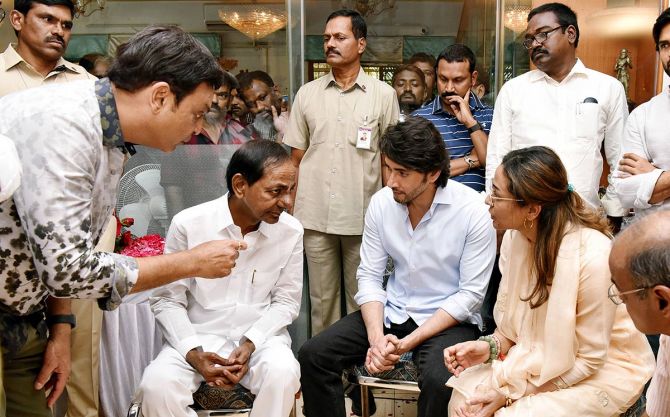 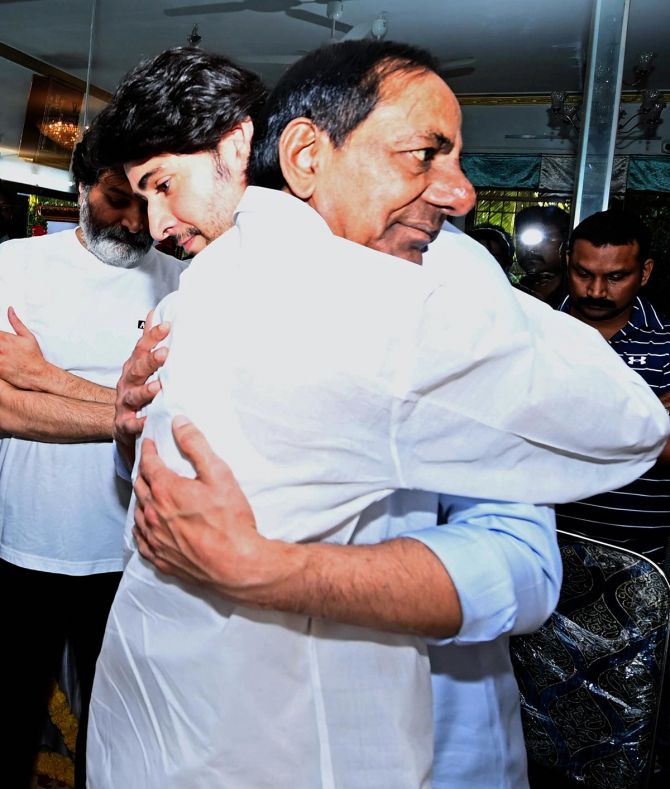 KCR with Mahesh Babu who lost his brother Ramesh Babu in January and his mother Indira Devi in September. 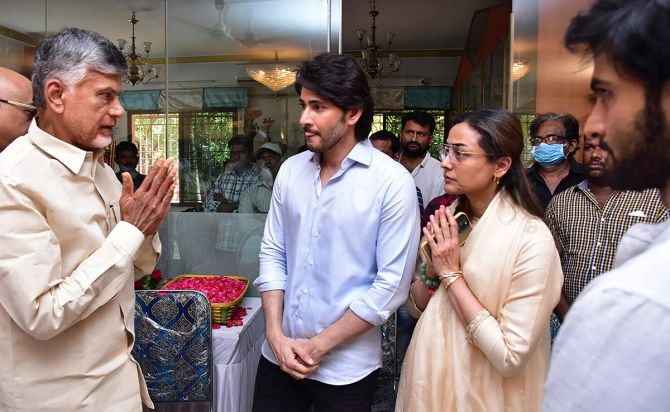 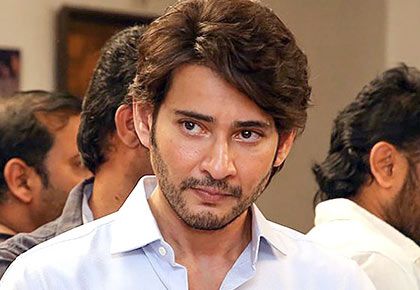