Taarak Mehta Ka Ooltah Chashmah producer talks about re-creating the popular series as an animated show, the cast's reaction and what one can expect from Taarak Mehta Ka Chhota Chashmah. 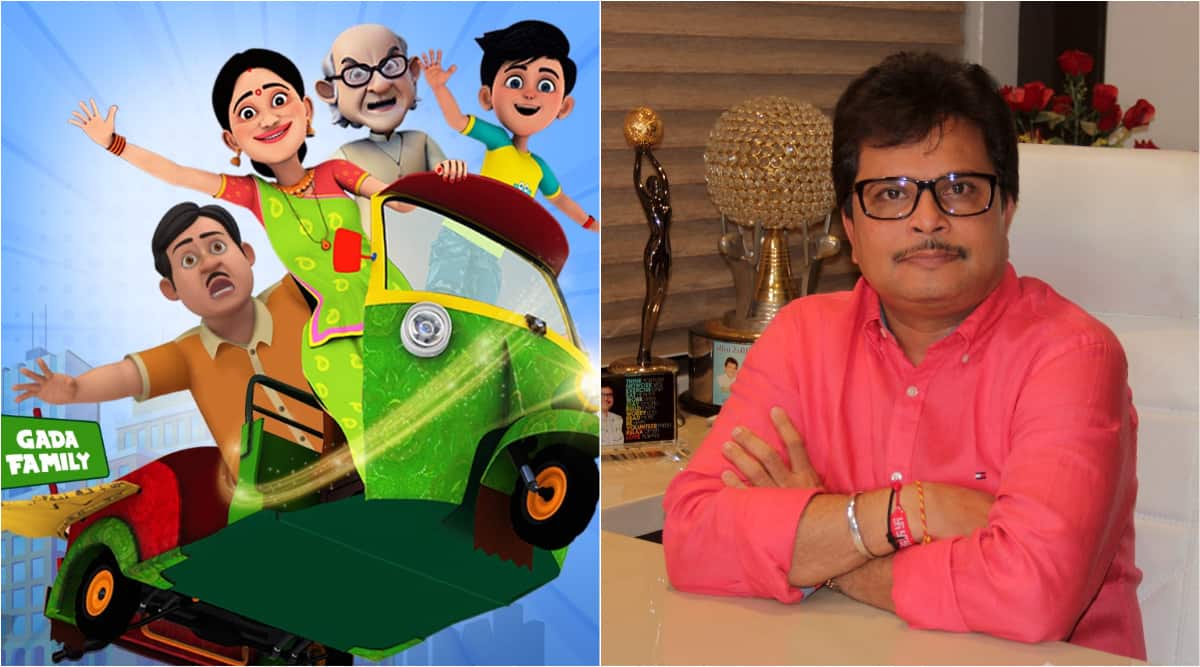 After enthralling audiences for more than a decade with Taarak Mehta Ka Ooltah Chashmah, producer Asit Kumarr Modi has launched an animated version of the show — Taarak Mehta Ka Chhota Chashmah. To be launched on April 19 on Sony Yay, the series will be based in Gokuldhaam Society and will have all characters in their hyperbolic comic avatars. The animated version, like the original show, promises to be a family entertainer with rib-tickling comedy and a social message, especially for children.

Speaking exclusively to indianexpress.com, Asit Kumarr Modi shared that it has been a long-standing dream for him to work on an animated project. Calling it a ‘lockdown success’, the producer said how the team worked from home on the project last year during the lockdown, and he feels proud that they could pull this off.

“For a very long time, we wanted to jump into animation. This is for the first time that a show and its animated version will be airing together at the same time on television. I am so glad that the team could pull this off even amid such unprecedented times. Everyone has worked really hard on Taarak Mehta Ka Chhota Chashmah. We have tried to make every character look sweet and relatable, so that people feel they are reliving their own lives through the show,” he shared.

The producer shared that his show and lead characters have been receiving the Kids Choice Awards for the last five-six years, which strengthened his beliefs that they would enjoy watching an animation series based on the characters. He also smiled to say how he has received feedback from people of how kids love enacting characters at home. “To make it more fun, we have added a lot of punch lines and comedy. Of course, the social message has been subtly included, knowing that it’s the USP of our stories. Their love has been a source of encouragement and motivation for us.”

He further added how the show is going to be a gift for kids, who have been left locked in at their homes in the pandemic, “For more than a year, they have all been at home and not meeting friends or enjoying in school. We never realise how much has the pandemic caused them stress too. The show is going to be a special gift for them, through which they can experience their own fantasies.”

Asit Kumarr Modi mentioned that the production and story telling would be vastly different for the animated series. He said, “I have worked with live action where I can speak to actors while shooting. With animation, one has to work with a locked design. As for storytelling, we had to work through the vision of a child but also make it entertaining for elders. There is a lot happening, and we have played a lot with the background music. Both mediums are very different and there is no comparison to the same. I have actually learnt a lot. On Taarak Mehta Ka Chhota Chashmah, you will get to see the entire Gokuldham society — from the young Tapu sena, Jetha to even Daya, who will also be back with her garba.”

As we wondered how the team reacted to seeing their animated avatar, the producer shared, “They have been so excited. Jetha (Dilip Joshi) is quite a fan of animation and he was so happy to see himself as a cartoon figure. Everyone loved their avatars and sent out their warm wishes.”

Before Taarak, films like Simmba and Fukrey were animated, however, Asit Kumarr Modi said that they were more of a marketing tool than content creation. He also opined that most Indian animated avatars are either mythological or with super powers. “There is no real life stories for kids, which they can relate with. I am really excited that we could take the risk of creating an universe of characters, and tell day-to-day life stories. I think this could become a trend in future as a lot of serials and its characters are popular among masses. We are hoping that the audiences like our efforts and give the new show as much love as Taarak Mehta Ka Ooltah Chashmah,” he concluded.