Taapsee Pannu performs on her latest song "Ghani Cool Chori" from Rashmi Rocket, along with her sisters Shagun Pannu and Evania Pannu. 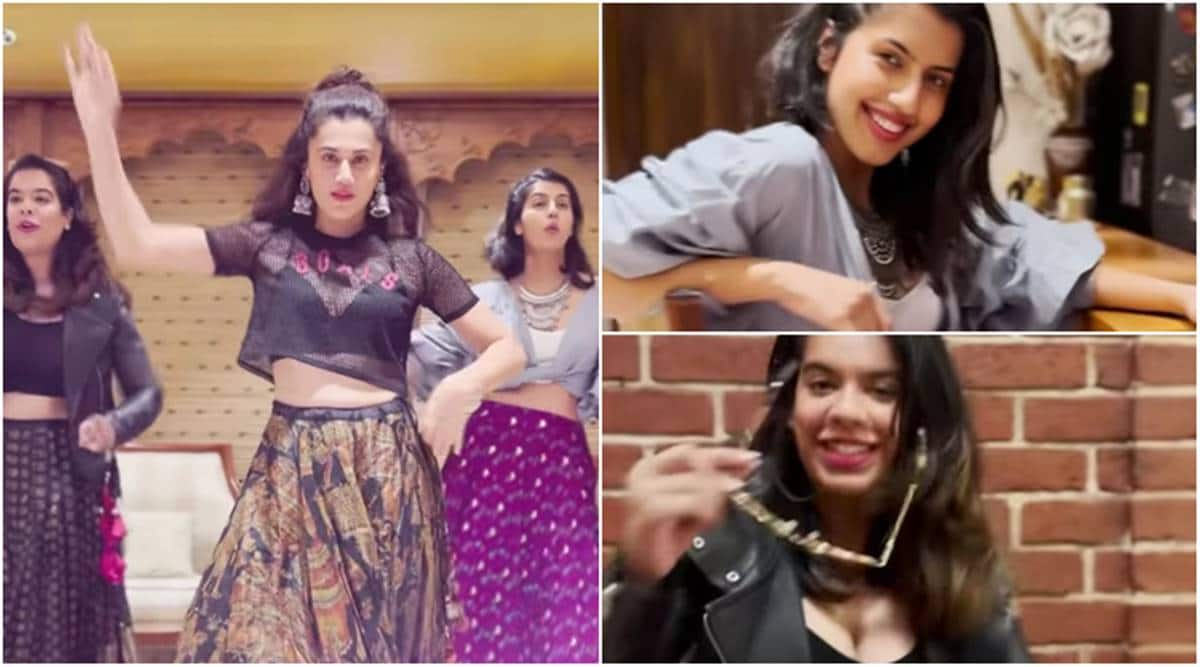 Navratri is around the corner. But before we pick our dandiya sticks, Taapsee Pannu has already got into the festive mood. The actor on Wednesday dropped a video on Instagram, where she’s dancing to the beats of her newly released song “Ghani Cool Chori” from her upcoming film Rashmi Rocket. And joining her are her sisters Evania Pannu and Shagun Pannu at their ‘Pannu Pind’.

The video opens with Shagun as the camera shifts to Evania and then Taapsee who makes a starry entry. This isn’t the first time the Pannu sisters have performed together. Earlier their video on “Biggini Shoot” which they shot during their Maldives vacation went viral. Infact Taapsee referred to their ‘Biggini Shoot’, and wrote in the caption of the new video, “From Biggini to Ghagra we do it all together at our very own Navratri ground called ‘Pannu Pind’”

Soon after Taapsee posted the video, her industry friends and fans flooded the comments section. “Damn.. who shot..??? what an amazing camera work.. what craft behind the camera.. mind blowing shots taken.. Lots of respect and love for the DOP,” wrote Taapsee’s friend and actor Abhilash Thapliyal. While Sanya Malhotra left love filled emojis, screen writer Kanika Dhillon was also all praise for the video too. Kanika has also written Rashmi Rocket, which is her third collaboration with Taapsee after Manmarziyaan and Haseen Dilruba.


Meanwhile, Rashmi Rocket is a sports-drama directed by Akarsh Khurana. The film also stars Priyanshu Painyuli and Abhishek Banerjee. It will premiere on ZEE5 on October 15.