Sonam Kapoor was received by her father, actor Anil Kapoor, at the Chatrapati Shivaji Maharaj International Airport in Mumbai on Tuesday night. 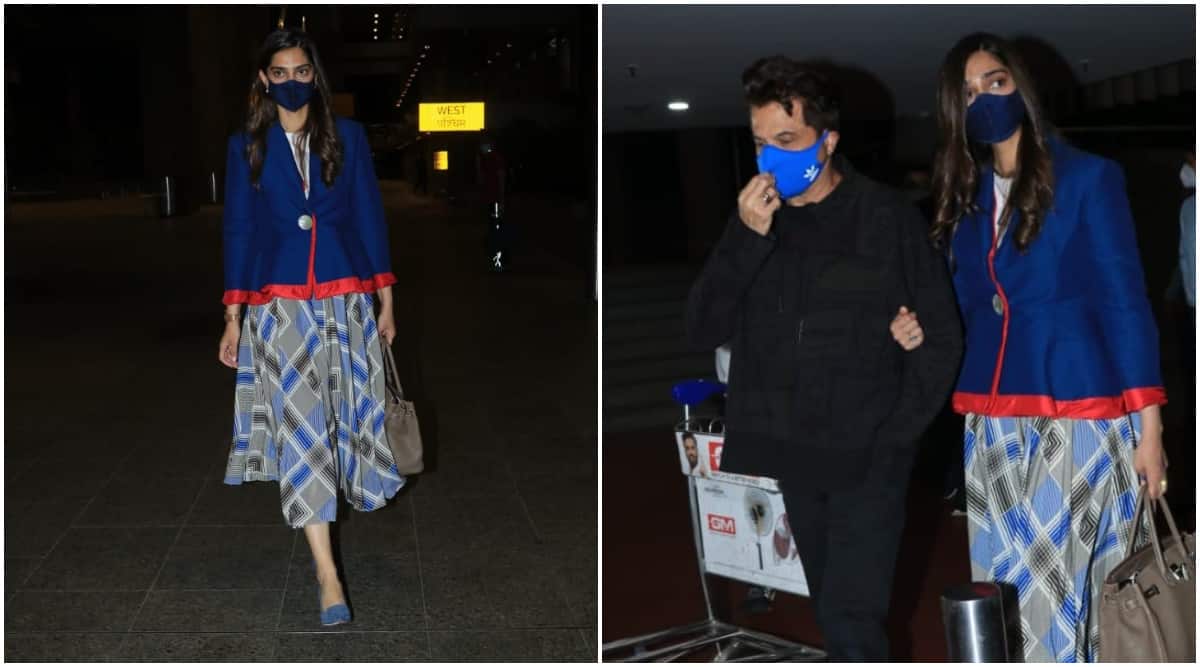 Bollywood actress Sonam Kapoor has reunited with her family almost after a year as she returned to Mumbai from London on Tuesday. The actor had an emotional reunion with her dad, Anil Kapoor, at the airport and could not hold back her tears.

Sonam was spotted at Mumbai airport late on Tuesday night. Anil Kapoor had come to pick her up at the airport.

Sonam had shared a story on her Instagram handle on Tuesday, where she revealed that her husband, Anand Ahuja, was dropping her at the airport and that she is Mumbai bound. She had also posted a picture of herself sitting in the flight, where she wrote, “home coming.” Sonam was seen following all Covid-19 protocols in the photo. 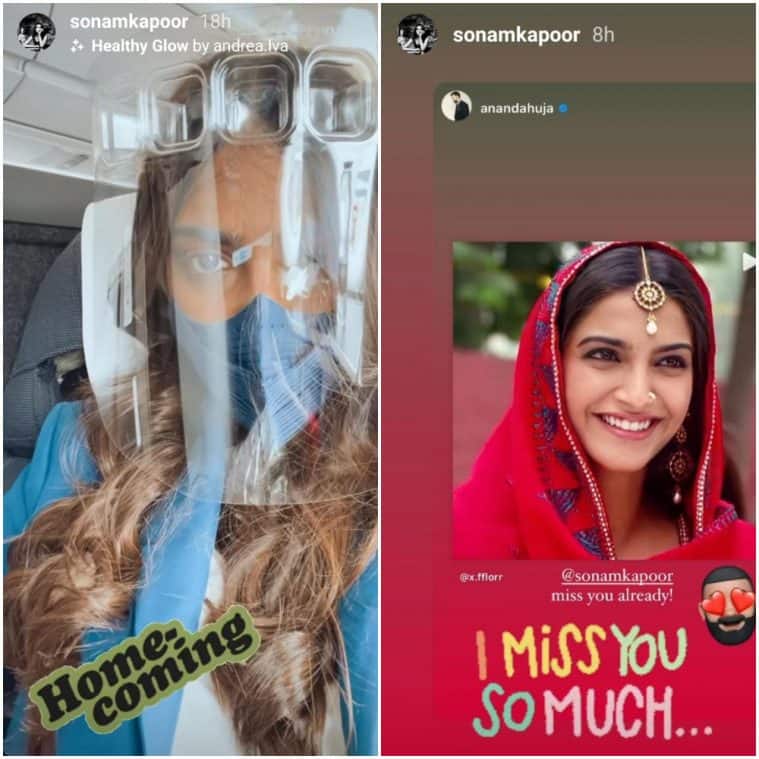 A few hours after Sonam took off from London, Anand posted a picture of Sonam on his social media platforms and wrote, “Miss you already!”. To this, Sonam responded by writing, “I miss you so much…”

Sonam also got a warm welcome from Mumbai paparazzi, which was stationed at the airport. Sonam, at her fashionable best, donned a blue midi dress with a structured jacket. She was also seen wearing a face mask. 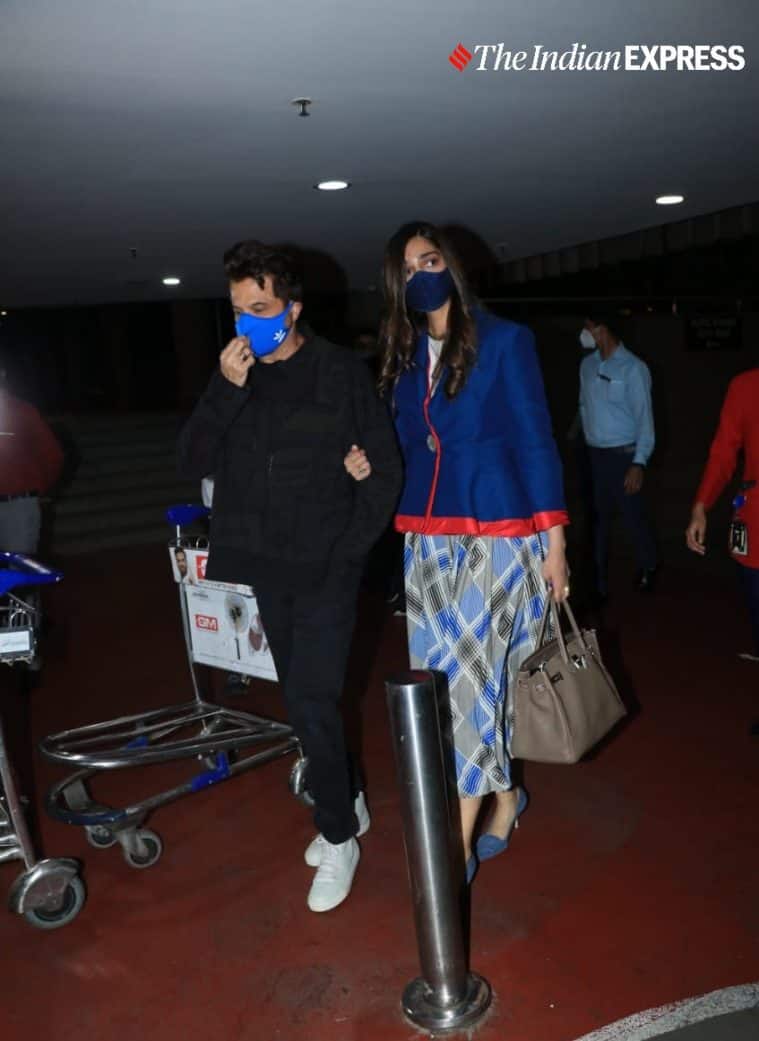 Sonam has been in London since 2020. She could not travel to India for work or to meet her family due to the outbreak of Covid-19 pandemic. Sonam and Anand married in 2018 in Mumbai. Anand is based in Delhi and London, and the couple shuttle between the two cities, as well as Mumbai.

On the work front, Sonam was last seen in The Zoya Factor with Dulquer Salmaan (2019), and AK vs AK (2020) with Anurag Kashyap and Anil Kapoor. She recently wrapped up Blind. The film is a remake of a 2011 South Korean thriller, and Sonam plays a visually challenged cop in search of a serial killer.

Sonam was also missed at the recently concluded Cannes Festival due to travel restrictions owing to the pandemic.