Shanaya Kapoor, who is all set to make her debut in Bollywood, celebrates her 22nd birthday today. 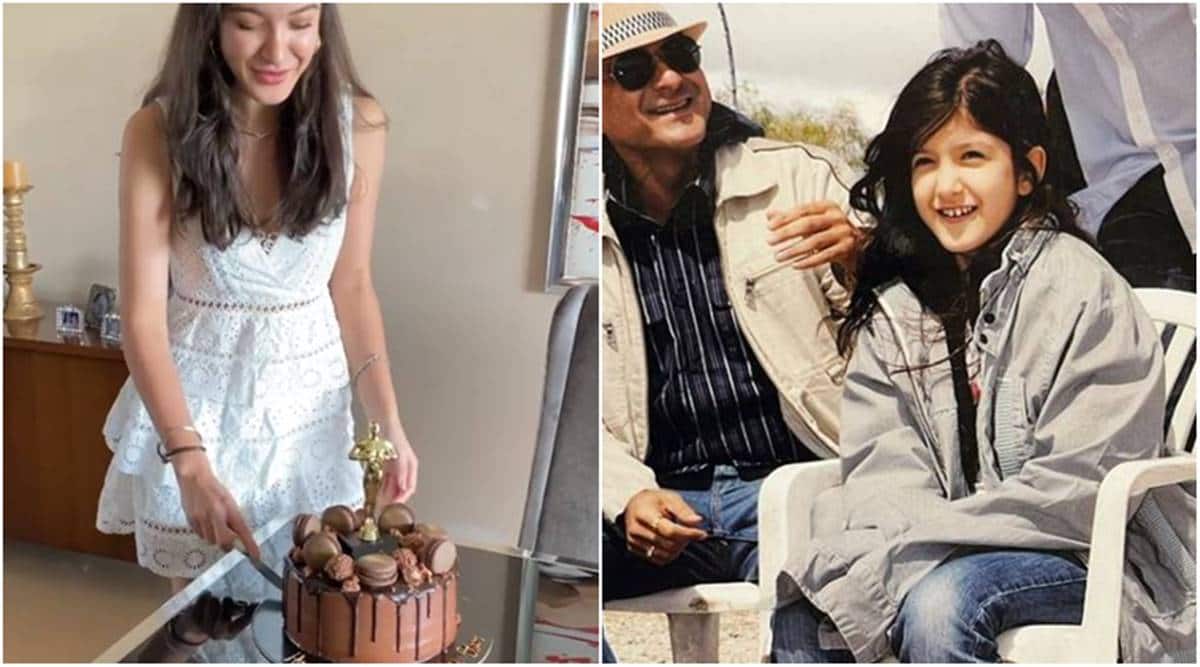 Shanaya Kapoor, who turns 22 today, celebrated her birthday eve with her family. Giving a glimpse of the celebration, her father and actor Sanjay Kapoor treated fans to a cute video. In the video, Shanaya is seen cutting her birthday cake. The chocolate cake came with an Oscar statuette on top. We also spotted “Happy birthday you Star” written around the cake.

Sanjay Kapoor shared the video on his Instagram account with a caption that read, “Happy birthday my ❤️ always be happy and keep smiling like this , love you.” Soon, the video received adorable comments from his friends and followers. Kanika Kapoor, Neelam Kothari Soni, Farah Khan, Nandita Mahtani and many others dropped ‘Happy birthday’ messages for Shanaya.

Maheep, on the other hand, treated Shanaya’s fans to some adorable throwback photos. Sharing the pictures, Maheep called Shanaya as her “heart & soul.”

Cousin Arjun Kapoor also wished Shanaya and asked her to stay focussed this year. Shanaya is expected to start shooting for her Bollywood debut soon. “Happy birthday @shanayakapoor02 I hope & pray this year gives you the chance to discover & find true happiness thru your work & the people you meet… make the most of this year because it will lay the foundation of the rest of your life… stay as focused as you are and keep smiling like you always do… love you 😘 🤗,” he wrote.

On the work front, Shanaya will be a part of a Karan Johar film soon. She also worked as an assistant director on Janhvi Kapoor’s Gunjan Saxena The Kargil Girl. Earlier this month, Shanaya recalled the experience and called it “a wonderful, fulfilling and enriching experience.”

In an interview with ANI, Shanaya expressed, “It made me fall in love with what I want to do even more! The biggest takeaway for me was learning how the process before reaching set is the defining foundation of creating the story! I understood a lot that I wasn’t aware of before,” Shanaya shared.

She also opened up on the comparisons and judgments star kids face. “Judgements are an inevitable part of the work I am pursuing, but I stay positive and focus on the people who are always cheering me on, whether it be followers on Instagram or the press/media, I focus on their love and support, then the rest just fades out for me! Focusing on the positives is the way to be,” she concluded.

Shanaya had announced her debut earlier this year. However, she has not opened up on the project, which will be produced by Karan Johar.


“Excited to kickstart my FIRST FILM (ahhh!!) this July by @DharmaMovies, can’t wait for you all to see what we’re up to!” she had shared.