Satyameva Jayate 2 song Kusu Kusu: We expect the Nora Fatehi song to sink into the congealed mass of similar-sounding numbers with the tune that gives you deja vu. Nora, as always, is scinitllating. 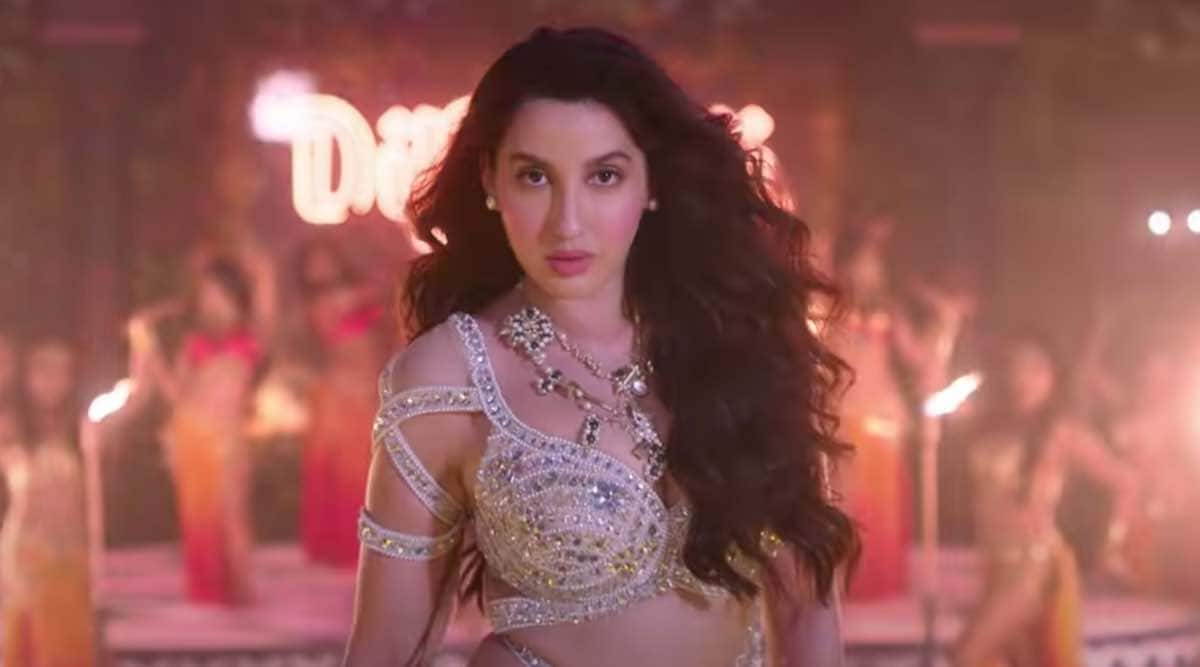 The song Kusu Kusu from the film Satyameva Jayate 2 has just dropped, and it features Nora Fatehi. Sung by Zahrah Khan and Dev Negi, with music by Tanishk Bagchi, the song sees Nora dancing among flames, while John Abraham watches moodily from a corner, as he appears to be on one of his missions. The lyrics have been written by Tanishk.

While Nora’s moves are scintillating as usual, the song isn’t catchy. We expect it to sink into the congealed mass of similar-sounding numbers with identical tunes that makes one feel as if they’ve heard this all before, just with different lyrics and a marginally different notes. Yet, it would be interesting to see where this song fits in the vigilante drama, featuring John in the lead.

In the first film, John plays the role of a vigilante, who is determined to weed out corruption in society, on his own terms. His methods are not exactly conventional, and this lands him in trouble with his own brother, played by Manoj Bajpayee. Satyameva Jayate 2 is a vigilante action drama, following on the heels of the 2018 film. Also starring Anup Soni, Harsh Chhaya, Gautami Kapoor and others, the film marks the acting comeback of Divya Khosla Kumar. John will be seen in a triple role as he essays the role of father and two sons who are on the opposite sides of the ideological divide. Satyameva Jayate 2 will release on November 25, 2021.