The fifth and latest episode of Ted Lasso, titled Rainbow, included a joke about Ryan Reynolds and Rob McElhenney's ownership of Wrexham AFC. 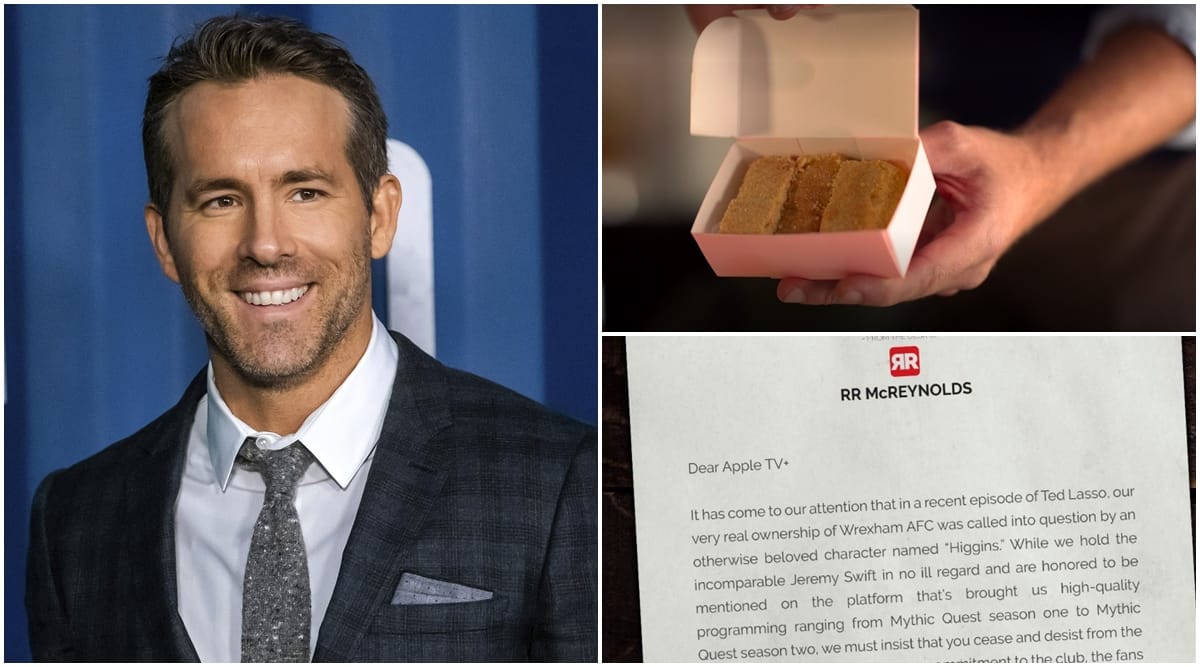 Deadpool star Ryan Reynolds is pretending to be highly affronted with the mention of the Welsh association football club Wrexham AFC in Apple TV+ popular comedy series Ted Lasso. The club is jointly owned by Reynolds and It’s Always Sunny in Philadelphia creator, actor Rob McElhenney through their company RR McReynolds, which is an amalgam of the owners’ names.

The fifth and latest episode of the Jason Sudeikis-starrer series, titled Rainbow, included a joke about the team. Leslie Higgins (Jeremy Swift) said this in connection to the duo’s ownership of the club: “I can’t tell if them buying the club is a joke or not.”

Reynolds shared a “cease and desist” letter bearing the name ‘RR McREYNOLDS’. Jointly signed by both the owners, it read, “It has come to our attention that in a recent episode of Ted Lasso, our very real ownership of Wrexham AFC was called into question by an otherwise beloved character named “Higgins.””

The letter went on to say that while they hold the “incomparable” Swift in no ill regard and are honoured to be mentioned on Apple TV+ that “brought us high-quality programming ranging from Mythic Quest season one to Mythic Quest season two”, Apple TV+ should “cease and desist from the casting of any doubt regarding our commitment to the club.”

Incidentally, Mythic Quest, a comedy series, is co-created by and stars Rob McElhenney.

The official account of Apple TV+ responded to the letter by saying, “We like our high-profile celebrity arbitration just like Roy Kent: hard packaging on the outside, but soft goodness on the inside. Biscuits are on their way.”