Rhea Chakraborty has posted another picture on Instagram, after dedicating a post for her mother on International Women's Day, earlier this month. 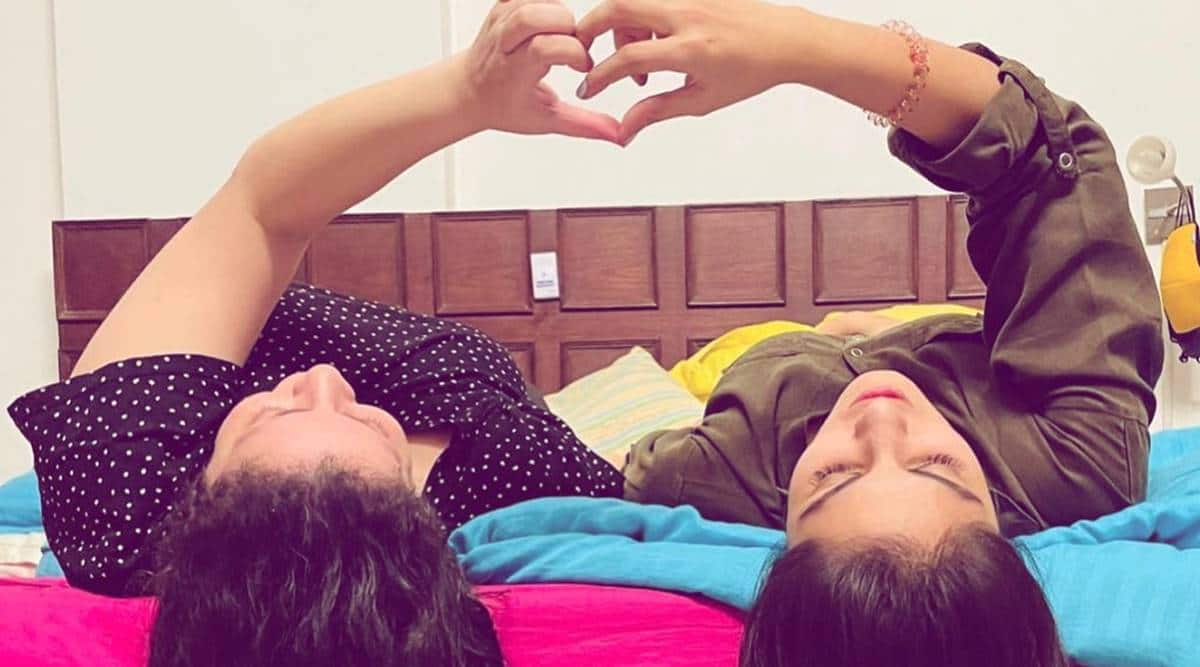 Actor Rhea Chakraborty shared a picture with a caption that read, “Love is power.” The photo features Rhea caught in a candid moment with her friend Nidhi Parmar Hiranandani. The two are seen trying to make a heart with their hands. Quoting Rober Fulghum, Chakraborty wrote, “‘Love is a fabric which never fades, no matter how often it is washed in the water of adversity and grief’” Nidhi, in response to the post, dropped a heart emoji in the comment section.

The picture was originally posted by Nidhi in December. Sharing the picture, the producer wrote, “Always fierce, always together.”

Rhea’s latest Instagram update comes two weeks after she posted a picture of her hand holding her mother’s hand. The picture was dropped on the occasion of International Women’s Day. “Maa and me .. together forever … my strength, my faith, my fortitude – my Maa,” she wrote as the caption.

Rhea is all set to make her Bollywood comeback with Chehre, which stars Amitabh Bachchan and Emraan Hashmi in the lead role. However, the makers refrained from promoting her. Even the trailer shows Rhea in a blink-and-miss appearance.

Talking about Rhea’s absence, Chehre producer Anand Pandit said that while the public scrutiny never affected his decision to retain the actor in the film, he knew the media attention could take a toll on Rhea if she participated in public engagements for the film.

“A lot of issues have happened in Rhea’s life over the last one year. I never wanted to give another turmoil to her… till the time she is not comfortable (promoting the film). For my project or benefit, I don’t want to create ripples in somebody’s life.

“Since the beginning I was committed that Rhea would be a part of the film irrespective of what happens. The whole cast and crew praised my stand that I would have her in the film. There was no question of replacing her or shortening her role. But we decided that we will bring her (in public) at an appropriate time, whenever she is comfortable. I asked her if this was okay with her. Our conscience was pure. I was not fearing any backlash,” the producer said in an interview with indianexpress.com.