Antim: The Final Truth's female lead Mahima Makwana has had a successful television stint. From starting her career as a child actor to playing teenage characters and the young bahu, here's looking at her small screen journey. 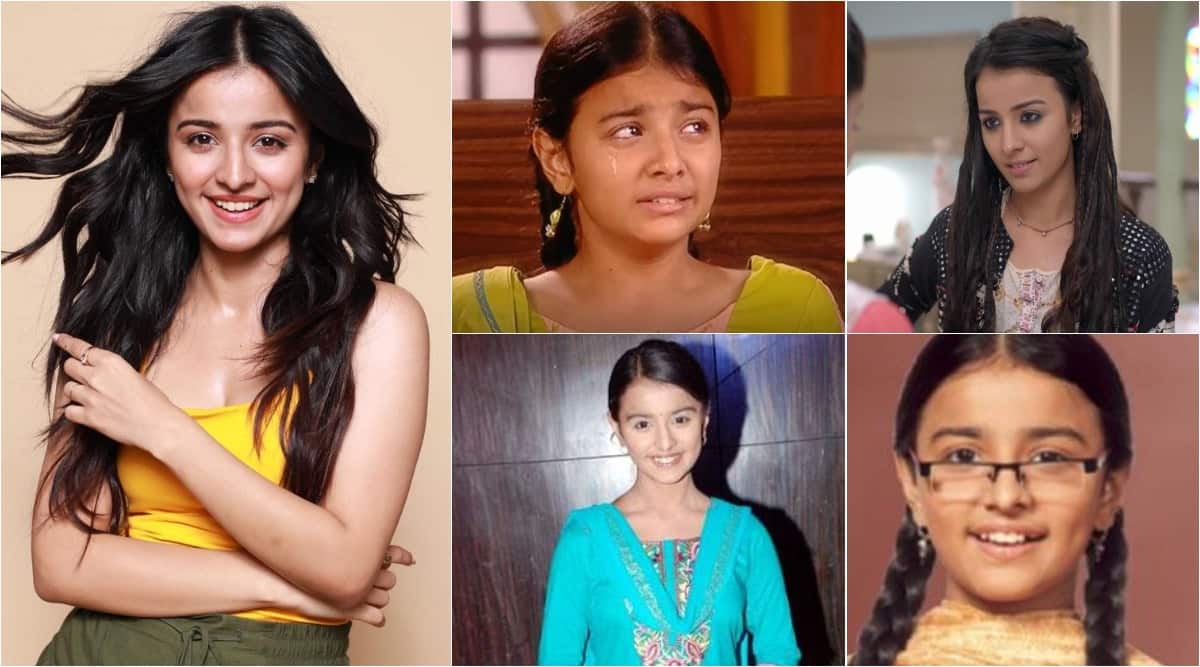 Ever since the trailer of Antim: The Final Truth trailer dropped, the fact that Salman Khan is sharing screen space with brother-in-law Aayush Sharma is making a lot of noise. Apart from them, it’s the film’s leading lady Mahima Makwana who’s also basking in the limelight. A popular face on television, the 22-year-old is set to make her mark on the big screen. But before you see her rub shoulders with Salman and Aayush, here’s looking at Mahima’s TV journey.

Born in a humble family and having lost her father when she was just five months, the young girl entered the entertainment industry in 2008 not just to earn money to help her family survive but also because she wanted to live her mother’s unfulfilled dream of becoming an actor. After blink-and-miss roles in shows like Mohe Rang De, CID, Aahat, Miley Jab Hum Tim, Jhansi Ki Rani, it was Balika Vadhu that got her noticed. On the show, Mahima played Gauri, the young girl who almost gets married to Jagya (Avinash Mukherjee) after Anandi (Avika Gor) suffers from mental imbalance. While it was a cameo, she managed to make a mark. Also, given the character came back after a leap to create havoc in the couple’s life, it made quite an impact.

Post the social drama, Mahima Makwana played the youngest sister in Sawaare Sabke Sapne…Preeto. While she played one of the leads, this show changed her fortune (and also Devoleena Bhattacharjee’s). After having been part of nearly 500 auditions, the actor bagged the biggest project of her career Sapne Suhane Ladakpan Ke in 2012. The daily not only made her a household name but also forced the audience and industry to look at her as a leading lady.

The daily, which ran for three years, saw her play the docile Rachna Shrivastav. She is joined by her cousin Gunjan (Roopal Tyagi), who has a completely different persona. The daily brought alive the many ups and downs in the life of adolescents. From family issues, college to turbulence in relationships, the Zee TV show turned out to be quite a favourite. Post Sapne Suhane Ladakpan Ke, Mahima starred in Dil Ki Baatein Dil Hi Jaane. Picking a character closer to her age, the actor played a loving daughter to Ram Kapoor and Gurdip Punj. A take on Mahesh Bhatt’s Daddy, the show saw her play Disha, who, while dealing with the pain of losing her mother to cancer, has to also support her father emotionally.

Mahima Makwana also tried her hands at supernatural drama with &TV’s Adhuri Kahaani Hamari. The serial had everything – romance, thrill, rebirth to tales of naagin – yet it failed to connect with the audience. While many young actors mostly get to play leads in shows that revolve around ‘bahus’, she managed to sign Rishton Ka Chakravyuh and Mariam Khan – Reporting Live. Rishton Ka Chakravyuh saw her play the 17-year-old free-spirited Anami, who deals with the classist biases after she is adopted into a royal family. In Mariam Khan – Reporting Live, the actor essayed the role of a young journalist, who also fights to clear her adopted family’s name of terrorism charges.

Her last television show Shubharambh saw her play Rani. While she comes from a humble background, the sharp girl is an ace entrepreneur who values relationships. Mahima’s pairing with Akshit Sukhija was much loved and the two, as Raja and Rani, managed to keep their audience entertained for close to a year.

As Mahima Makwana steps into the world of cinema, here’s wishing her all the best.