Kapil Dev’s historic World Cup win wasn’t the only highlight of 1983. Sukanya Verma looks back how the year treated Bollywood.

It was a year of excitement and extremes.

If parallel cinema in India looked more lucrative than ever, exploring what plagues the marginalised, mainstream masala stayed true to its madcap roots fixating on the poor boy-rich girl trope.

A refreshingly new energy of fresh talent as well as formidable from down South stormed the Hindi silver screen while written-off superstars made a thumping comeback.

Debutant directors (Shekhar Kapur, Kundan Shah) helmed instant classics as the 1980s delivered the most sensitive take on adultery as well as the most quoted film of its decade.

1983 is a cherished year in history and Hindi cinema. Sukanya Verma gives us a recap:

When Jaane Bhi Do Yaaro left us in splits

Kundan Shah’s modestly made satire is one of our most beloved films of all time.

Right from its delightful trivia to catchy background score and hilarious scenes involving a mob chasing a corpse, a speech on the gutter or the climax remains etched in public memory. 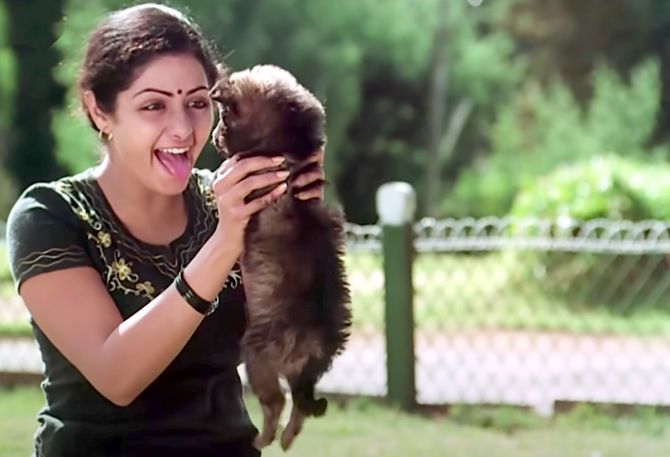 Sridevi’s breakout role in Bollywood is pretty much its own school of acting.

In the same breath, she slipped into quintessential arm candy roles for blockbusters of the year like Himmatwala and Justice Chaudhury. 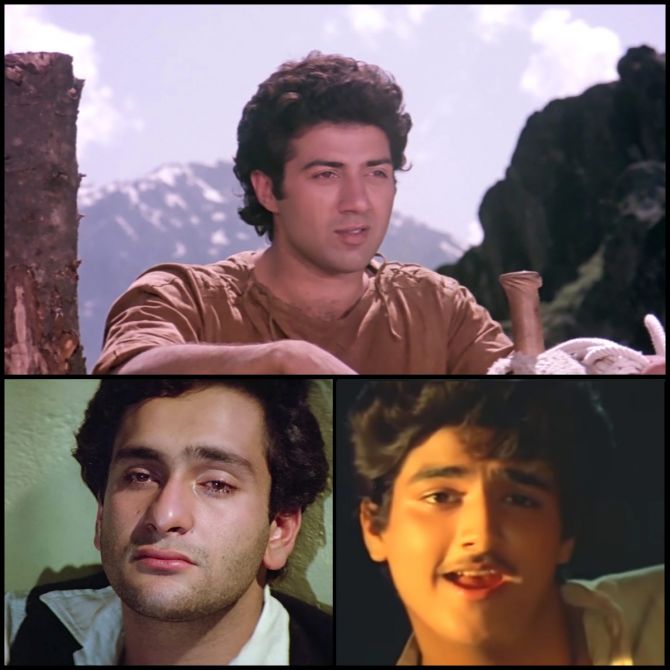 If Dharmendra’s son Sunny Deol showed off his machismo to sparkling effect in Betaab, Manoj Kumar’s son Kunal Goswami made his adult debut in films like Ghungroo and Kalaakaar whereas Raj Kapoor’s youngest Rajiv tried his luck with Ek Jaan Hai Hum.

Only Sunny would emerge as the real lambi race ka ghoda.

Baap of all debuts 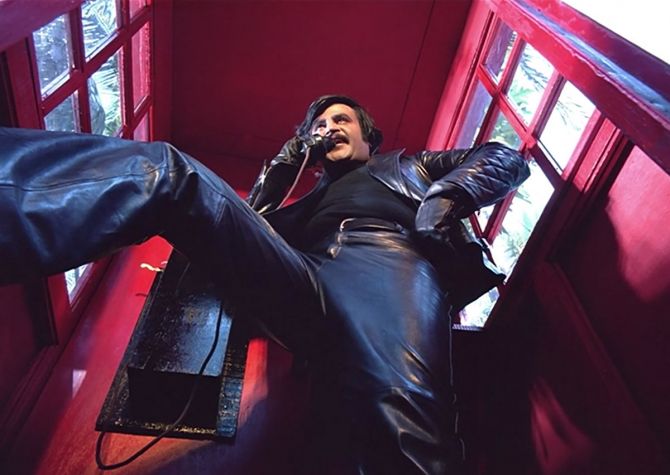 Superstar Rajnikanth showed what the fuss is all about with his killer style and cool antics as the vendetta seeking ruffian hoodwinking his cop sister in his Bollywood debut vehicle, Andha Kanoon. 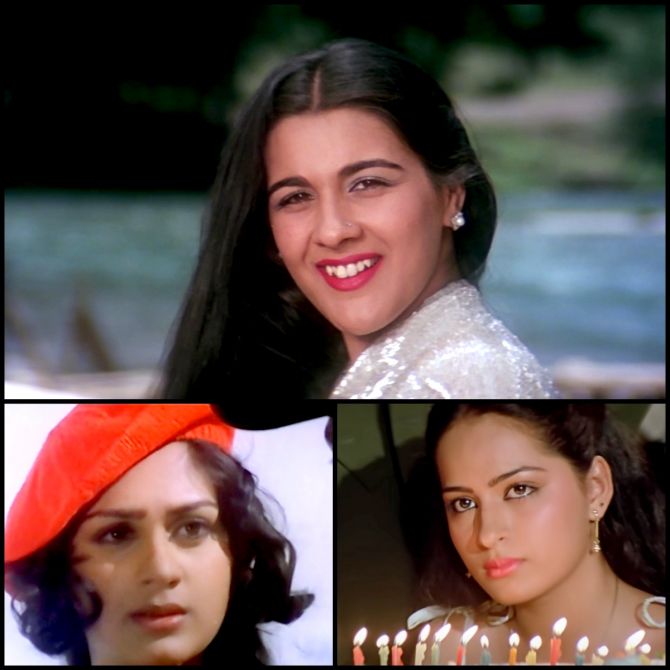 Amrita Singh’s bratty turn in Betaab, Meenakshi Seshadri’s forgettable one in Painter Babu until Hero would release and save the day and Divya Rana’s pretty presence in Ek Jaan Hain Hum infused some fresh vigour in the leading ladies space.

While Meenakashi and Divya have settled for domestic bliss, Amrita Singh continues to impress in occasional meaty roles while her kids Sara and Ibrahim pave their path to stardom.

Of romantic flutes and red bandanas 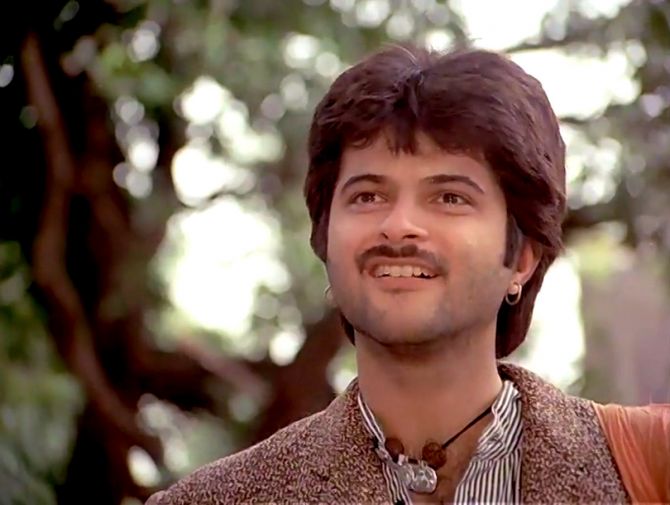 Back when all his contemporaries were flexing their ‘hero’ appeal, AK’s preparation and performance as the gawky, aspiring music director Prem Pratap Singh Patiyalawale in Bapu’s romantic drama, reworked as Hum Dil De Chuke Sanam and Manmarziyaan, would inspire future generations to come. 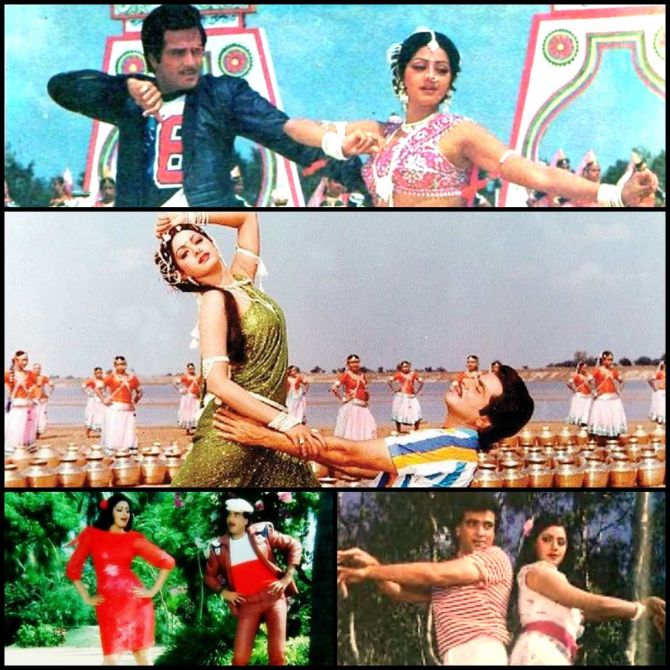 Big B’s near-fatal experience on the sets of Coolie 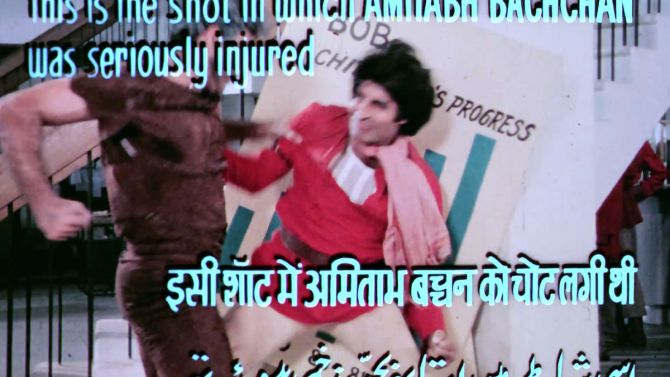 Although the freak accident that nearly killed Amitabh Bachchan occurred a year before, its memory was rendered immortal when Director Manmohan Desai paused the frame exactly at the point it happened and highlighted it for all and sundry when Coolie released in December 1983.

Rise and rise of parallel cinema 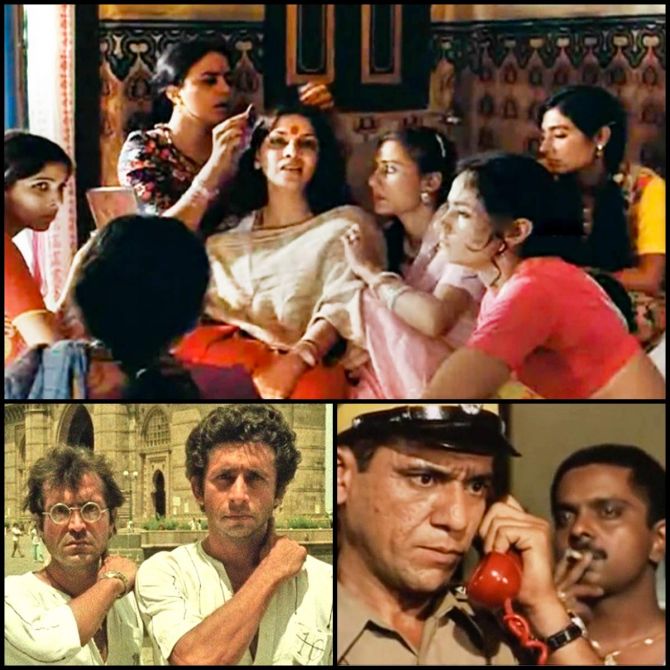 Often a subject of contempt, the 1980s in Hindi cinema are better than they get credit for. And the year 1983, when patrons of parallel cinema delved into the psyche and pathos of the tormented section of society with haunting seriousness or biting sarcasm has a big role to play in it. 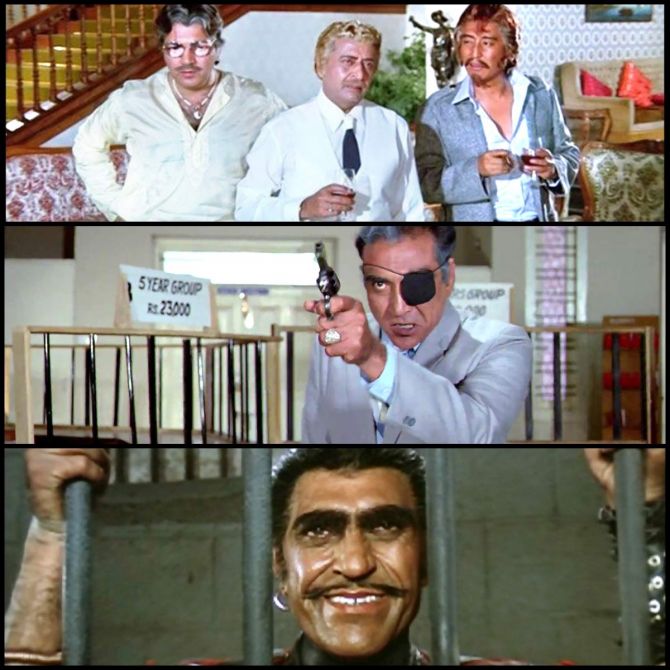 But the masala genre was unfazed by the rise of realism as the face of villainy sporting outlandish disguises and cheesy get-ups remained as over the top as ever. 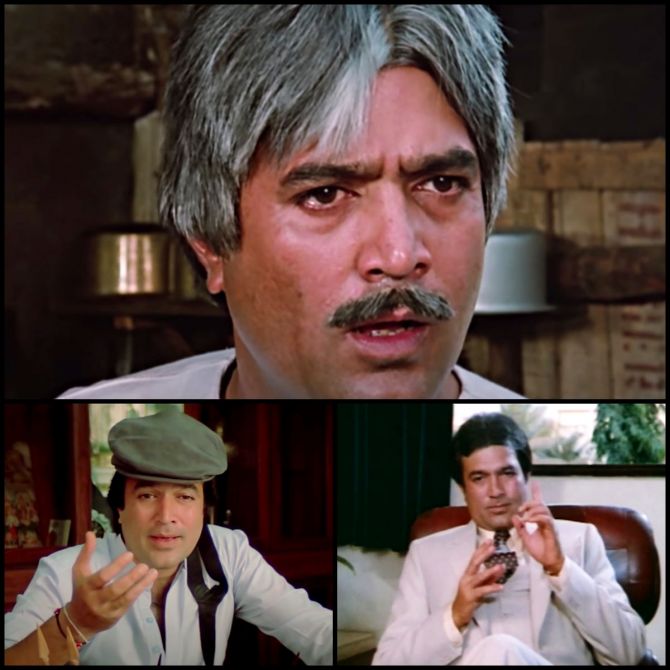 Just when everybody thought Kaka has drowned under the massive angry young man wave, the actor bounced back as the indignant old man in Avtaar, a businessman seeing his deaf wife’s shadow in his kid’s lookalike governess in Agar Tum Na Hote and a poor boy married to spoilt rich girl while nursing a soft spot for another in Souten.

The magnificent farm house constructed around Pahalgam and Cinematographer Manmohan Singh’s lush captures of landscapes and streams are a source of the love story’s lasting freshness. Its association with the site in Jammu and Kashmir became so strong, rechristening the spot to Betaab valley. 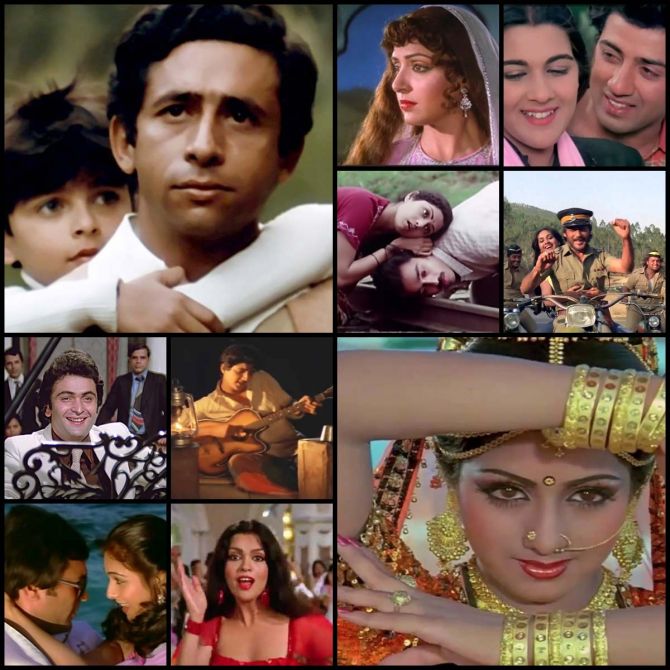 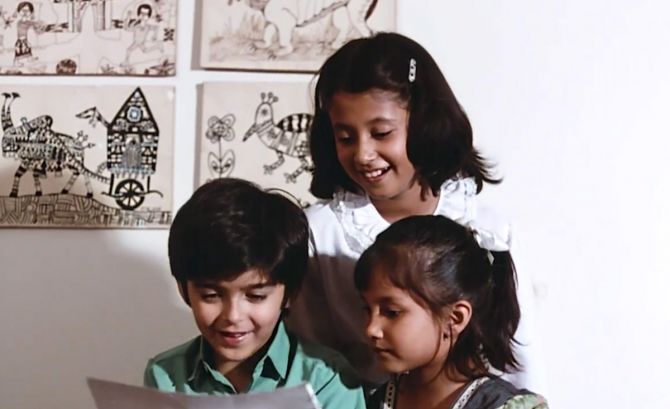 Jugal Hansraj, Urmila Matondkar and Aradhana Srivastava, the wonderful kids of Shekhar Kapoor’s Masoom brought tremendous believability as siblings forming a family of their own in ways precocious child actors never can. The knee high cast of Masoom has long grown up since, but on screen they will remain innocent forever.

A touch of queer 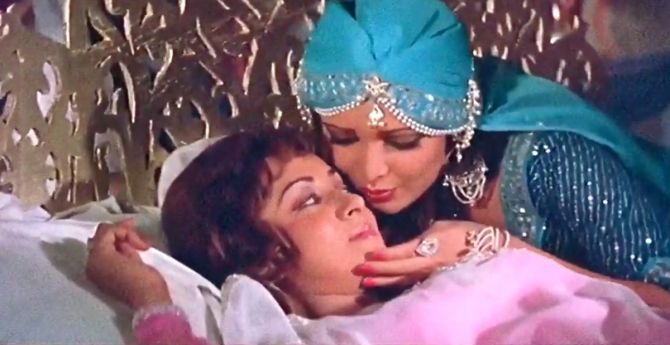 Though Kamal Amrohi’s biopic on Razia Sultan proved to be an expensive flop, Khayyam’s exquisite soundtrack and a hint of homoerotic vibe between Hema Malini and Parveen Babi during Khwab Bankar Koi Aayega continues to a talking point. 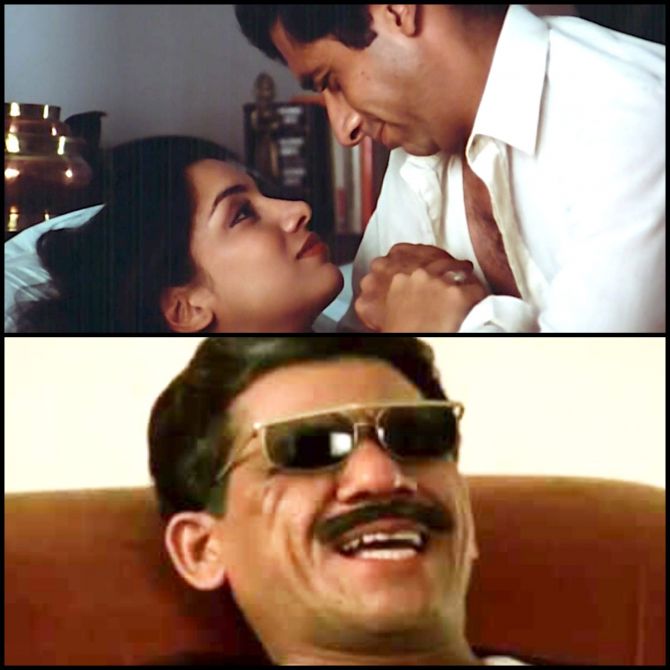 Experimental cinema at its patchiest 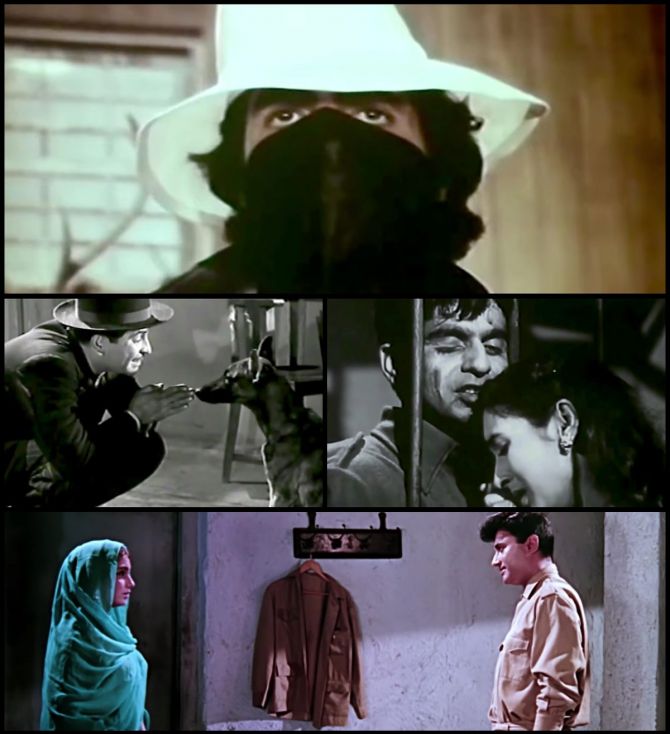 Dedicated to the ‘indomitable spirit and passion of those thousands of cine artists and technicians whose films remained unfinished, ambitions unrealised, dreams unfulfilled and careers unlaunched,’ Producer Shahab’s Film Hi Film put together by Director Hiren Nag with Pran headlining the project is the strangest hodgepodge of shelved scenes from movies that never saw the light of the day.

Ever wondered about Raj Kapoor’s Bahrupiya, Dilip Kumar and Nutan’s pairing in Shikwah or Dev Anand-Sadhana’s Eastman colour romance in Sajan Ki Galiyan or a Khuda Gawah quite unlike the one Amitabh Bachchan eventually starred in?

Interestingly, a poster of Bachchan’s cowboy avatar from the stalled Khuda Gawah is conspicuous on Jomo’s wall in Sai Paranjpye’s Chashme Buddoor. Does it ring a bell?

Lies and laughter are the best medicine 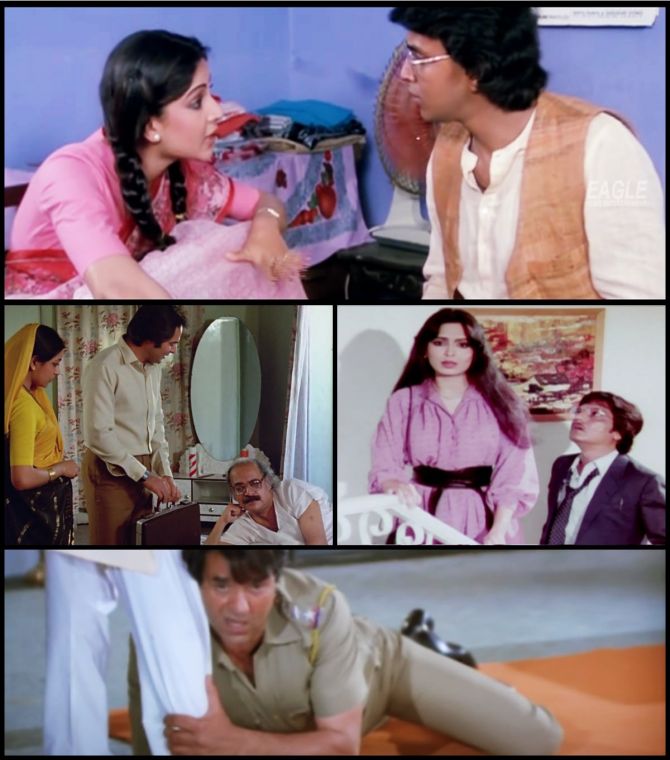 Dark side of Bollywood 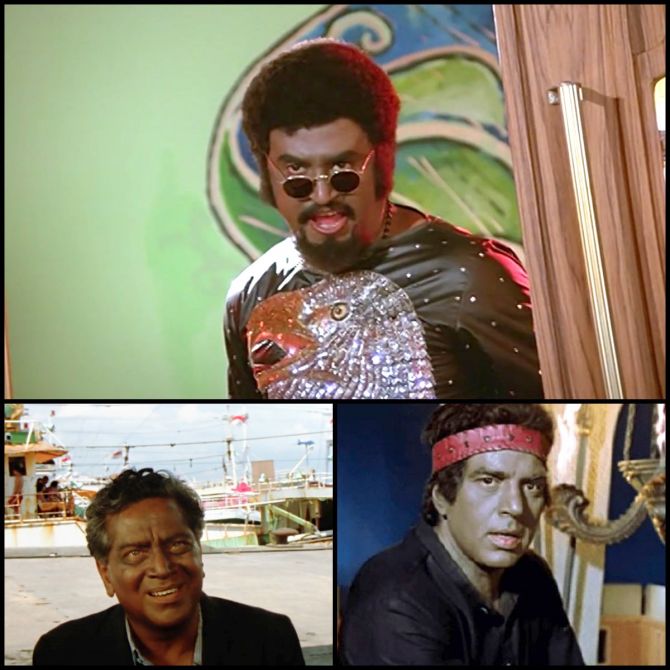 Painting characters in the darkest hues rather literally, be it to highlight Sreeram Lagoo’s lower caste status in Souten, Dharmendra’s African origins in Razia Sultan or Rajnikanth masquerading as an exotic dancer in Andha Kanoon underscored the cringe-worthy traditions of Bollywood film-making that quietly persist. 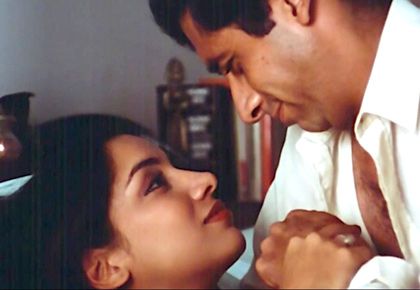