Known for portraying the iconic role of Ravan in TV show Ramayan, Arvind Trivedi passed away due to age-related illness on Tuesday night. He was cremated on Wednesday morning in Kandivali area in Mumbai. 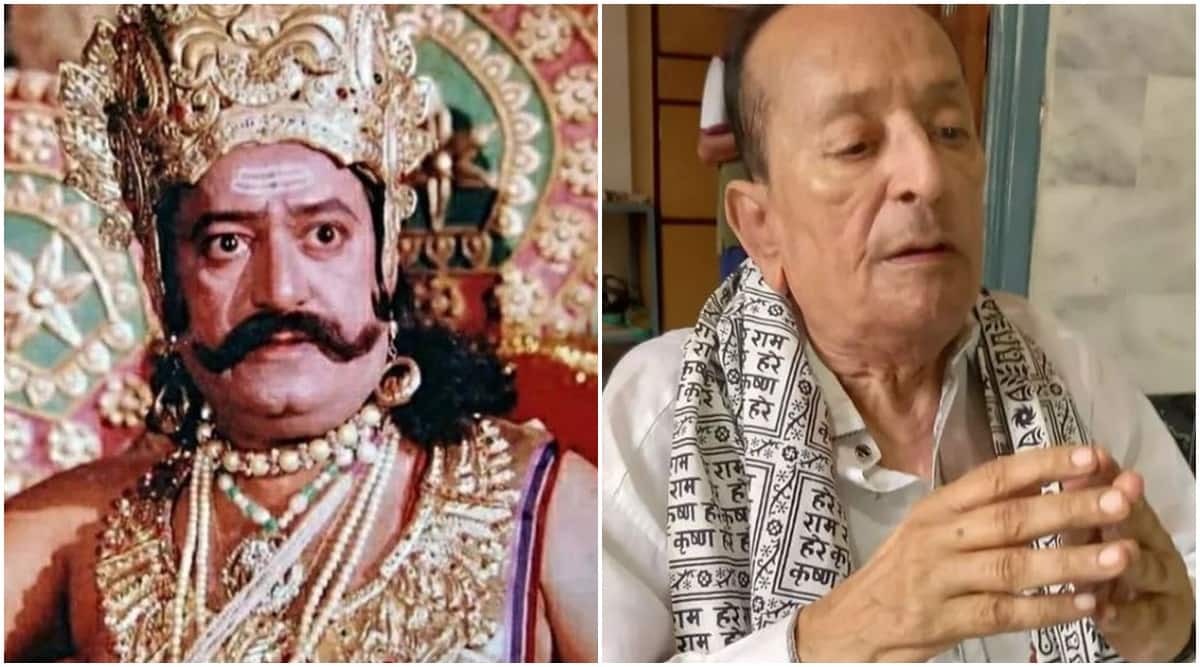 Veteran actor Arvind Trivedi, most popular for playing the role of Ravan in Ramanand Sagar’s TV show Ramayan, passed away on Tuesday at the age of 82. The actor, who won praise for his portrayal of the demon king, had spoken to BBC Hindi last year about his experience of essaying that character.

The interview was given in parts by Arvind (who was presumably not keeping well at the time), and his granddaughter. Speaking on behalf of her grandfather, she spoke about the kind of rituals Trivedi followed on the sets of the iconic show.

A devotee of Lord Ram, Arvind apparently would keep a fast while shooting scenes as Ravan out of respect and devotion to the god. “It took him five hours to get ready. He used to fast during shoot, would do Ram’s aartis. Before the filming would begin, he would do a lot of puja, even ask for forgiveness for all the evil things he would have to say to Lord Ram during filming,” Trivedi’s granddaughter had said.

When asked how he got the chance to play Ravan, Arvind himself said that it came as a ‘blessing.’ “More than 400 people auditioned for it. My life got made with it. I did more than 250 Hindi and Gujarati films as a result,” the actor said. Later, his granddaughter took over and stated that he was grateful for all the love he received. “He always remembers his trip to Ujjain with Ramanand Sagar fondly. Five lakh people had gathered to see him.”

Arvind Trivedi became a Member of the Parliament in the tenth Lok Sabha.

Arvind Trivedi passed away due to age-related illness on Tuesday night. He was cremated on Wednesday morning in Kandivali area in Mumbai.